He has been trolling people on Twitter when they ask him to rate their food. 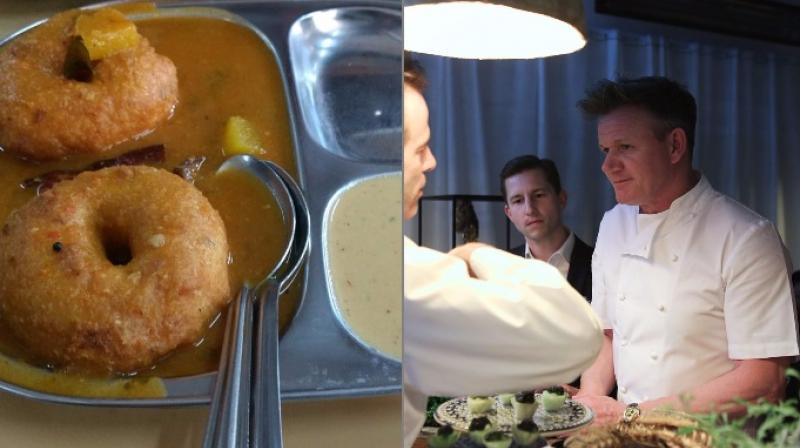 Ramsay got a taste of his own medicine (Photo: Twitter)

Gordon Ramsay may be among celebrity chefs with a worldwide following and may have been making headlines after trolling people on his show and those who approach him to rate their food on Twitter. But he didn’t see what was coming when he thought going after Medu Vada was a good idea.

A Mumbai man tweeted the picture of a plate of the popular South Indian breakfast and asked Ramsay to rate it. The culinary maestro hit back with stinging sarcasm implying that it looked like food served in prison.

I didn't know you can tweet from prison https://t.co/rxrPPBonff

While most of his tweets have made people chuckle, this didn’t go down well with twitterati who came after Ramsay all guns blazing.

@GordonRamsay The food looks normal plate of Vada, Sambar and chutney. Unless you mean normal Indian food is only good for prison.

This Indian food lover called him out for taking a jibe at Medu Wada as an attack on Indian cuisine entirely.

@GordonRamsay Trolling a staple bfast food of South India, Lanka, Malaysia and Singapore......pray ur food tastes better than your words.

Some gave the Hell’s Kitchen host a taste of his own medicine, reminding him of the popularity of Medu Vada and taking a shot at his cooking.

@GordonRamsay Every cuisine that you're ignorant about is not from prison!https://t.co/LlJI65sJD7

Ramsay might be a popular face on television and is surely known for his wit, but he clearly miscalculated the popularity if Medu Vada.