The right to remix

Remixes seem to be the trend of the times. Remixers, singers and critics weigh in on the trend, and each of their perspectives is rather interesting. 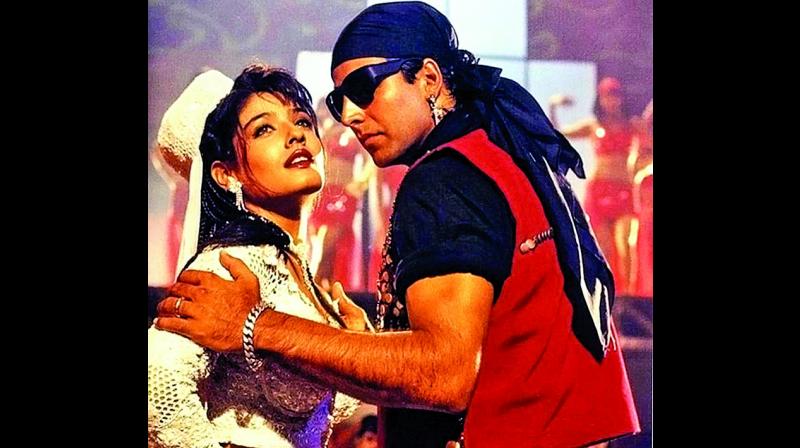 On his social media page, among other caveats, Vishal Dadlani of the Vishal–Shekhar duo cautions, “Warning: I WILL sue anyone making remixes of Vishal & Shekhar songs. I’ll even move court against the films & musicians. After Saaki Saaki, I hear upcoming bastardisations include Dus Bahaane, Deedaar De, Sajnaji Vaari Vaari, Desi Girl & more. Make your own songs, vultures!”

Ironically, his song Dus Bahaane is being remixed for Baaghi 3, and the composer is apparently negotiating with the music company and the producers not to ‘murder’ his song.

Been there, done that
In fact, for all the brouhaha on their social media profile, Vishal–Shekhar has quite the reputation of copying songs. Not too long ago, the duo had used the RD Burman song Bachna Ae Haseeno including the signature trumpet sequence in the song and the hookline for the title track of the film Bachna Ae Haseeno. Panchamda, however, wasn’t around to sue them though.

Again, a couple of years later, the duo used Disco Deewane for Karan Johar’s Student Of the Year, but by then Nazia Hasan, the original singer of the song, was not alive. Then recently, the duo remixed the Ghungroo song for the film WAR.

Saif Ali Khan’s two-and-a-half decade old song Ole Ole was also reprised for his latest release, Jawaani Jaaneman. But Saif himself was not in favour of it. “Instinctively, I’d prefer a new song, or maybe an interesting version of an old song,” he had said.

In fact, after Sajid Khan used Apni to jaise taise from Laawaris in his 2010-film Housefull, Bollywood saw many Hindi remixes. The Yesudas number Ae zindagi from the 1983-film Sadma was used in the 2016-film Dear Zindagi. Songs like Aankh maare, Akhiyon se goli maare, Tu cheeez badi hai mast mast, Raat baaki in Ittefaq, Shaher ki ladki, Tamma tamma in Badrinath Ki Dulhania, Humma in OK Jaanu, Laila main laila in Raees (and earlier in Chalo Dilli), Khoya khoya chand in Shaitaan, Dhak dhak karne laga in Nautanki Saala, Dhol baaje in Ek Paheli Leela are just a few of the songs that have come back, remixed, recreated, recomposed and reduxed.
“Remixes have been around for many years, remixes are more frequent these days, most of which are done by Vishal–Shekhar or Tanishk Bagchi. While Tanishk adds a very few things, Vishal–Shekhar go the whole hog,” opines Kusnur.

The disrespectful tributes
Recently, late music historian Raju Bharatan, who passed away on Friday, had shared with us on how bad he felt about those remixes. “I don’t understand why composers cannot create new songs for the new generation. I think all these people are running out of ideas. It is sad they do not have anything original they can call melody or foot-tapping numbers. I find there are very few songs one can remember even after a year. I think the synthesiser, which mimics almost every musical instrument, is the worst instrument responsible for the death of melody,” he had told us.

Tulsi Kumar, a popular singer today who has sung many remixes including Akhiyon se goli maare, Shaher ki ladki and O saki saki, justifies remixes, saying they are popular among the younger audience who haven’t heard the old songs. He believes they are a way of paying tribute to those older songs.

“Yes, we are using a lot of songs from the ’90s and perhaps my composers think that my voice is fit for those songs, which is why I have sung so many of them, and they have gone on to do very well, too,” says the songster.

But to Kusnu, the music critic, remixes are just a safe formula. “New film songs are not doing so well because there is nothing ground-breaking. It is easy to take an already successful tune, but the composing of the remix requires a bit of laziness as well,” concludes Kusnur with a chuckle.
—Sanskriti Media