We speak to city-dwellers to gain insight as to whether they have an idea as to who they will vote for. 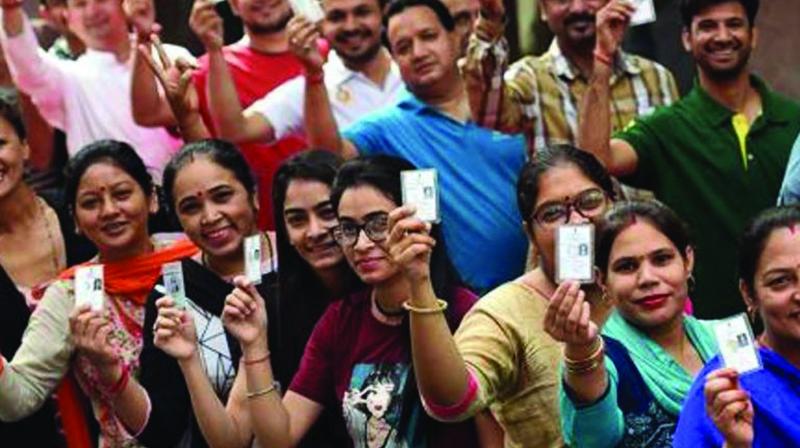 Delhiites all geared up to vote

The capital is currently witnessing a heatwave — not the climatic rise in temperature but the political temperature as our netas battle it out for the capital. As the tenure of the current Delhi government ends later this month, the Delhi Assembly Election 2020 will be taking place on February 8 (Saturday) in a single phase with voting in all 70 constituencies.

The highly charged up youth who are really outspoken awaits the opening of the polling booth. In an interaction with the young Dilliwalas, we ask them if they have any idea about which candidate they would be voting for; what are the key issues on their minds with regards to the election.

Ambar, a recent graduate shares, “I know who I will be voting for, a progressive and honest leader, not a fascist, not a degenerate, not a person with a hidden agenda. I want someone who'll be honest, and actually do something meaningful, unlike some who are just flailing around haplessly,” with regards to the issues in a recent graduate’s mind when he would be going to vote are related to the economy, inflation, public infrastructure. The 22-year-old further expresses, “Though I want someone who can do things on a Delhi level such as rectifying the air pollution problems, quality healthcare, and creation of jobs.”

Kartik Prasad, a 30-year-old, shares, “ Yes, I know for whom I will vote for, I make sure that I check the candidate’s background before voting. I want someone who works on some real issues that Delhi people are dealing with. We want someone who is a rational thinker and not someone talks silly on public television.”

Abhijeet Singh, 32-year-old, feels that Delhi needs someone is young and educated and also knows what youth wants. He adds, “We want someone you is young and have a logical approach. And I don’t think we have that kind of candidate for Delhi assembly election.”

Meghna Nair, 26-year-old, expresses, “I know what button I’m going to press on Saturday. We want someone who understands Delhi and knows what kind of problems Delhiites are facing such as air pollution, water issues, cleanliness issues, and poor roads. With a situation being this volatile in Delhi, we want someone to clam the chaos down.

Well, who one votes for is completely their choice, but come what may, one must vote this time around.