Alia saw her moist eyes and promptly proceeded to wipe them off. 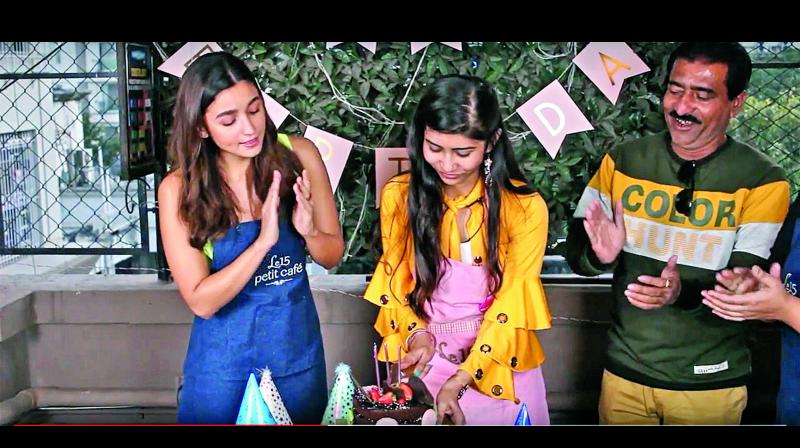 Alia Bhatt with her fan

Fans often get very emotional when they meet their favourite stars. One such fan was privy to an exclusive meeting with Alia Bhatt where the former got to bake a cake with Alia as a part of Anshula Kapoor’s Fankind Foundation. The fan called Varsha wanted to meet Alia and she aspired to bake a cake for her. But Anshula chose a date on Varsha’s birthday itself for the cake to be baked and once it was done, Varsha also got to cut the cake. “You are cutting your cake after six years! Happy birthday Varsha,” screamed Alia and celebrated her fan’s birthday, singing loudly for the girl. Seeing the enthusiastic way in which Alia was celebrating her birthday, Varsha was even moved to tears. Alia saw her moist eyes and promptly proceeded to wipe them off.
— Sanskriti Media