Through poetry and talks, Snigdha has been spreading information about taboo topics through various activities. 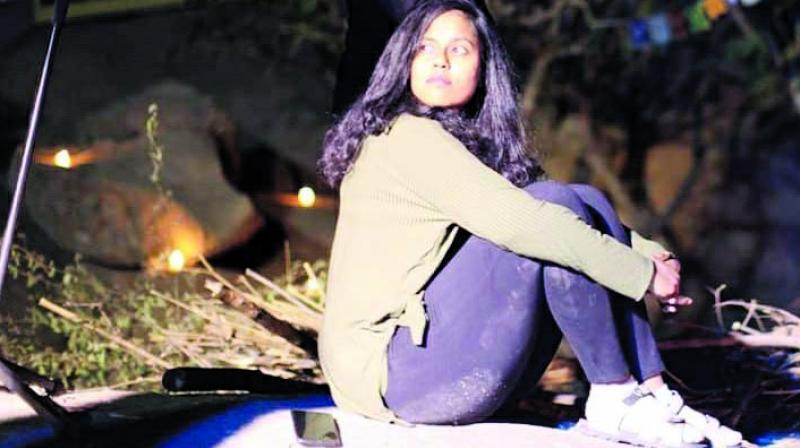 She was an 18-year-old college student when she encountered several people having issues that they weren’t comfortable discussing openly due to fear of being judged. That’s when 23-year-old Snigdha Munipally real ised the importance of having a safe platform to talk about topics like mental health, sexual abuse or career paths. A passionate poet, avid traveller and artistic doodler, Snigdha, who works at Uber, is someone who brings awareness to taboo topics through various activities. In Bengaluru for the Under 25 summit, the alumnus of CBIT Hyderabad, opened up about her aspirations and more.

“I began spreading awareness about mental health through performance poetry. I’m a keen observer of people and even though I don’t have a background in psychology, I understand things from other people’s perspectives. Once I started interacting with people, it was actually mentally exhausting to hear multiple stories from them.” But the moment that broke Snigdha was when one of her friend’s mother opened up about the sexual assault she faced as a child. “She told me that it’s not something that’s happening now and that abuse of kids has been going on for ages. She opened up about her traumatic experience and told me that she hadn’t even told her husband about this.”

Through poetry and talks, Snigdha has been spreading information about important social issues at multiple events like Big talks, Unheard and Unconference. “I’ve even spoken to some men who are perpetrators of sexual violence to see why they do what they do. For instance, there was a case when a lower community boy was behaving badly with a girl from his class and even after repeated counselling, he did not change his behaviour. When we explored his background, we found out that he grew up in a small household with no privacy and his dad had married three women in three years — what he sees at home is what he does in school. That was very disturbing to know.”

Apart from finding more creative ways to expand doodling, Snigdha wants to focus on addressing the crowd highlighting untouched issues. “I conducted a workshop on self-love at the Hyderabad Literary Fest which received a great response from kids to 60-year-olds. In the future, I want to concentrate more on addressing crowds and highlighting untouched issues. A strong supporter of self-awareness, I believe that the base of life begins with self-love and ends with gratitude and in the end, you can pay back the same to society by helping them,” says the do-gooder who also insists that schools must have sex education classes to enlighten youngsters about the topic.

Also a fervent solo traveler and trained swimmer, Snigdha’s also a keen cook. “If anyone wants to reach out to me, they can do so on Facebook,” she adds.