Life   More Features  07 Feb 2018  Tigers at circus rip off arms of man who was trying to feed them
Life, More Features

The man had agreed to take care of 13 tigers at the circus two months back to feed his family. 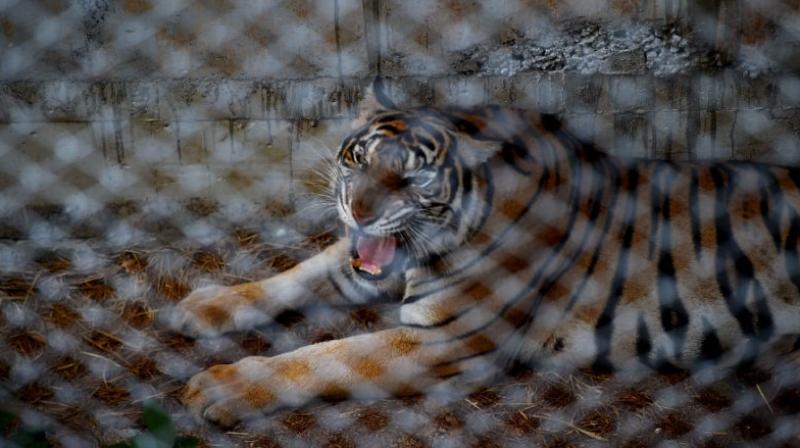 The man was saved with an emergency operation (Photo: AFP)

Feeding animals inside a cage may seem like a simple job but it involves its own share of risks. Wild cats are spectacular to look at but getting too close to them has proved fatal for several people.

A circus worker in Guatemala learned this the hard way when he lost his arms while trying to feed tigers in a makeshift cage. Cipriano Alvarez was trying to give a bucket of water to tigers through the metal bars when they ripped off his hands.

Locals rushed to his rescue as they threw stones at the big cats and beat them up with sticks. He was taken to a hospital where directors managed to save him following an emergency operation.

Alvarez had agreed to take care of 13 tigers two months back to feed his family. His son said that he used a metal rod to remove plates the animals were fed in.