Bitten by the parkour bug

Mixed martial artiste Shravan Satya and his friends have been on a mission to popularise Parkour. 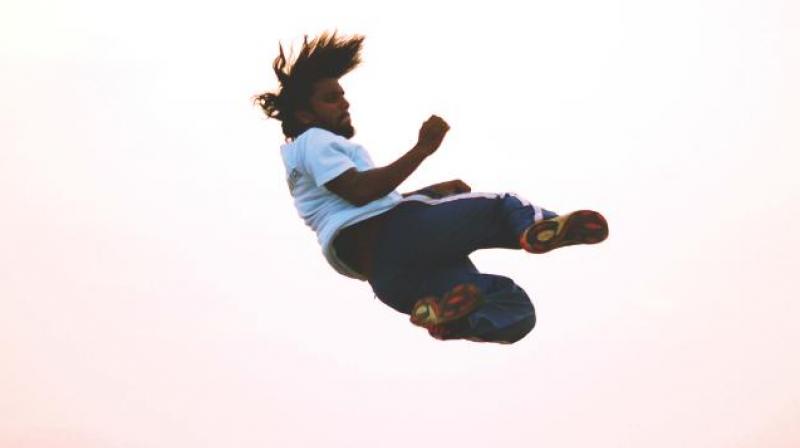 In the recently released movie Aadhi, we witnessed one of the finest action sequences of recent years. Most people who watched the movie were struggling to give a name to Pranav’s run through many obstacles before escaping an ordeal. This is called Parkour, a discipline that consists of sudden movements, negotiating the obstacle and going from one place to another. And ever since the beginning of the movement, Parkour has been plagued by the stigma that it is inherently dangerous and should only be practised by ‘extreme people’. But the way it influenced and inspired people all over the world is massive. Films like District 13, Casino Royale and the Bourne trilogy made it even more popular. 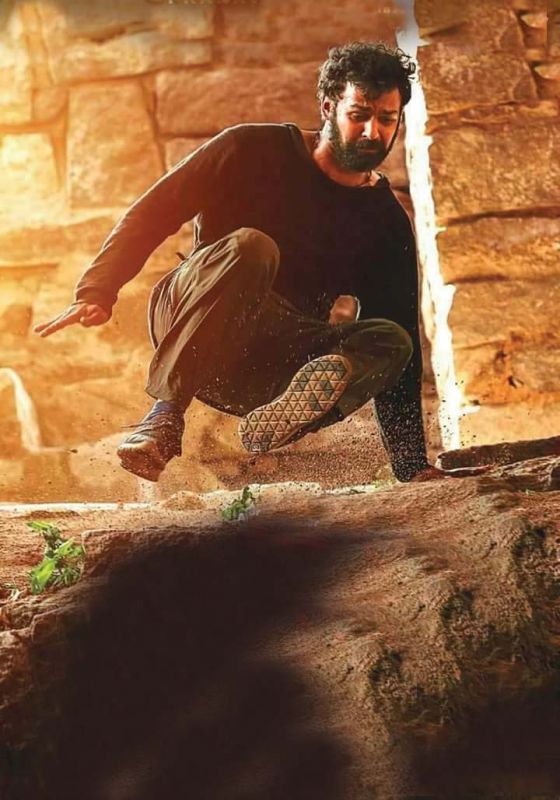 Mixed martial artist and stuntman Shravan Satya had no second thoughts when it came to Parkouring. His daredevil friends and he started Brink Impulse, which is considered to pioneer Parkouring and Freerunning in Kerala. So what inspired him about this art? “Before practicing Parkour and Freerunning, I had already mastered Karate, Boxing and MMA (Mixed Martial Arts). So when I first saw a film where the actor was doing Parkour, I was curious and wanted to try it. Because unlike all other disciplines, it is an experiential phenomenon; you really have to do it to understand it fully. There are no rules on how to do it, but it simply depends on how you turn it in to your style,” he says. 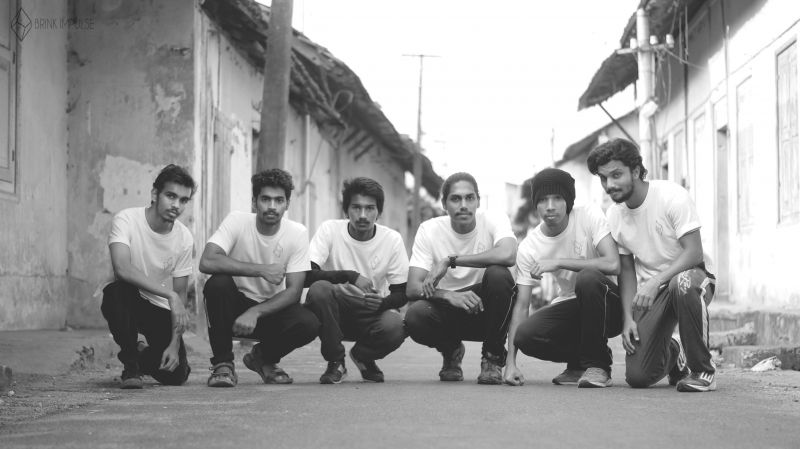 Brink Impulse started off as an acrobatic team of eight members who first started practising this unique act at Kozhikode beach. Being a dangerous act, the training sessions raised many eyebrows. They even got complaints from onlookers who thought these bunch of young boys were crazy and anti-social. “We even had to deal with the police as they thought we are making a scene at these public places with our fast moving acts. But things have changed and the people of Kozhikode really understand what Parkour is,” he says.  But it still remains unknown to commoners in our country. Brink Impulse has already started giving Parkour and Freerunning training at their facility near Kozhikode Medical College. But as per Shravan’s philosophy, it is not for everyone and a high standard of endurance is required. Following the success of the film Aadhi, people have started to recognise it as a new act. 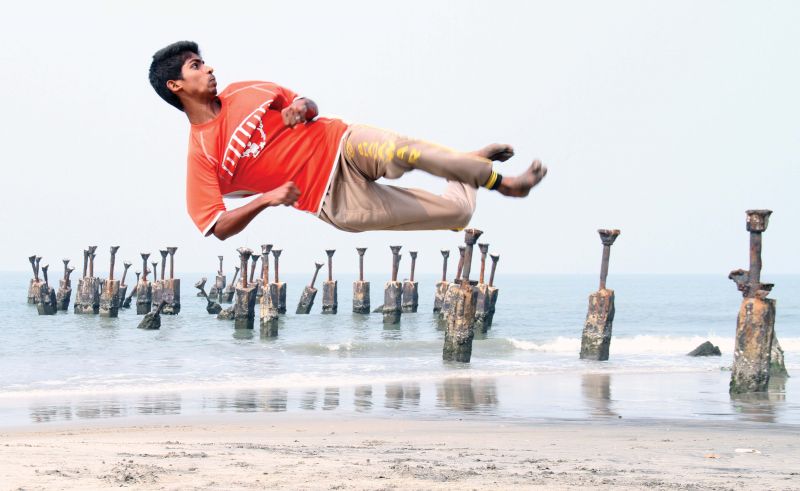 A still from Kaly

“Giving assistance to the stuntmen who acted in the film was very inspiring. Working with Pranav Mohanlal was a wonderful experience. He single-handedly did all the stunts. The French team that worked for the film’s stunts were also helpful,” says Shravan.  Aadhi is not the only Malayalam film that has featured Parkour and Freerunning. The upcoming movie Kaly too will showcase the act of Parkour. “With these kinds of performances, we will be competing with foreign cinema. Parkour will definitely help us reach their standard. I would love to see more young actors getting trained and performing this in movies,” says Kaly’s director Najeem Koya.

The cast of Kaly had one month’s training with Shravan and team prior to the shooting and they all had a wonderful experience. “At first we were having some trouble with our agility. But later on we could manage it well,” says Indian, who acted in the movie.  Even though they had much success with Brink Impulse, the members are still on a mission to give Parkour more publicity and made a promotional video, which was released last month and watched by over a lakh. Two years ago, they staged a performance titled Chakravyuh as part of their promotions and now they are planning to set up a community for the lovers of extreme sports like Parkour, Freerunning, BMX and Skateboarding.

This is not a sport for everyone but millions across the world are practising it. Those who love fear and those who have the will to overtake it will master it. Parkour definitely has a future in our films and other bastions. Without much practice, a newcomer to the discipline like Pranav could excel in it with his will power and fellow actors like Vineeth Sreenivasan compared him with the likes of Matt Damon. “So there it goes, you don’t have to learn anything new here. You have it in yourself. Focus and run free,” says Shravan.