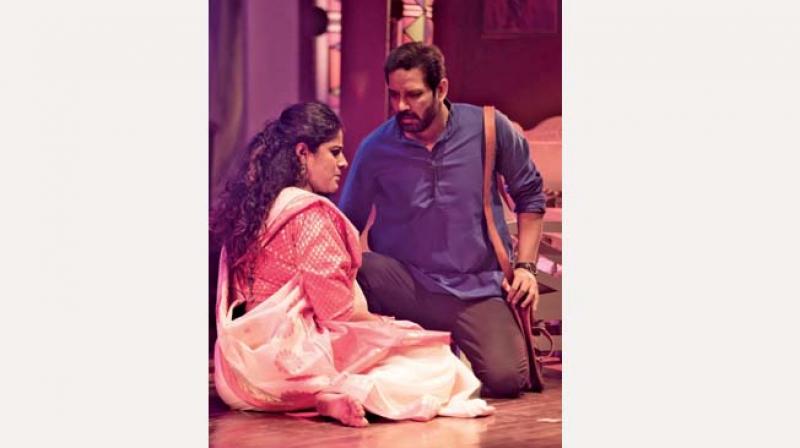 Nishtha Paliwal and Anup Soni during the play

After having had successful shows of his much-revered mythological plays Chakravyuh and Raavan Ki Ramayan across the country, the theatre-director Atul Satya Koushik is all set to transport the audience of Mumbai to the lanes of 1990’s Kolkata with his new play Ballygunge 1990. The play, which was first performed in Delhi last year, boasts of actors like Anup Soni and Nishtha Paliwal Tomar. Unlike his previous plays, the drama is a love story woven with suspense. “The play is about two people, passionately in love with each other but could who not be together. Slowly the story unfolds at the later stage which is unexpected to the audience,” says Atul.

As the title indicates, the play is set in Ballygunge district of Kolkata in the year 1990.

Explaining the importance of setting the play in 1990 and even including the numerical in the title, the director says that it was used to set the timeline. “In my story, I wanted to show the communication gap between the characters which wouldn’t have been possible in the age of social media. So, 1990 was the perfect time to breath the story in the 90s era,” he reveals. To make the play a more enriching experience for the audience, Atul has woven multiple nazm by Faiz Ahmad Faiz, Abbas Tabish and Fatima Hasan into the music by Rajesh Das. Talking about his experience of giving music to the nazm, the singer- musician Rajesh says, “Nazm is difficult to compose as compared to ghazal because nazm has no repetitions and every line has to be composed differently. Composer has to feel each and every word of the nazm.” 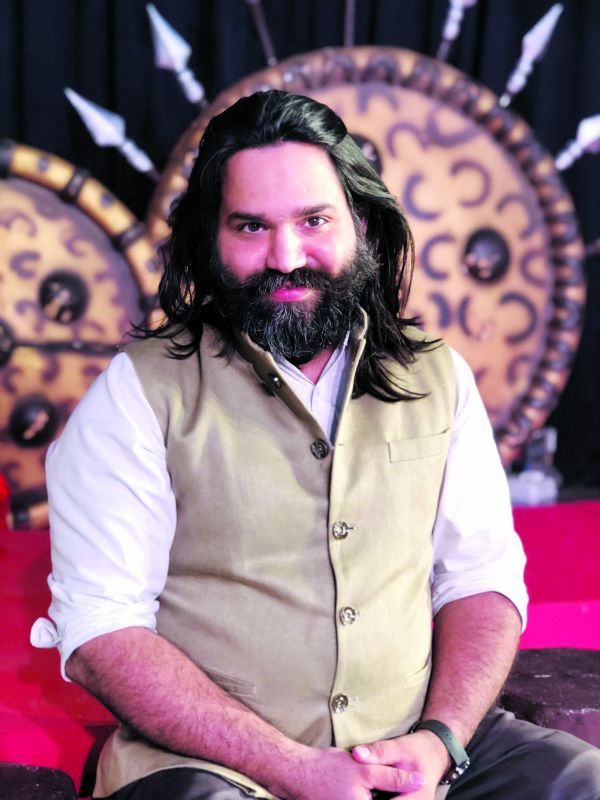 Except few adaptations of already written English plays, not many plays or directors have explored the suspense and thriller genres in theatre. And that’s exactly what motivated Atul and Anup to come together to stage this show. “We haven’t explored much thriller and suspense side of theatre and I wanted to do it for a long time,” says the director.

Even for Anup, it was a chance to get away from the kind of authoritative roles that he has been doing and play a character who is reacting to the situation rather than commanding the story. “I was clear that I don’t want to do a family drama on stage; I wanted to do something that is different from my image. Also, the idea of me being reacting to the situation than commanding the story is kind of exciting to me,” says the actor.

In addition to having known actors in the cast, the play has Atul’s characteristic style of extravagant set, music and lights. The director believes to give the audience a visual satisfaction with his commercial productions. “I have always believed that theatre is a visual media and audience’s eyes should be given a satisfactory experience. And it is important to give value to their money,” avers the director. Anup too agrees on the thought, as he believes that the director’s vision of giving a visual experience to the viewers helped him form a connection with the director. “There has been this notion that theatre is all about low-key sets and we need to break this. Why can’t we have huge settings to give the audience a blissful and overall experience?” asserts the actor. In this play audience gets to see a huge peculiar Bengali haveli decorated with beautiful colours and mirrors on the walls.

While Atul is known for his research-based production, Ballygunge 1990 has helped the director breath easy since the characters are fictional and are not inspired by real life. “I had to shuffle a lot with words, ideas and emotions but less research was required comparing to my other productions,” says the director. However, the scripting was a strenuous task as it required multiple sittings before the final draft of the script could be finalised “When I heard this idea, I thought if this could be converted into a 70-80 minutes script, then we can do a play, and after a few sittings it worked out,” recalls the actor. Though the script is completely based on new idea and concept, the director assures that every member in the audience would connect to the characters. “Because the story is about love and somewhere or the other everyone lives through that life,” he concludes.