A recent and horrible gang rape brings us back to the age-old problem: we lack in our value system and that must be rectified immediately. 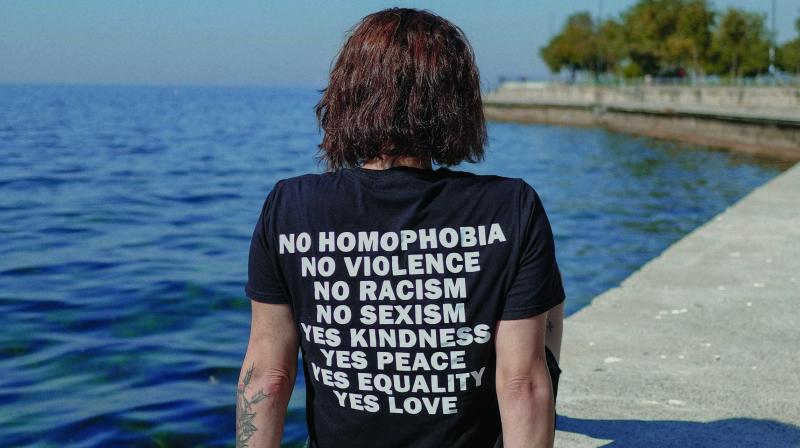 The rape of Dr Priyanka Reddy is what nightmares are made of. I wonder that these demons who committed rape cannot see their sister, mother or daughter in the victim?

My question as a woman is that does life for a woman have to be a journey fraught with hazard that she traverses on sheer luck?

Decency, morality, right thinking, right action, empathy, compassion and non-violence are necessary and the good thing is these can be inculcated through education and awareness at schools and at homes and also make for healthy relationships in the long-term.

Value systems work on our subconscious so that they can temper-control and discipline baser instincts like lust, hatred, anger, violence and frustration from spilling onto uncontrolled rampage!

If society censures indecency instead of condoning it as macho or a man-thing, there will definitely be change. Much wanted change. Censure is a great deterrent.

These ugly hedonistic crimes — rape, molestation, even the lightly taken eve-teasing — go beyond gender considerations. They are humanist issues that as much debase, degrade, and make of man a beast as they subject woman to the traumatic horrors of rape, violence, burning and murder.

It is a reflection of a sick society where a woman has not been respected as she should. It starts with something as everyday as a girls parents putting the ‘boys side’ on a pedestal in a marriage, especially in smaller towns. In relationships also the girl in conventional matches is ‘seen’ or ‘shown’, whereas a boy sees and approves a girl in smaller towns. These are mindset issues that must transform.

All humankind must stand up to oppose such demonic acts toward the victim whose family is living the nightmare.

The mother of one of the accused in the gang rape has condemned her son and said ‘burn him if he is guilty’ — such is the outrage toward this violent act. Shame on those who are speaking high-handedly about what she should have done at the time. The reality is when someone is at the receiving end of such a violent attack, they may not be capable of logically using a police helpline.

We must stand up to atrocities meted out to women and condemn rape, molestation, eve-teasing, and revolting acts that have to be confronted squarely however remote this may seem to us. Being supercilious about her in hindsight is not an answer. And any reluctance to ‘get involved’ must be abandoned.

Putting aside the apathy toward such incidents, every single Indian must come out and prevent our society from becoming apathetic, gripped in fear and distrust, as women are cautioned to do.

Men need to be educated on respect for women, value systems must be taught at schools — to think before acting, think along the right lines. A large part of who we are comes from incorporating value systems through conditioned awareness of decency, truth, compassion, kindness and all that might make interaction and relationships amid humanity more fulfilling than the current agenda of self-fulfilment and material gain.

Women who wish more in their lives than just marriage must feel free to step out without fear. Do all the rape crimes suggest that women doctors must not attend to emergency calls at night in fear of being raped? Is this progress?

The writer is a columnist, designer and brand consultant. Mail her at nishajamvwal @gmail.com