The director will be presenting his film at a children's film festival in the capital. 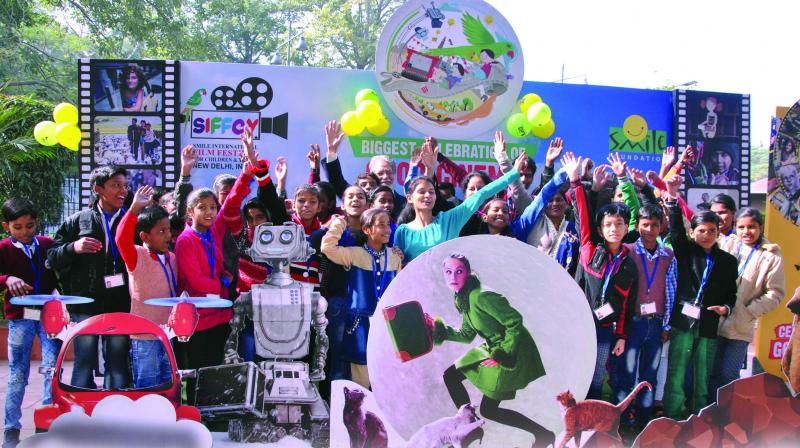 Cinema is a powerful visual medium — and for children, it can be even more impactful. Engaging and thought-provoking, Vinod Kamble’s Kastoori tells the extraordinary story of an ordinary boy. It plays on casteism, childhood and how they fit into society.

“Kastoori is a film based on the life of a child who used to assist his father in post-mortems from the time when he was in the eighth grade,” elaborates Kamble. “When I got to know about this from a local paper, it was quite disturbing for me. I thought that people should know more about such stories, so I went there and interviewed the child. The information I got was so shocking to me!”

Interestingly, not many know that children are sometimes forced or compelled to indulge in such work. The director continues, “The main purpose of making this film was that people get to know that this kind of child labour work exists.” He emphasises on the need to spread awareness.

Vinod faced a lot of challenges in making this film, which included location and casting — two of the most crucial decisions made in a film. He says, “I wanted to have a proper hospital where this such events transpire. And when it comes to casting I wanted original characters so that people are able to understand the film in a proper way.”

On why feature films like these are important, Vinod says, “The youth is a very important part of our society and this generation is the one that will take our country forward and if we treat and educate children in a proper manner true change will happen.”

Kastoori will screen at the Smile International Film Festival for Children & Youth, which will see John Stevenson, the director of Kung Fu Panda and other internationally recognized artists, share their love for cinema and film making. Over 20,000 children are expected to attend.

The Kastoori director also says that, “These kind of film festivals are really important for people like me, because we mainly make movies to educate children. There should be more fests like this for the betterment of society.”

The festival will witness a special jury as well. Suhani Kumar, a 16-year-old girl who has been selected as a member of the event’s ‘young jury’, is super excited to be a part of it. She says, “I am incredibly honoured to be a part of the young jury! I am excited to watch the international films of different genres as well as interact with all the international children in my panel. This will be a great opportunity to exchange different kinds of views.”

Catch the film at the Siri Fort Auditorium on December 11