Mural artist Rouble Nagi talks about her work, the need for equality, and her recent collaboration with Shubharambh. 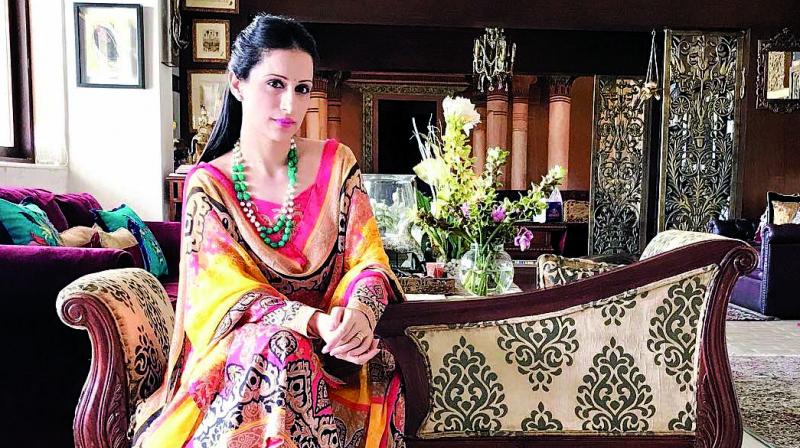 City-based mural artist Rouble Nagi is a firm believer that talking about equality is not charity but a primary right. Through her Rouble Nagi Art Foundation, the artist works towards bringing change in the mindsets of people towards equality.

City-based mural artist Rouble Nagi is a firm believer that talking about equality is not charity but a primary right. Through her Rouble Nagi Art Foundation, the artist works towards bringing change in the mindsets of people towards equality. From adding colours to the lives of slum dwellers by painting more than 2,000 houses in Mumbai under the ‘Misaal Mumbai’ initiative, to conducting art workshops throughout the country — with over 32 Balwadis in the city alone — Nagi’s initiatives  are sprea across the nation.

“For me, being an artist is always about creating something new and connecting with people with the mindset of fun and art activities. Everyone should come together to work on the same goal,” says the artist, who for the first time has collaborated with Colors’ upcoming fiction Shubharambh for a noble initiative. She will bring thousands of people from villages and slums across the country together to weave the longest sustainable linen, which will be distributed among people in need.

“This is the same thing we do in villages. More than making the longest linen, it is about working as a team towards a goal,” she explains and adds that she believes in educating people through art. “We start giving different messages through paintings and murals. We see people standing behind and questioning things. We educate them about why it is important for women to work and participate equally. This is how I believe art can bring people together,” the 39-year-old opines. She further says that her foundation is always open to teaming up with something that promotes equality. “When I saw the concept of men and women working together and supporting each other to achieve a goal, that is more than enough for me to say yes,” she shares.

While commercial collaborations are important to sustain the art initiatives, Nagi, on the other hand, is apprehensive about bartering. “I have done several shows on and off stage, but when it comes to my foundation, I don’t do collaborations. I am not someone who wants any commerciality added to the foundation,” she clarifies.

Nagi began her artistic pursuit at a very young age, and is now an internationally acclaimed artist with several accolades to her name. Out of her more than 800 murals and installations, several artworks have been customised for Bollywood actors including Salman Khan, Sohail Khan, Sonam Kapoor, Emraan Hashmi, Sushmita Sen, and Zayed Khan. These actors have also offered their support for Nagi’s foundation and her work towards bringing sustainable change in society. “I get a lot of support from people and that’s equal to all the awards. I have genuine blessings from all the people I work with,” she smiles.

The Kashmir native has always been attracted to meeting new people and as the daughter of an Army officer, she also developed the doctrine of giving back to society. “I was born as an artist and have always been creative. I have lived in many places due to my father’s postings and that connected me with a lot of people,” she reveals and adds that art for her is just a step to get into social work. “Though I didn’t take it that way. I teach children and take workshops because I love them. My art is not just a million-dollar hue, but it is to channel my work in a way that it reaches to right people. I just want to contribute,” she expresses.

Though Nagi is a mother to  one son, “But emotionally I am a mother to lakhs of kids. I am happy that I started very young so I would not regret the love that I could have missed if I would have started in my fifties,” she concludes with a smile.