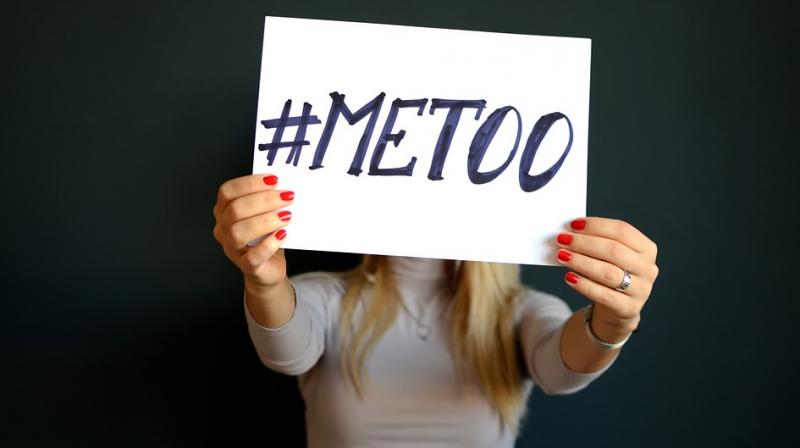 Notably, unlike Hollywood, Bollywood has remained largely silent on Tanushree, but not the world of Indian journalism and stand-up comedy. (Photo: Pixabay)

The #MeToo movement, that springboarded off Hollywood movie moghul Harvey Weinstein exactly a year ago, has finally reached India, doing what it does best – exposing sexual predators, holding them accountable to their reprehensible behaviour and driving in the point that a ‘no’ means ‘no’.

Notably, unlike Hollywood, Bollywood has remained largely silent on Tanushree, but not the world of Indian journalism and stand-up comedy.

In the last few, comedian Utsav Chakraborty has been named and shamed for sending lewd texts to women and girls and that seems to have opened up a can of worms with women, largely from the world of media, naming perpetrators.

Some of them are well-known, well versed, famous people who have made sexual advances at them at various times.

While some of the men have issued, what can be termed as a 'little-too-late' apologies on their social media or through statements, it cannot be denied that what was hidden behind the garbs of masculinity in a patriarchal society is now finally being questioned, and shamed.

Standing tall among all the allegations seems to be one very popular IITian and author -- Chetan Bhagat.

Taking to his social media Bhagat had tried to put context to his side of the story all the while apologising about his behaviour, which he too deems "real."

Taking to Facebook, Bhagat wrote, "I am really sorry to person concerned. The screenshots, are of course real, and I am sorry if you felt they were wrong I hope you will accept my apology."

Elaborating further Bhagat adds that he was married at that time and must have been going through a 'phase' and might have 'misread the friendliness.'

He clarifires, "There never was nothing physical, no lewd pictures or words that were ever exchanged. I think I deleted the person’s number soon thereafter and we haven’t been in touch for years."

While Bhagat apologises for his behaviour, he is not the only perpetrator. Social media is abuzz with names ranging from the singer Kailash Kher, to author Kiran Nagarkar, journalists of repute and even a judge from the Bombay High Court. And now following Utsav Chakravorty and the subsequent stepping back of Tanmay Bhatt over alleged sexual misconduct allegations, stand-up comedian Jeeveshu too has been named and shamed on social media.

Comedian Jeeveshu Ahluwalia has been allegedly accused of date rape.

Journalist Sandhya Menon shared an account of being harassed by K.R. Sreenivas, currently resident editor of the Times of India in Hyderabad, in 2008 when they both worked at the Bangalore Mirror.

Since I'm calling them out.

Let me tell you about @KRSreenivas who is currently resident editor @toi Hyderabad (I think) who offered to drop me back after a day's work.
We were about to launch Bangalore mirror back in 2008 and I had just moved to this city.

She also tweeted about Gautam Adhikari, former editor-in-chief of DNA in Mumbai, who according to Menon, kissed her without consent and then asked her not to tell anyone.

What started as a thread by Menon listing her own experiences soon transformed into of perpetrators as other women started messaging Menon stories of being harassed by the same men, and then other accounts of different men were also added to the Twitter threads.

Menon went on to update the list with screenshots of these conversations.

Poorva Joshi tweeted about how famed author Kiran Nagarkar kept inching closer to her when she went to interview him and wanted to Skype call her later in the night.

This about Kiran Nagarkar pic.twitter.com/32lut5Zsd3

Not only Joshi, Anoo Bhuyan, health reporter at The Wire, spoke about Mayank Jain, a reporter from Business Standard, whom she called a “sexual predator” and then described how she was at the receiving end of his “unwelcome sexual predations”.

Anurag verma, a former Editor at Huffpost India too was named at one of these threads.

Of those named, quite a few have come out to apologise. Utsav Chakraborty has vehemently denied sending unsolicited pictures of his genitalia to any women and has specifically denied asking for nude pictures from a minor.

Anurag Verma has gone on to tweet an apology and explain his actions, saying he’d thought of the term “send nudes” really loosely, thinking it was a “meme” more than an actual request for naked pictures.

AIB, that employed Utsav Chakraborty during the time most of this harassment has removed all videos featuring him from their YouTube channel and posted a second apology for implicitly supporting the comedian’s behaviour after being called out for knowing about these allegations and not acting on it.

Hindustan Times journalist Dhrubo Jyoti too had been accused of making people uncomfortable with his behaviour.

It remains to be seen how the various media organisations and public relation personnel handle these allegations against the men as India sees its very own #MeToo movement.