The king had to walk as the escalator that travels with him stopped mid way. 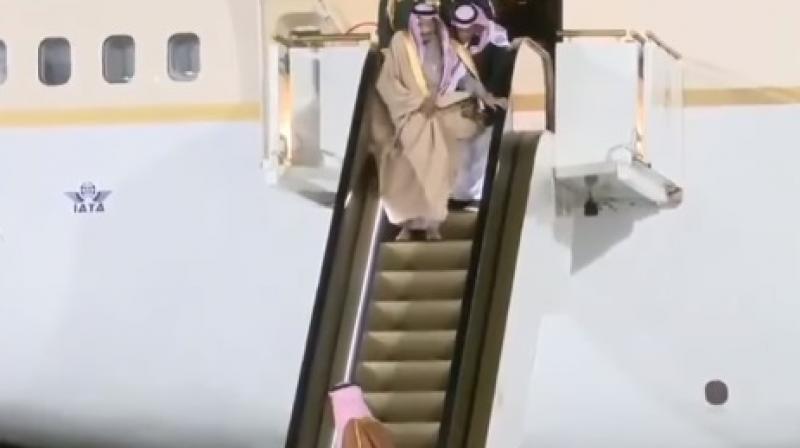 This is the first time a ruler of Saudi Arabia is visiting Russia (Photo: YouTube)

A lot of people across the world are known for their extravagant lives and world leaders with grand travel arrangements are among the top on the list. The rulers of Saudi Arabia and neighbouring gulf kingdoms have been in the news for splurging, but even the rich can find themselves in awkward situations.

It was a historic moment when the king of Saudi Arabia, Salman bin Abdulaziz arrived in Russia with an entourage of 1500 people and a golden escalator that travels with him. But the start of a four day state visit was interrupted when the special escalator malfunctioned halfway and the king had to walk down.

This is the first time a ruler of Saudi Arabia is visiting Russia and the entourage have made themselves at home in two hotels booked for them. The staff has been replaced by the king’s own people and people at the hotels have been asked to cancel their bookings.

A plane is travelling daily between Riyadh and Moscow to bring supplies and reportedly 800 kg of food has been brought. The king is staying at Four Seasons and has also brought his own furniture along for the trip which has already led to a weapons deal.

The bill for booking Four Seasons and the Ritz for the trip is expected to be around Rs 16 crore and this doesn’t include what the Salman and his staff will spend on services.