The study is the first of its kind. 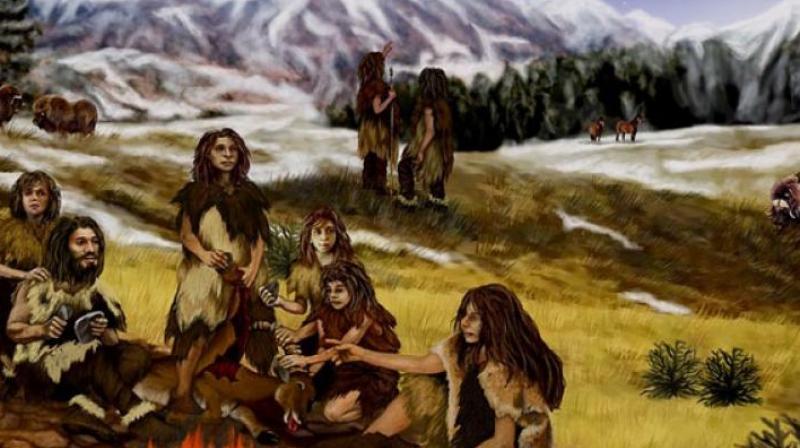 Neanderthals have great influence over modern humans behaviour and look, new study found. While studying British DNA, scientists found that Neanderthal DNA affects a person's skin and hair colour, height, sleep patterns, mood, and even our smoking habits, according to a report by the Daily Mail.

Today, close to 2% of the DNA in people of non-African descent comes from Neanderthals. Approximately 100,000 years ago, early humans that migrated from Africa interbred with Neanderthals in Europe. This mixing of DNA contributed to several modern-day traits.

The team believes the genes from our now extinct cousins may have helped humans to survive and adapt to the European continent. While previous studies have shown that Neanderthal DNA influences our vulnerability to certain disease, this study from the Max Planck Institute for Evolutionary Anthropology in Leipzig, Germany, is the first to show how these genes affect traits that change our look and behaviour.

Just like modern human beings, Neanderthals also had light and dark hair and skin, the study found. For the study, researchers examined data representing more than 112,000 participants in the UK Biobank pilot. This includes genetic data and information on traits like physical appearance, diet, exposure to sunlight, behaviour and disease, the report revealed.

This data was compared to DNA from a Neanderthal specimen found in the Altai mountains in Russia. This led scientists to finally determine how Neanderthal DNA influenced human genes involving skin and hair biology. "We can now show that it is skin tone, and the ease with which one tans, as well as hair colour that are affected," Dr Janet Kelso, co-author of the study, told Daily Mail.

They found multiple different Neanderthal alleles (differnt types of the same gene) contributed to modern humans' skin and hair tones. Another surprise was discovering that some alleles are “associated with lighter skin tones, and others with darker skin tones, with the same true of hair colour”.

"These findings suggest that Neanderthals might have differed in their hair and skin tones, much as people now do," lead author of the study Dr Michael Dannemann told the Daily Mail.

Kelso explained the traits influenced by Neanderthal DNA are all linked to the exposure of sunlight. Neanderthals had been living in Eurasia for thousands of years, before modern humans arrived 100,000 years ago. Therefore, Neanderthals most likely had already adapted variable levels of ultraviolet radiation from the sun, while humans from Africa that had arrived did not.

"Skin and hair colour, circadian rhythms and mood are all influenced by light exposure," Dr Kelso explained. "Their identification in our analysis suggests that sun exposure may have shaped Neanderthal phenotypes, and that gene flow into modern humans continues to contribute to variation in these traits today," she further explained. As they get more information, the team plans to further explore Neanderthals' influence on modern-day traits.