Putting out the fire

No one’s alien to Delhi’s pollution problem, but how are we tackling it? Turns out, some city-dwellers, and a trust, are doing their part. 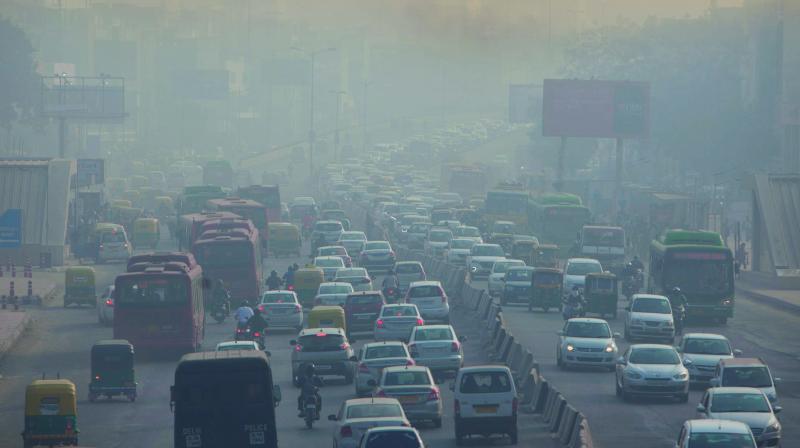 The aim was to remind ordinary citizens about problem of pollution and its possible solutions.

As a Delhiite, chances are that you have felt some irritation in your eyes after having stepped out of your house. Well, that’s just one of the signs of the city’s pitiable pollution levels.

Pollution has become a burning issue in our society and efforts to curb it are the need of the hour. A Delhi-based trust, Kala Drishti, recently organised an event on ‘Delhi pollution and its solution’ at Anand Vihar Railway Station, with the support and vigilance of officers of the pollution and the railway department.

The aim was to remind ordinary citizens about problem of pollution and its possible solutions. Visual art, photographs, paintings, posters and even nukkad nataks, educative dance programmes by children, models of Delhi monuments, and cleanliness drives and charts — were used to spread awareness on the cause.

Speaking about the necessity of programmes like this, Anjali Jain, founder and trustee, says, “If we talk about the present scenario, then there lies a dire need to look after the environment and save the earth from getting depleted. 10 years ago, the scene was totally different and the city was a better place to breathe in.”

She believes that as concerned citizens, we should take the initiative in our hands and do our best. “We know it is only possible through educating masses and that is why we are organising such meaningful events,” she adds.

Thankfully, many other  organisations are working towards this issue, and Delhiites are also becoming more aware and concerned about the pollution crisis.  Raunak Singh, a 22-year-old student, says, “It’s my duty to use public transport instead of my personal car. We all should have the system of carpools so that maximum vehicles can be eliminated from the roads.” He believes that workshops should be held to educate people on the matter.

Nandini Aggarwal, another Delhiite, speaks about the multiple causes of pollution in the city such as industrial waste, which is not treated properly. She also points out the unsustainable farming practices that are leading to groundwater pollution. She says, “I personally believe that industry waste and the carbon footprint of big production industries is much larger than all the factors combined, so we should first and foremost create legislative changes about how they are operating.”