Vishnu Induri, the producer of upcoming sports biopic ’83, reveals some interesting facts behind the making of this film. 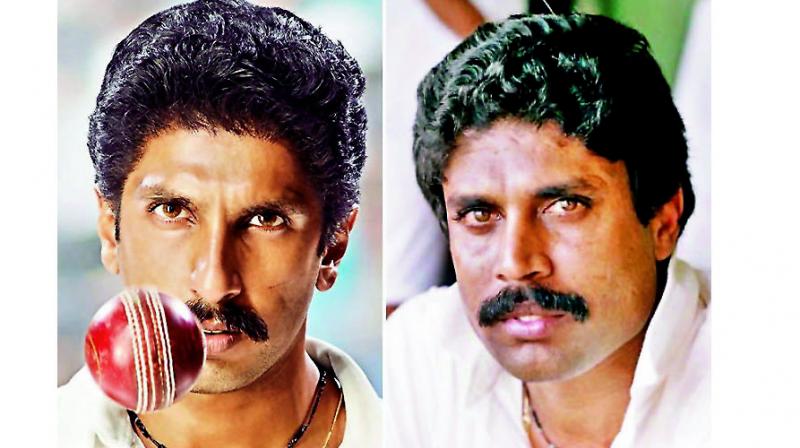 Popularly known as the founder of the Celebrity Cricket League and the SIIMA, Vishnu Induri is equally well known for producing biopics. After co-producing the NTR biopic earlier this year, Vishnu is now making two more biopics — one on the 1983 cricket World Cup win and the other on the late Tamil Nadu CM, J. Jayalalithaa. “We recently completed 100 days of shooting in England,” shares Vishnu, adding that a major chunk of the shoot for the film ’83 is now complete.

Vishnu reveals that the idea of doing a film on the 1983 Cricket World Cup came to him in 2013, following which he went to cricketer Kapil Dev with the idea. “However, Kapil Dev did not show much interest,” he reveals. Despite that, he persisted and met the former India captain once again.

“I went along with my writer Sanjay Singh to narrate my story and he (Kapil Dev) shared his inputs. After that, we met several times and he gave many valuable inputs as well as ‘insider’ information,” recalls Vishnu, who was just six-years-old when India won the 1983 World Cup.

“After I started the Celebrity Cricket League, I wanted to know more about the ’83 World Cup, so I did a lot of research and came up with the idea of making this film,” he adds.

A tough task
Vishnu admits that the most difficult part of making the film was casting. “It took nearly one and half years to find the right cast. Not only did we have to search for Indian players, but also players of other countries like West Indies and England,” says Vishnu.

Finally, real-life couple, Ranveer Singh and Deepika Padukone were zeroed in on to play Kapil Dev and his wife Romi.

“We shot most of the film where the real events actually unfolded. For the first time ever, the England Cricket Board gave permission for us to shoot in the original dressing rooms and the balcony,” he reveals. Even Kapil Dev’s famous ‘175 not out’ against Zimbabwe was filmed at the actual location of the game.

“While shooting this match, legendary cricketer and captain of the 1983 West Indies team, Clive Lloyd, paid us a surprise visit,” shares Vishnu, who adds that it was an emotional moment for the veteran sportsman and the entire crew. Clive Lloyd’s son is also acting in the film as a West Indian player.

To ensure the authenticity of the film, every artiste trained for nearly three months and the 1983 cricket squad came on the sets to personally train the actors.

“Ranveer Singh spent nearly three weeks at Kapil Dev’s house in Delhi to learn more about his body language and mannerisms. In the film, you will be surprised to see how similar Ranveer Singh is as Kapil Dev,” says Vishnu, adding that the former cricket captain’s wife, Romi too was amazed at Deepika’s transformation.

An emotional journey
Vishnu Induri says he was convinced about doing a film on the ’83 win. “No one expected India to win the World Cup, but the many emotional incidents behind this great victory have all been shown in the film,” he says.

Interestingly, except for the director and a few others, not many even knew about the ’83 World Cup. “But when we gave the script to them, they all cried with emotion,” shares Vishnu, who adds that the win changed the face of Indian cricket forever.