Ramachandran has been working with Jarmo Pohjaneimi, Director of Shoot, The Centerfold, Playboy for the last six years. 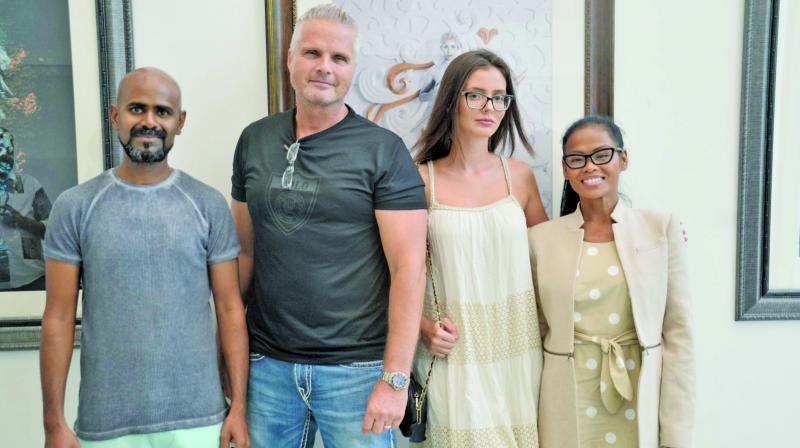 How times have changed! If you landed in Chennai with a few copies of the Playboy magazine, you would have to surrender them to Customs. Today, Playboy itself has changed. It dropped the line “Entertainment for men” and even briefly experimented with dropping nudity from its pages for a year or so before going back on the decision and restoring its original concept of presenting the beauty of women.

Three of its ‘Centrefold’ Playmates were in Chennai to support L. Ramachandran’s versatile photography and its manifestations in the ‘Medley of Art’, his upcoming book. The art show features 30 photographic creations for Playboy in an exhibition in which Ram had curated images portraying the many great features of the human body.

The concept behind weaving together all the photographs together with the accessories, backdrops, sartorial attire and the powerful colours of light is to present the aesthetics of the female body. Art has no limitations and it takes nudity also to present a comprehensive portfolio of beauty, fashion and style. That is the Playboy philosophy.

Today’s audience in India might just be able to discern a more comprehensive idea of beauty as this generation has been relatively free of the inhibitions of previous ones regarding the display of nudity through extensive media content on the Internet.

“When it’s about fashion, then my approach is to stand and pose to show my garments. But, when it’s about glam, then I show my confidence as I do look sexy,” says Ena Friedrich, famous model and ex Playmate of Playboy and a ‘Centrefold’ personality from Croatia.

A playmate’s point of view has it that the social media has helped change the mindset of readers even as the publication’s point of view has not totally changed about the portrayal of the beauty of the human form. A greater acceptance has been found among modern generations, which is why Playboy has been trying to keep pace with the new generation in its most modern presentation n which nudity is back but with a caution about suitability for kids under 13. 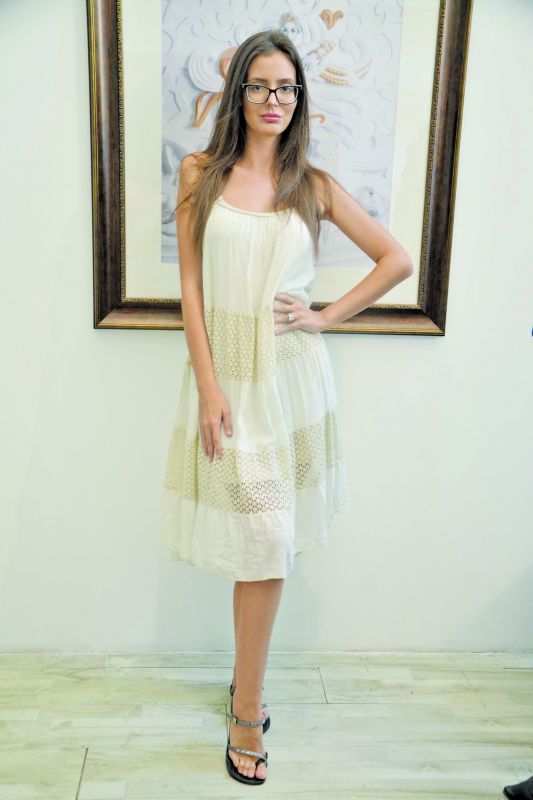 Talking about getting selected as a Playmate, Noemi Kappel, super model and ex- playmate from Playboy Hungary, says getting chosen as the créme de la créme from thousands of aspirants in a casting test is a very tough process. A major photo shoot in front of the founder of the magazine is the ultimate test and Noemi has no complaints about the process. She believes the changes in the perception of people towards the portrayal of fashion, glamour and even nudity has got amalgamated into a fine art form today.

Ramachandran has been working with Jarmo Pohjaneimi, Director of Shoot, The Centerfold, Playboy for the last six years. His work is not only aesthetically beautiful but also “emotionally moving, dramatic, romantic, sensuous, metaphorical and laced with subtle wit.”

‘Medley Of Art’, a collection of his artistic photographs, is testimony to the immensity and intensity of art. It showcases the work of a visual artist who takes on multiple roles of a designer, art director and photographer for the glam magazine Playboy.

“The focus of the fashion world has changed today because of the creative freedom of ladies. There is a passion to photograph beautiful people so as to bring out their best features,” according to the model and ex-playmate Ena. While comparing the scene to one existing a few decades ago, it is the demography of the readers that has changed a lot. The target was always upcoming generations for the magazine. The pictures in the magazine these days say a lot more not only on the pages of the publication, but also nudity is available everywhere, for instance, in plenty in Instagram. And they accept it today as they move on into the future, she explains.

There are two different journeys in such portrayal as glamour photography is different from fashion photography. Glamour photography is to beautify the portrayal of a woman, who is the product itself but without the need to sell her body. Fashion photography is about fashion and style. Glorifying women is a question of taste. And most people overgeneralise or confuse glamour and fashion. The older generations may have liked glamour while the newer generations like fashionable style. Fashionable style does not necessarily mean the model has to be nude. A woman has to appear as beautiful as possible. Such a process can add something by way of change in the minds of future readers,” says Jarmo Pohjaneimi.

Was the direction the readers are led in decided only by Hugh Hefner, founder of the Playboy Empire? Those working for the magazine today say that the prime focus of the magazine from the beginning has always been the beauty of women. Mr. Hefner’s vision was first that of ‘The girl next door’ as entertainment for men. She doesn’t need to be always beautiful, but she needs to appear approachable. This might have been seen as an iconic fashion magazine from a primitive era and that was the direction for a long time until the magazine brought in the rule of no nudity, instead a beautiful personification of women as the sole aim. After the revolution, it has turned a bit fashionable but unable to shed the nudity tag. It is not non-nude now as much as it wasn’t in its first issue in December 1953 when Marilyn Monroe was its ‘Centrefold’.

On his third visit to India, Jarmo finds the land of the art of ‘Kamasutra’ as a land of culture, but one in which the definition of art, culture and nudity spins in different ways. It’s all about shooting beautiful ladies through the charisma of artwork. A fascinating aspect for him has been about working with Indian culture.