The capital that lost a literary gold mine

The legendary Sunday Book Market at Daryaganj has been shut down due to an order passed by the high court. 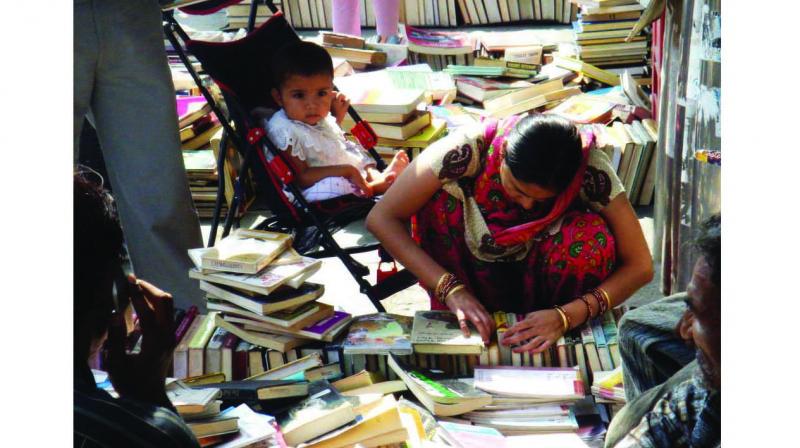 The outpouring of grief and nostalgia has been enormous among Delhi-ites ever since.

A house without books is like a room without windows. Take the books away and one has no worldview left. The same seems to have become the city’s fate as Delhi’s oldest book bazaar on the streets of Daryaganj no longer exists.

It is fair to say that the book bazaar was a significant part of Delhi as it had a long history. Set up in 1974, the footpaths of Daryaganj soon became the go-to place for those who wished to buy books that were both reasonable and rare to find. The bazaar, which was set up every Sunday, had 200 booksellers, lined along Netaji Subhash Marg and Asaf Ali Road.

But, in July, the Delhi High Court passed an order that directed the NDMC to prohibit the setting up of the Sunday market as it caused immense traffic at Netaji Subhash Marg. The outpouring of grief and nostalgia has been enormous among Delhi-ites ever since.

Irrespective of age, it was a walk down memory lane for all. Author Awdhesh Singh recalls the times he visited this market. He says, “I had no specific book in my mind and, yet, I ended up buying several books as they were available at dust cheap prices. One might even sometimes find international bestsellers at unbelievably low prices. Students could buy their textbooks and quality books for competitive examinations at very cheap prices. Since the market was organised on Sundays, it also did not cause many inconveniences to the daily commuters.”

He compared the selling of second-hand books to the donation of organs like eyes, through which one can see the world even after he is no more. He further adds, “The Sunday market used to maximise the utility of a book and educate all sections of the society. The government must provide an alternative place for buying and selling of such old books for the benefit of people who can’t afford expensive books for their education.”

Ayaz Kohli, author of Snakes in the Meadows, recalls his Civil Services preparation days, where he would often be seen buzzing around, from one stall to another of that market. He says, “I couldn’t have imagined myself savoring Nihari and Nulli Boti of Jama Masjid, before paying my homage to that literary shrine. The pavements of Daryaganj on Sundays were tiled with myriad books and journals; as though the literary world had decided to sit on a dharna against its neglect.”

He points out that the good thing about the Sunday book market was that it solicited only humble souls. One had to sit or bend at least (if not genuflect), to pick the right book. It was like a soul searching exercise. “For me, it would ever remain like the memory of a person who was a friend, philosopher, and guide. It wouldn't be inappropriate to wish — RIP the Sunday Book Market of Daryaganj."

Chhavi Bakaria, an academician, remembers the time her father introduced her to what could be called the key to bookland. She expresses, “It is indeed the end of an era. I have visited the book bazaar in search of pocket-friendly stationery, notes and books. It should have been designated a heritage status by the government. It’s sad to know that it’s being shut down instead.”

Khyati Arora, a recent graduate speaks for “all the book lovers here”, adding, “It was always a delight to look at hundreds of books and realise that I would be able to buy them at reasonable prices. On top of that, it was located in one of the most special places, amid the crowd of Delhi 6. It was a dream place for all students and avid readers. One could never go empty-handed from that place.  And now with the place being shut down, it feels like a horrifying nightmare.”

Prachi Vashisht too expresses remorse at losing this milestone by further adding, “Buying amazing publications on a student budget was something that kept my inner nerd surviving during my college days. Daryaganj was a little spot in Delhi where my friends and I used to spend hours trying to find amazing books. It is disappointing now that this little spot in Delhi is closing up.”

Kushwant Singh once called this market a “sone ki chidiya” (golden bird) and as far as Delhi-ites are concerned, it is indeed a goldmine lost.