Life   More Features  06 Aug 2018  Woman in 'relationship' with ghost from Australia, wants to have baby with him
Life, More Features

Woman in 'relationship' with ghost from Australia, wants to have baby with him

UK based spiritual guidance counsellor claims to have sexual encounters with 20 different ghostly lovers during past 11 years. 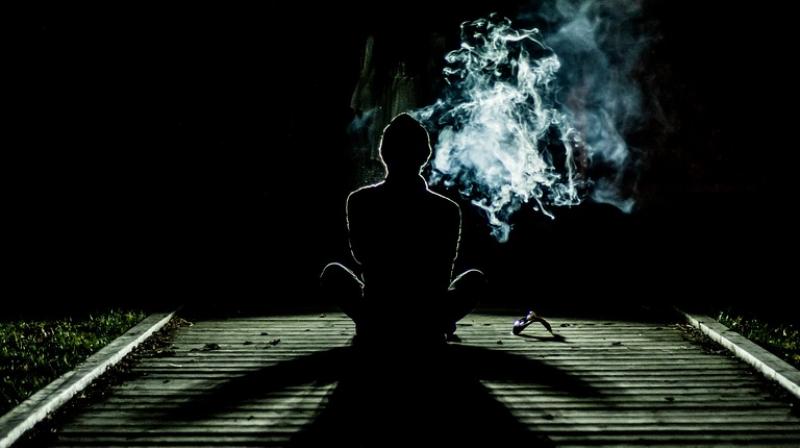 Revealing details of her relationship, she said although she can't see her ghostly lover, she is able to communicate with it and have sex.

In a strange revelation, a woman who claims to have turned her back on men to have ‘sex with ghosts’ more than 11 years back is now claiming to be in a serious relationship with a spectre.

And to top it all, she now reveals that she hopes there may be a way for the pair to start a family.

The UK based spiritual guidance counsellor Amethyst Realm claims to have sexual encounters with 20 different ghostly lovers during the past 11 years.

However, she recently met a special spectral figure during a trip to Australia - a ghost who may turn out to be her one true love

According to a report in MailOnline the woman spoke to New Idea and told them that one day while she was walking through the bushes, she felt ‘his incredible energy’ and knew hat a ‘new lover had arrived.’

Revealing details of her relationship, she said although she can't see her ghostly lover, she is able to communicate with it and have sex.

And despite the fact she she's not 100 per cent sure if they are male, the connection between the two is real.

According to her, the ghost had returned to the UK with her and six months after they met they're still going strong.

She hoped she might be able to take things even further and added that they have been thinking about having a ghost baby.

“I know that sounds crazy but I've been looking into it and I don't think it's totally out of the question,' she told the publication.

Amethyst went on to explain that she has a particular theory that phantom pregnancies are actually 'ghost babies' trapped in human bodies.

She believes some women can get impregnated by spirits but because the human body and mind cannot process it, the pregnancy doesn't go to term.

'I'm sure there's a way around that - I just haven't worked it out yet,' she said.

Amethyst says her relationship with her first ghost lasted for three years before eventually petering out.