Meghan Markle is the dominant one in her relationship, says body language expert

Meghan is more dominant of the two in the relationship and she injects the much needed ‘charisma’ into the royal family dynamic. 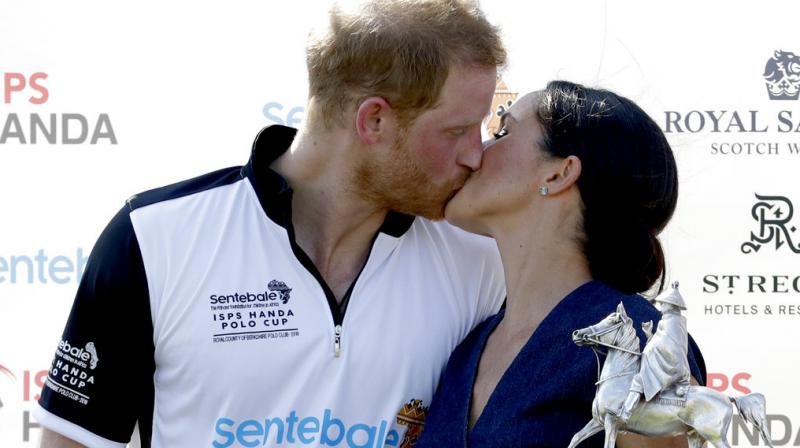 While Harry has the ability to connect to people wherever he goes, Meghan too is showing signs of bringing a new and very potent charisma to their royal outings. (Photo: AP)

According to a body language expert, Meghan Markle is the ‘prime mover’ in the relationship between her and Prince Harry.

Speaking to the Sun Online, Judi James said that Meghan is more dominant of thr two in the relationship, but that she injects the much needed ‘charisma’ into the royal family dynamic,

Sun Online further quoted James as saying, "Meghan arrived on the royal scene displaying strong signals of confidence and an ability to be tactile, spontaneous and uniquely eloquent when she was interviewed as Harry's bride to be.”

James believes that since Markle’s transformation into royal wife, there has been some challenges on the family front thanks to Meghan's father's interviews and input from her step-sister, but also some archaic protocol issues for Meghan to wrestle with.

However, Judi said recent outings of the newest global A-list couple, herald the return of "the Markle-factor", with Meghan re-assuming her role as the key body language power-player in the double act.

She continued that while Harry has always been very natural and has the ability to connect to people wherever he goes Meghan too is showing signs of bringing a new and very potent charisma to their royal outings.

"Her key skills are active listening signals and active engagement techniques that show she is genuinely interested and involved in her communications and wanting to immerse herself further,” she adds.

The head tilt: Technique involves listening with pursed lips and the way she will often touch her left hand to her chest or neck will signal the conversation she is listening to is having a strong emotional or intellectual effect on her.

Her foot-splay: Meghan has opted for a trait that the Queen uses, which is the slightly splayed feet with weight balanced firmly on both feet. The gesture signals quiet confidence and a desire to hear more from the people she is meeting.

The eye-tilt: When engrossed in a conversation our eyes often tilt away in the direction that Meghan uses, i.e. a diagonal and downward angle.

When used alongside some sustained eye-to-eye contact this eye movement signals a genuine evaluation of the message we're hearing.

The scooped hand: This is a signal of not just listening but a desire to hear more and to understand and use empathy with the speaker.