Focus on the effort 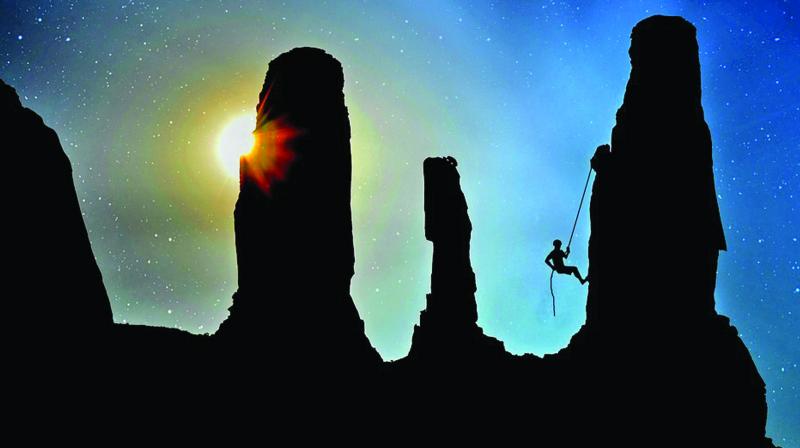 Remember that even when things don’t look like they are moving they are in fact moving without our knowledge.

Once in a while in life we are called upon to handle projects with a long gestation period or tackle a crisis that never seems to blow over. Used as we are to instant gratification, it is easy to get worn down physically, emotionally and spiritually during such phases. During such times we seem to be caught between a rock and a hard place. Even worse are deadlock situations which can be terribly frustrating, simply because of the apparent lack of progress and not knowing whether one is moving forward or backward. In such situations, focusing on the effort will help wean our minds off worry, which in itself is highly draining.  Focusing can help restore clarity and balance.

Doing the best we can under the circumstances and taking one step at a time is the most sensible and practical thing to do when we are up against a humongous task. It will help our cause and aid spiritual growth in ways we cannot fathom. Also remember that even when things don’t look like they are moving, they are in fact moving without our knowledge.

Besides focusing on the effort, the attitude and intent is also of significance. Doing things without working  the mental math, calculating payback and dedicating all actions to the Supreme helps to take the load off the person putting in the effort. After all, are you really the doer or are you more likely an instrument of the Divine? Are there other things happening in the background which you have no control over that supplement your efforts?

Talking of attitude, the most heart-warming example is that of Mother Teresa who did not think twice as she washed the wounds of the sick and tended to them saying that she saw God in each of them.

But then we are lesser mortals and only human, which is why getting some perspective helps. Looking at life not as a huge problem but as a bunch of numerous situations, as Eckhart Tolle tells us, will save us from being overwhelmed. Buddhism also talks about the right effort in its eight-fold path and lays emphasis on effort because each one of us has to work out our own deliverance. Here too doing things in the right frame of mind will add up. The whole point of the effort is the process and  developing wholesome qualities such as love, kindness and wisdom along the way and letting go of un-wholesome ones like greed, anger and ignorance. It is a reward in itself. There are certain negative qualities that detract us from the effort which must be positively eschewed — namely sensual desire, ill will and skepticism. Another critical factor, according to Thich Nhat Hanh, is that the effort must be nourished by joy and interest.

Sometimes the benefits of the efforts that one puts in are reaped largely by another person or the next generation — which is just fine because it teaches us that life is a continuum and much larger than an individual. Understanding and appreciating that, yet not stinting in one’s efforts will pave the way for spiritual advancement and evolution.