An NGO team spent 5 hours to rescue it from the undercarriage bay of the right wing. 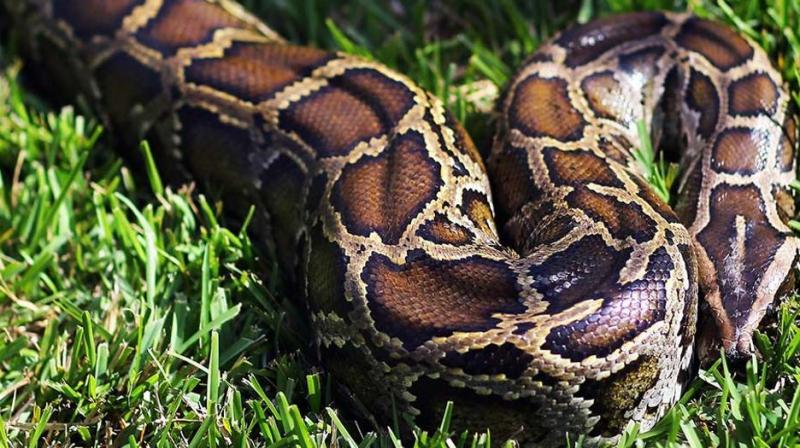 It was removed without any harm (Photo: AFP)

Agra: Shocking reports of terrifying reptiles surfacing in strange places from car engines to refrigerators and air conditioners have terrified the internet for the past few weeks, and now a python somehow got inside the last place anyone would want to find a snake.

An eight-foot-long Indian rock python was discovered inside an air force plane in Agra airbase, and it took a team of Wildlife SOS NGO along with two snake experts nearly five hours to rescue the creature trapped in the undercarriage wing of the transport plane.

The team had to be very careful and patient to ensure that the snake was calm and wasn’t hurt in the process. The non-venomous python, which is under observation of Wildlife SOS, will soon be released in its natural habitat.