The Street artist Tyler, who painted his latest work, talks about mirroring the society in his murals and how that channels his cynicism. 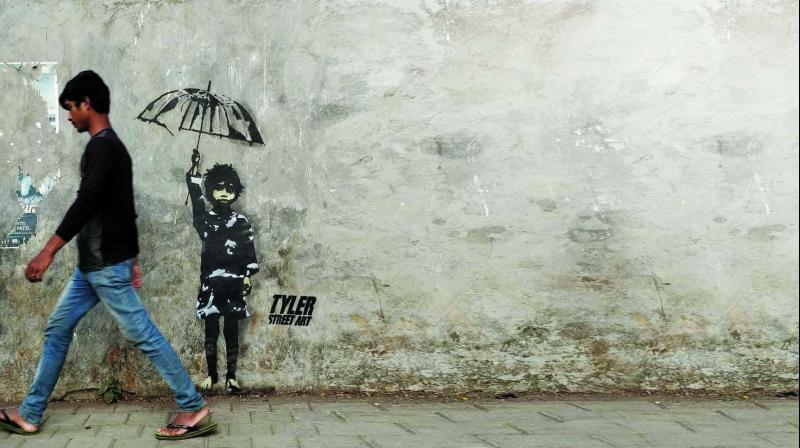 As the cloudy skies and gentle evening breezes suggest, Mumbai will soon welcome its utterly romantic, yet monstrous Monsoon. While a sea of umbrellas is likely to form a protective blanket over some, others will be left vulnerable to the problems that come with the rains. Street artist Tyler has put this reality — that vulnerable sections will bear the brunt of the monsoon — in a visual medium on a wall in Andheri. The latest addition to his body of work, in which socio-political commentary is common, is a mural of a boy holding a worn out umbrella. 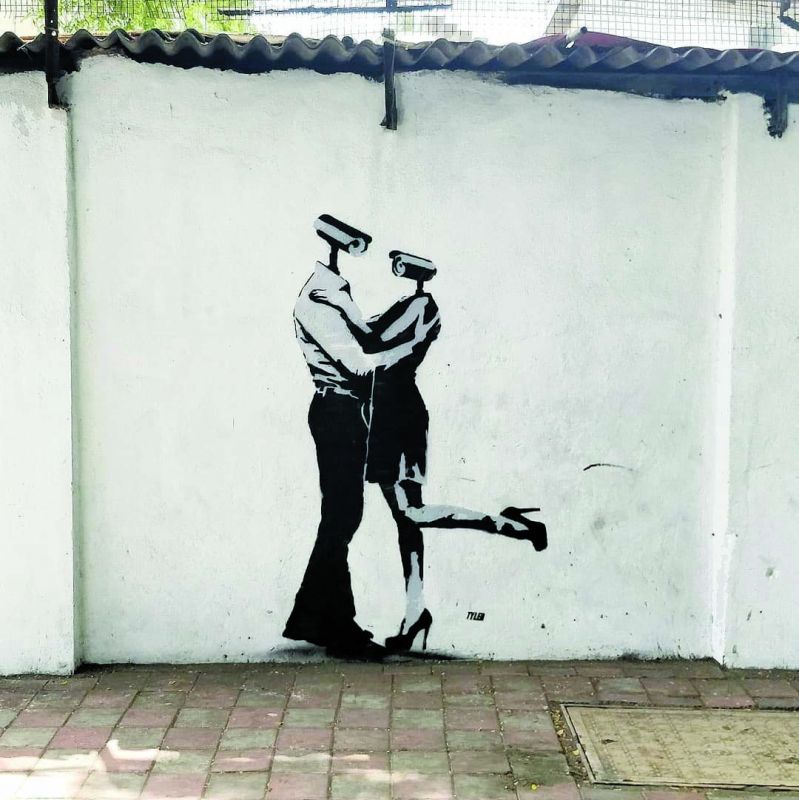 Often called ‘Mumbai’s Banksy’, Tyler, whose pseudonym is inspired by the anarchist character played by Brad Pitt in Fight Club, has almost 200 stencilled paintings around the city, all with the same aim: to hold a mirror up to society. Talking about his work, the anonymous artist, whose murals touch upon the themes of privacy, security, capitalism, corruption, poverty, environment degradation, and even the elections says: “In street art, you play with imagery, you play with form; trying to get under someone’s skin, trying to take a dig at someone, and making a mockery out of the system. And so, I realized that Banksy was the closest person I aspired to be, and no one has inspired me as much as he did. Our society and our system are such that I leave all the beautiful drawings and paintings for someone else to do, whereas I try to mirror and reflect our society.” 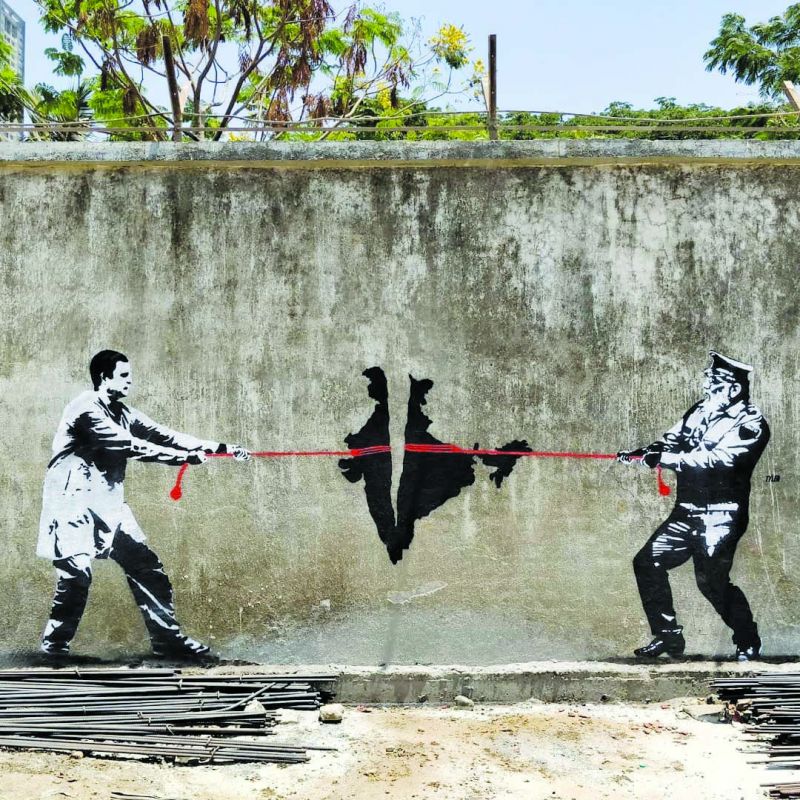 Though Tyler concurs that his murals are a result of his own cynicism of the society, he does not intend to fight fire with fire. “The best way to channelise your anger is into a form of imagery that talks about your anger in a humorous way. The artist tries to bring something in that topic that probably brings a smile or a smirk to someone who has been reading the news. You cannot paint anger on the wall, and street art is nothing but a political cartoon on the street,” he suggests, adding that even though reading news in a newspaper can make one angry, looking at humorous political cartoon in the same newspaper can be cathartic. 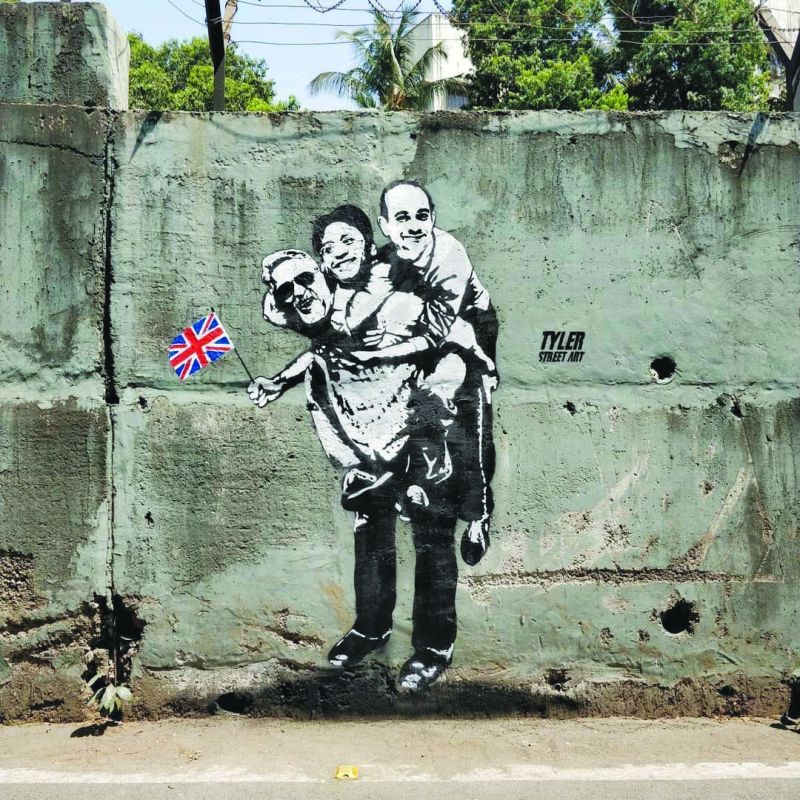 In that sense, his mural of crony fugitive Vijay Mallya holding a flag of United Kingdom and giving a piggyback ride to Lalit Modi and Nirav Modi is a satirical take on the serious state of corruption in the country.

So, it wasn’t surprising that even during the erstwhile Lok Sabha elections, the unabashed Tyler had painted the streets with several murals of Narendra Modi and chief opposition leader Rahul Gandhi. In one of his mural, Narendra Modi in a chowkidaar outfit and Gandhi are seen fighting a tug of war that is tearing the map of India in two. In another, the two politicians are wearing black suits and holding red coloured balloons for the passers-by. The latter, which was a take on the aggressive campaigning from both the ends, was painted over a few days later. Talking about his works getting vandalised, Tyler’s reaction is far from what one would expect. “Street art comes in full circle. It may be karma, because you are claiming something that is not yours. I believe that you have painted the greatest street art if the local authorities have bucked your piece. If your work is still on the street, it’s not offensive. But when it is whitewashed and covered, that piece has lived its life, it has fulfilled its purpose, it’s now complete,” he says calmly. 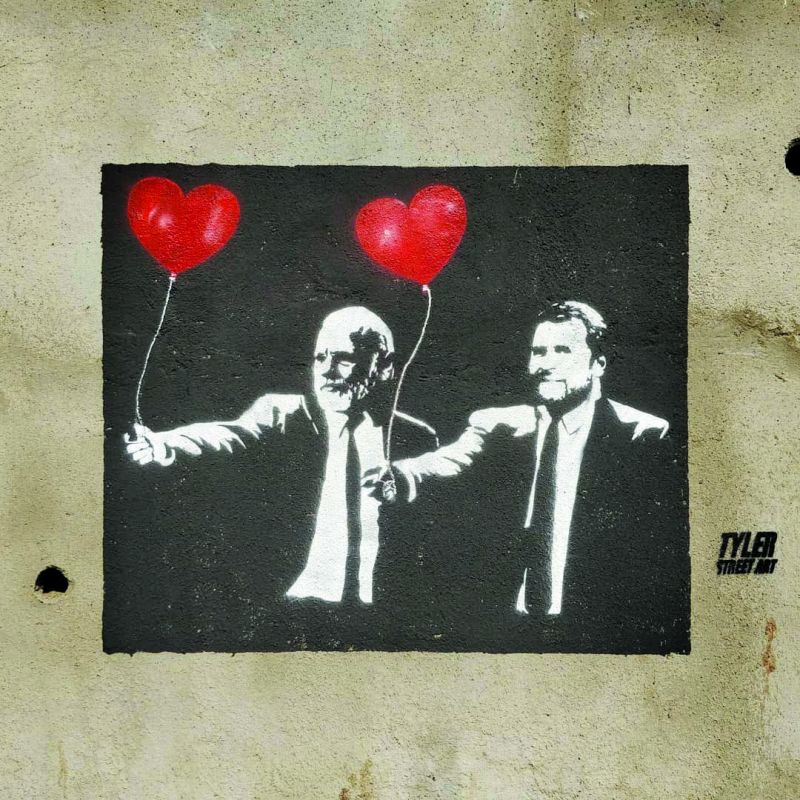 In a country where freedom of speech is increasingly coming under the radar, it is only fair that Tyler has chosen to remain anonymous. Even though he has received multiple online threats, with some even alleging him to be associated with certain political parties and corporations, Tyler appears unaffected and resolute. “I am just trying to mirror my society. If you get a threat for your work, it means that you are doing something great, something right. I just want to be known as someone who had the courage to speak up,” he concludes.