Is your spouse emotionally unavailable?

Though emotional unavailability (EU) is largely associated with men, there are women who suffer from the condition as well. 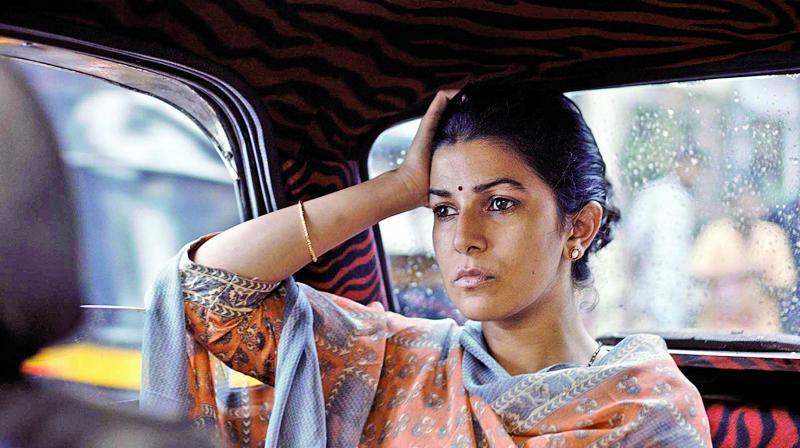 EU individuals would never be beside their partners in times of need and might even leave them on their own when they require a support system.

Emotional unavailability, which can be mistaken for a character trait, is a condition that breaks many marriages. With determination and unity, couples can fight it and live happily ever after.

‘We are strangers living under the same roof’ – how many times have you heard/said these words about married life from/to a close friend? Married life isn’t easy, but when one starts feeling that their spouse is never available for him/her, there’s something else troubling the relationship. Emotional unavailability is a condition that can’t be identified easily and can be mistaken for a character trait as such individuals appear perfectly normal, but are rarely interested in expressing their feelings, sharing responsibilities or creating an emotional bond with their partner.

Though emotional unavailability (EU) is largely associated with men, there are women who suffer from the condition as well. The signs are similar – uninterested in daily chores, spending more time with friends, avoiding conversations with partners, finding excuses to not take up responsibilities, inability to contribute to the relationship and decreasing or nil intimacy. Priya Varghese, consultant clinical psychologist at Pushpagiri Medical College Hospital, Thiruvalla, explains, “Men are widely believed to be stingy with expressing love, but how does the other person know that he loves his partner unless he expresses it in some way or another? Who can read the mind? Women mostly express their love and want it to be reciprocated the same way. When that lacks, coupled with emotional unavailability, matters take a worse turn and the relationship starts deteriorating.”

Signs
Irresponsibility: While women ignore household chores, avoid taking up responsibilities or stop grooming themselves, men do not show up during hours of crisis or significant moments. EU individuals would never be beside their partners in times of need and might even leave them on their own when they require a support system.

Inexpressiveness: EU individuals wouldn’t share their thoughts or feelings with their spouses. They wouldn’t discuss their personal matters and nor would initiate any conversations at the end of the day. They would express love or appreciate the spouse and would be too busy to talk or listen.

Blame-game: Emotionally unavailable men easily assume the role of a mother-in-law and keep blaming the wife for anything and everything. Women too become critical of the husband’s attire, job, etiquette and mannerisms. Making the other person feel ‘unfit’ is another sign.

Time for everything else but you: The EU individual will have time for friends, work, parties and trips, but never for the spouse. The person might never leave his comfort zone nor accommodate the partner into it. There might be promises to change and revive, but none of them might actually happen unless they consciously work on it.

Lack of intimacy: What begins as lack of emotional intimacy ends up in lack of physical contact. In most cases, it will be the woman who decides to not have sex with the partner who is unavailable for her which results in the marriage on the rocks.

Avoid conversations: Partners stop talking and spending time with each other as they give preference to their profession or money or children. In the long run, they drift apart and sometimes, land in extramarital affairs.

Reasons
Not my type: Everybody has certain dreams about their spouse. But be it in love marriage or arranged marriage, one gets to know about the partner only when they start living together. When they get to know the ‘real person’, disappointment creeps in and unknown to them, they become emotionally unavailable to the other person.

Past: As in most psychological conditions, EU too might have triggered by incidents from the past like a breakup, a love affair went awry, absence of a romantic relationship or forced marriage. Getting over a tough phase sometimes requires help; either be the help or get the partner professional help.

Image building: Sometimes, the EU individual wants to make the partner feel that they are tough and hide their original traits which they consider as weaknesses. In the haste to maintain a good image, they result in losing the trust of the partner. There are also cases of sadistic persons finding pleasure in the pain and suffering of the partner by staying aloof from the relationship.

Social media: No doubt that it has its boons, social media is a villain in marital life. Couples who are stuck to their mobile phone screens lack eye contact and the emotional connect with each other.

Priya observes that EU has serious impact on the partner. “When one shows emotional disconnect, it is the partner who suffers. From inferiority complex to frustration, it grows into violence on children, paranoia, suspicion of fidelity, insecurity and in worse cases, suicidal tendency. In such families, children will also be affected.”

EU can be a temporary condition too, but to address the problem, both partners need to accept and cooperate wholeheartedly to make the relationship work, she says. “Counselling is very important, especially pre-martial counselling. Couples might feel that they share similar interests and traits, but they are different individuals and might have very extreme personalities from what they project. While they accept the problems, they should be motivated enough to solve it,” Priya adds.

“A person might not have been in a relationship before; so while entering marital life, they might not be aware of how to accommodate another person in their life. Being frank and transparent is very important, not in just thoughts and interests, but about finance management too. The more the person tries to hide matters from the spouse, the worse the relationship becomes,” she says.

There are the fake progressives too. “These people speak about equality, but at home, place themselves on a higher pedestal and consider their spouse as a slave. Such persons need to change their attitude. Nothing else would work for them,” Priya says.

Check out for the signs. It might be your spouse, or may be, yourself who is emotionally unavailable. Introspect, accept and together, try to fix it.