Bouncing through the bazaars

A walk will that take you through the hidden markets of Fort and reveal the history behind such bazaars. 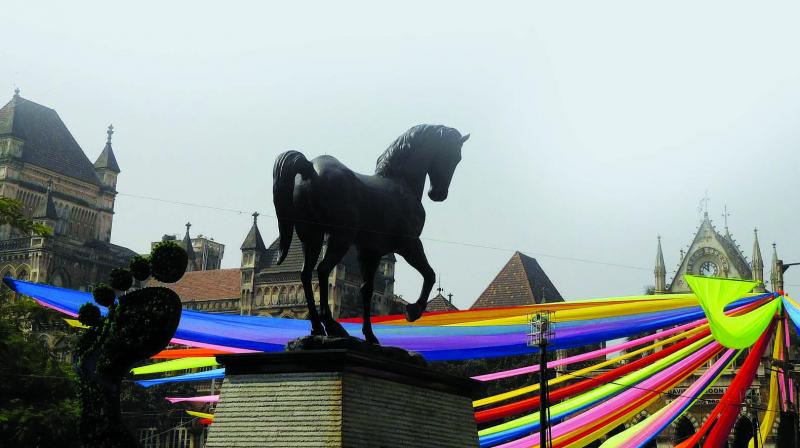 The walk will start at Kala Ghoda and end at Churchgate, taking you through hoards of historical places on the way.

On a walk along the footpath towards the Gateway of India, one can find plenty of small shops and stalls selling all kinds of things. From cheap or branded gadgets, clothes displayed in piles to artificial jewellery, these markets are the go-to places to splurge on a budget.

Taking you through many such markets in South Mumbai is a walk called The Bazaars Of Fort, acquainting you with the history of such bazaars. The Fort area, which is home to some of the most famous markets in the city, is often hustling and bustling with people during the busy hours. Fashion Street and Crawford market are some of the most popular ones, although the said walk promises to uncover the other such hidden gems.

Tarun Chandiramani, who is a volunteer at the organisation Go Play Watch Eat, promises that the walk will surely engulf the audience with their historical revelations. Talking about choosing the area of Fort for the walk, Tarun says, “When Mumbai was Bombay and had established itself as the trade capital of the country, in the maze of the lanes and bylanes of the Fort were some of the most prosperous trade activities and millions of rags to riches stories. The markets were not only the essence but also the lifeline of the city and continue to be so. So, if we had to conduct a walk in Fort, it had to be about the bazaars of Fort.”

Mumbai may be the financial capital of the country right now, but the establishment of these small markets can be credited to the erstwhile successful trading businesses in the city during colonial times. “Bombay being a natural port became a highly coveted center for trade and commerce. Eventually, the areas surrounding the ports like Fort and Colaba among others started enticing traders from all over. That’s when the markets started flourishing in the bylanes of Fort area,” reveals Tarun.

As a part of their walk series Gully Tales, the volunteers will guide you through the tiny lanes and will show you a different side of Mumbai. Revealing the details of their other walks, Tarun summarises, “These tours guarantee to handhold participants through the gullies of Mumbai; stopping by at a chaiwala with a history, walking by a traffic signal that speaks of the past, and revealing a spot that featured in an old blockbuster.”

Apart from the bazaars, the walk will also take you through some of the known and unknown places. The walk promises to enlighten you about the oldest newspaper in the country and even about the historical significance of the art-district Kala Ghoda.  Additionally, Fort is also home to generations old eateries, but this tour will take you to some lesser-known food joints. “Apart from the known eateries, this tour will handhold participants to historic eateries and smaller food joints that otherwise are missed by the regular tourists,” says Tarun. Furthermore, he mentions about an exciting Jewish structure that is surely a stop in the itinerary. Although he prefers to keep it a secret but gives us a clue of what it could be. “When the fort was broken down, a structure was erected for the convenience of the city’s literati. This structure is an integral part of Fort’s skyline,” he signs off.

—The walk takes place every Saturday from Kala Ghoda, Fort at 9am