Life   More Features  06 May 2017  This photo of a girl with a really 'long' hand is going viral
Life, More Features 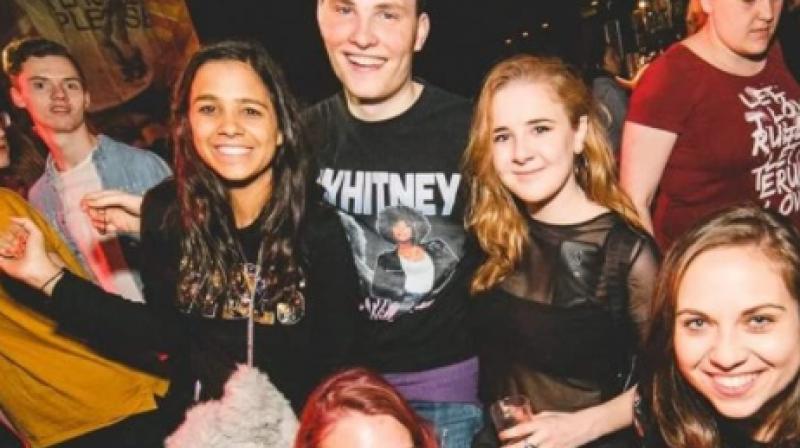 Every person in the photo is wearing black and that's why the hand looks really long but it cannot be understood when viewed at first. (Photo: Twitter)

There are many photos on the Internet . A photo recently went viral on Twitter and Twitterati couldn’t believe what they were seeing because the girl in a photo had a really ‘long’ arm.

According to a media report, the photo of friends at a club was posted by a twitter user named Elle Bailey because it was clearly an coincidental optical illusion and other people can’t get over it. While the girl has a drink in her left hand, the right hand seems to be really long and it is only because the others in the photo are also wearing black. However, a viewer looking at it the first time wouldn’t know because it looks like one really long hand.

Users are amused and now the photo has over 5,300 retweets and liked by almost 20,000 people. The girl in the photo is the sister of the girl who posted it with the caption, “My sister's arm in this club photo looks about 6ft long I'm crying” and we can clearly understand why she can’t handle it.