These women are smashing stereotypes with electric guitars 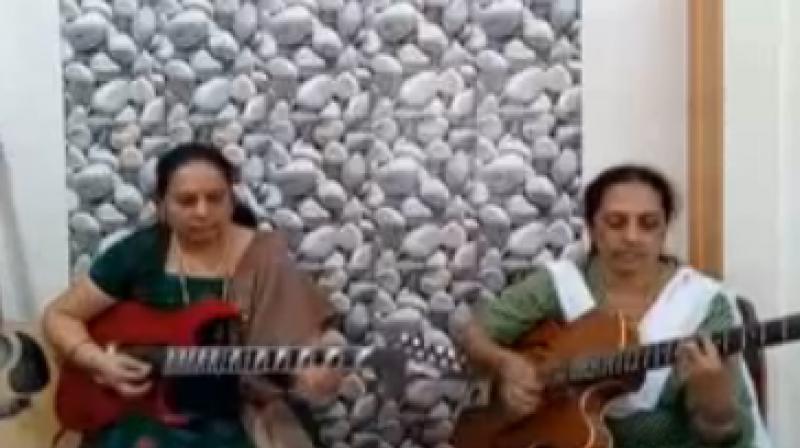 The catchy tune has caught everybody's attention and it is now all over the Internet. (Photo: Facebook)

People playing the guitar are usually associated with bands and a really cool music scene with great music. Two women however are changing that notion as a video of them is now going viral where they play the guitar effortlessly and have now left people in awe of them.

The video, which was posted on the Facebook page Desinema, shows the both the ladies picking up the electric guitars to play the melody. While one played the melody the other played rhythm, in perfect synchronisation. The identities are yet unknown but many say they are quite popular in Karnataka, as they are also music teachers.

The video now has over six lakh views and 10, 000 shares and has been receiving all kinds of positive comments. While many have also spoken about how we think that only youngsters can play the guitar really well, the older people are quite good themselves.