A fair in the city is all set to give hope of independence and fuel entrepreneurial ambitions of members from the transgender community. 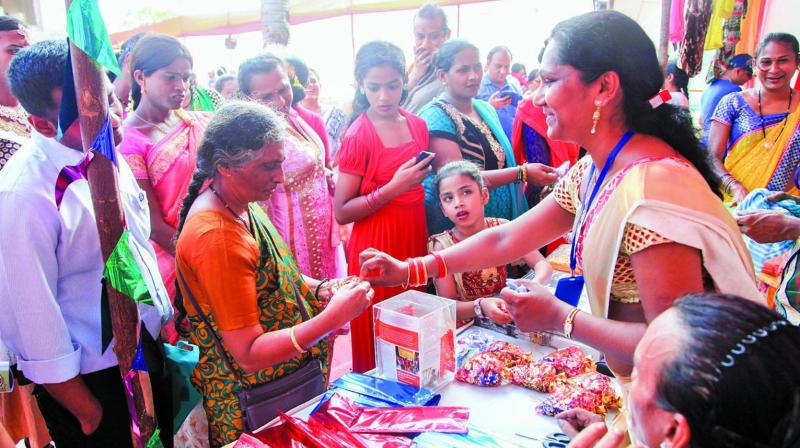 A file photo from last year’s fair where a participant is selling articles at a stall.

When Jay Swapnil went around looking for a decent and respectable job outside his community, people not only turned up their noses but also mocked him for being ‘ too girly’. His isn’t an isolated case. There are several members of the transgender community who are not accepted by the society. Just like Swapnil, many others of his kind are left with a few options to earn their livelihood — to beg, engage in prostitution or become an activist to fight for the rights they deserve.

Engaging in activities outside the community becomes difficult, because there is always someone who is telling them that they are not ‘normal’. Over the weekend The Trans and Hijra Empowerment Mela, to be held in the city, will be trying to change just that. The purpose is to bridge the gap and take initiatives to make the transgender community self-dependent through dignified means of income generation. “It is very important to change and transform societal perceptions about the community. People are always of the opinion that members of the community are dancing, begging or into flesh-trade to make money, but that isn’t always the case,” shares Krupali Bidaye, one of the volunteers of Anam Prem, a Mumbai–based group of volunteers which is organising the event. 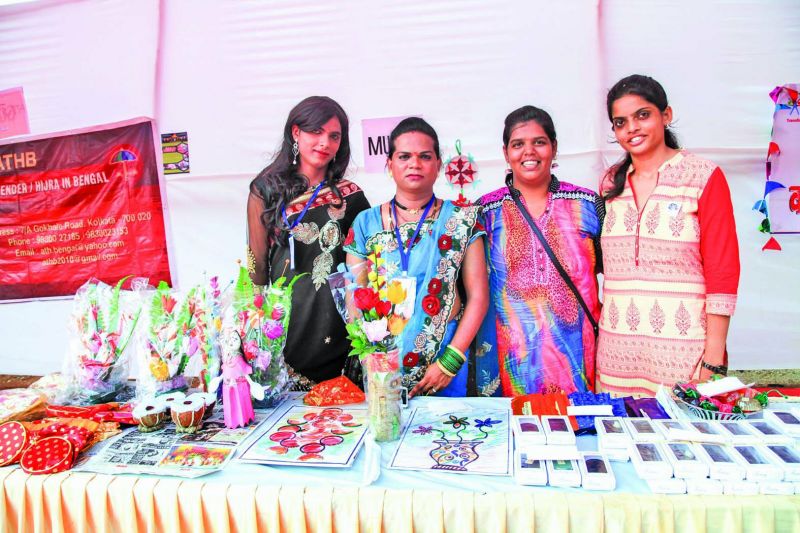 Titli at her flower stall during the first edition of the fair.

Transgender members from over 12 states will be putting up stalls showcasing their skills in cooking, make–up, mehendi, handicrafts and designing. The efforts of mobilising the community finally paid off when members agreed to leave behind their routine to try their hands at sustaining themselves through dignified means after the first edition. “Most of the members in our community in Mulund are into begging or sex-trade because that is the regular means of income for them;  but things have started to change for the good after our first stint at the empowerment mela. We are confident, we have learnt to sustain ourselves by selling flowers, and one of our members even runs a stall of sandwiches while the other sells gajras at Bhandup station. This wasn’t the case earlier; we thought people wouldn’t accept us considering they never have. We are now convincing other members of the community to try their hand at these small entrepreneurial ventures” says Titli who has just completed a huge order of supplying scented flower garlands for a function.

An LGBTQ activist, Swapnil’s experience made him apprehensive of seeking jobs anywhere outside his community, “I tried joining the share-market, but it was very uncomfortable because people would tease me saying I was girlish. It was then that I decided to work with my people only. During the mela, five of us had set-up stalls, we made bamboo jewellery, handicraft artefacts and the response was good.” Swapnil now runs a business where he makes bamboo jewellery and supplies it to people. “We receive orders and are confident of making a livelihood on our own. The income isn’t much but at least we know that our work can sell and people would like to buy stuff from us. Just recently we received a bulk order for bamboo jewelleries. It feels so good to have an identity of one’s own; we now plan to set-up a paperbag manufacturing unit. If the society were even a little supportive towards us, a lot of our problems would be solved easily,” Swapnil signs off ruefully.