No April Fool’s joke, this!

The former White House occupants have been far too busy enjoying their free time. 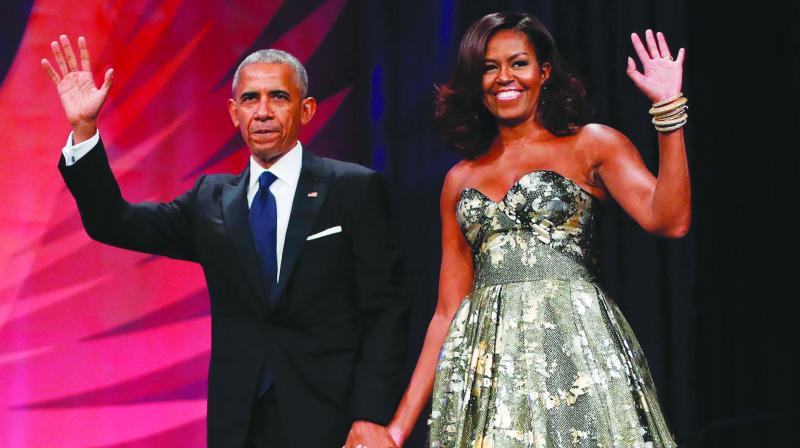 Barack and Michelle Obama may visit a famous yoga centre in South India.

Come April 1 and ‘fake news’ peaks. The jury may have already come to the conclusion that most of the outlandish stories from last week had no basis in reality and that media tries real hard to make them sound as realistic as possible! Many failed the test because they were way too obvious.

But amidst the news breaks that were swirling around the start of a new month marked by All Fools Day, was a snippet that claimed Barack Obama, the former US President, was contemplating a visit to a famous yoga centre in South India.

Now, it is a well known fact that both Barack and Michelle are ardent yoga fans. Inspired by Indian Prime Minister Narendra Modi’s visit to the White House in 2014, when he was fasting for Navratri with all of his energy and stamina intact, Obama has shown great interest in the physical culture of yoga.

“The President also expressed interest in having a conversation about yoga. There were some very personal, very human moments of interaction,” a White House spokeswoman had said in response to a reporter’s question then. Now that Obama has far more free time on his hands, he might use some of it to whet his curiosity about yoga for fitness and health.

However, the former White House occupants have been far too busy enjoying their free time. They have been visiting exotic islands in the Caribbean as well as in Polynesia even while writing books for their multi-million dollar contracts with Penguin Random House.

Among the listed public events that Barack Obama would be going to soon is a visit to Milan for a food festival, when the Mayor will also be presenting him with a key to the city. There is nothing in his itinerary yet to suggest a visit to India although Isha Yoga near Coimbatore would love to play host to the former US President if he desires to soak in the yoga culture. If the visit does come about however, not just the ashram, but millions of Indians would be mighty pleased, most of all the Prime Minister, for whom yoga is a way of life now.