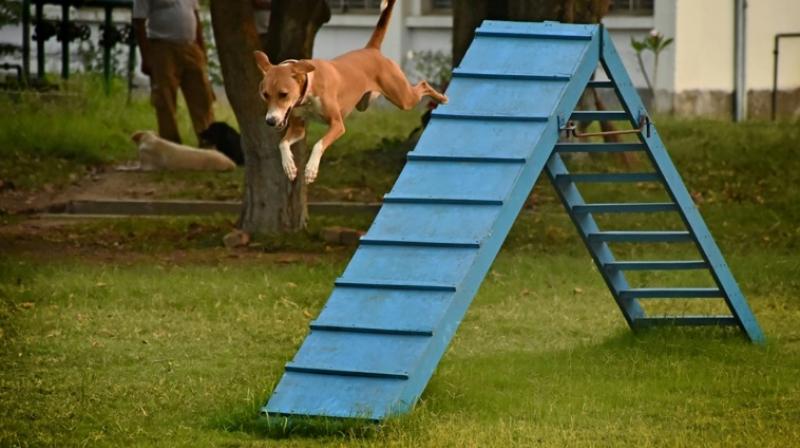 Asha is the first mixed-breed dog to join the 30-strong unit. (Photo: AFP)

Some 18 months after been rescued from stone-throwing children, an Indian street mutt has emerged top dog in an elite bomb and drug-sniffing squad.

"Asha", meaning "hope" in Hindi, was rescued by West Bengal police when they found her being mistreated outside their training facility. "The dog was bleeding when she was taken inside the campus," senior West Bengal Police Training Academy official Dipankar Bhattacharya told AFP.

Officers originally intended keeping the mixed-breed stray as a pet, but Asha turned out to have a nose every bit as good as the German Shepherds and Labradors usually trained to sniff out explosives and drugs.

Sajal Mondal, the head of the academy, said she passed the gruelling training with flying colours and that drugs and explosives like TNT were no match for Asha's keen sense of smell. "She performed better than her pedigree peers, jumping nearly six feet (two metres) high and crossing hurdles," he said. "She is also our fastest runner." Asha is the first mixed-breed dog to join the 30-strong unit.