The man was reportedly arrested by police shortly after fleeing the scene in Mühlacker on Friday. 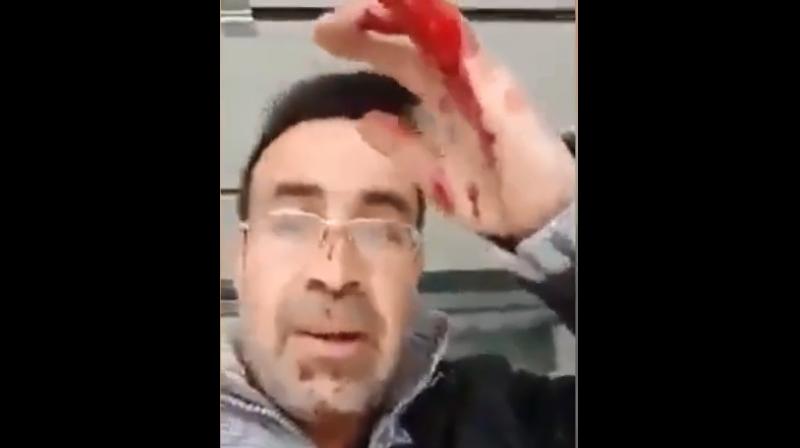 The couple's young daughter was in the home during the shocking killing and called police. (Photo: Youtube Screengrab)

In a shocking case of brutality, a Syrian man living in Germany broadcast himself on Facebook Live moments after murdering his wife.

The case was reported by the media of the country.

The man, Abu Marwan, 41, reportedly stabbed his 37-year-old wife four or five times in the neck before running away with one of their children.

The shocking video sees him with blood on his face and a cut on his hand as he speaks breathlessly to the camera.

Behind him, a young boy thought to be his son stands and watches before shouting into the camera.

The man was reportedly arrested by police shortly after fleeing the scene in Mühlacker on Friday, the chief prosecutor in the case said.

According to reports in Al Arabiya, the video sees him attempt to justify the murder by saying he did it to send a message to women who irritate their husbands.

The video sees him warning, “This is how you'll end.”

He and the boy believed to be his son also urge viewers to share the video.

The man had reportedly been kicked out of the home when he tried to visit his wife, from whom he was reportedly separated.

He had wanted to resolve matters but the woman - who had custody of their three children - was not interested.

According to German press, the man often called the woman for money.

The couple's young daughter was in the home during the shocking killing and called police.

The Badische Neueste Nachrichten reported that the couple's children - two sons and one daughter - had been handed over to youth services.

The Mühlacker Tagblatt newspaper reported that the family had come from Syria as refugees, but that the father no longer lived with them.