Forty-year-old Vidya from the city completed the gruelling 59-km Bhimashankar trek run in less than 18 hours. 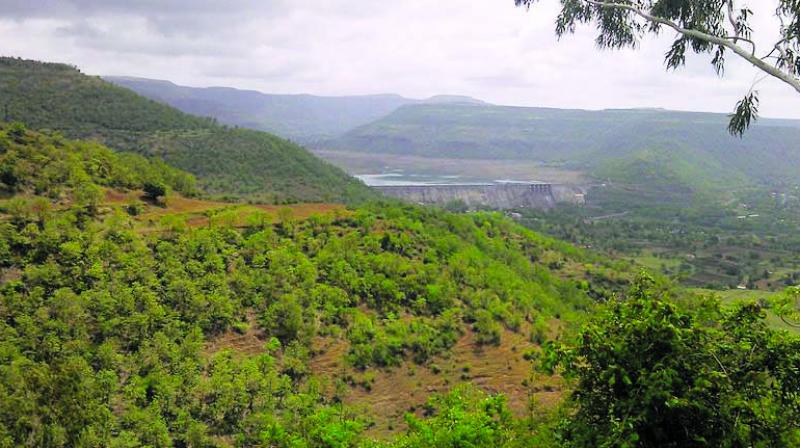 Vidya has successfully completed the challenging Harishchandragad trek in the Western Ghats—twice.

Green meadows followed by head-high bushes, hidden waterfalls, the stony paths make the Bhimashankar range one of the more popular trekking points among Mumbaikars. One of the oldest treks in Sahyadri range, it tests the endurance level of a trekker.

While it would take a layman three days to complete this trek, a city-based group, Isolation Zone comprising 26 participants completed the 59 km trek in just one day.

And out of those 26 hikers, Vidya Sagare-D’souza was the only woman to finish the trek in 17 hours and 40 minutes. However, this feat has been on her mind for two years now.

“The idea for this one day trek was laid back in 2016, when it took us three days to complete the trek,” says a proud Vidya. The group created a pilot trek to make their route easier. “We ran a two-day pilot trek to mark the route so that we could save time. And that plan definitely helped!” she beams.

Although the 40-year-old manager has been trekking for about a decade now, it was only in the last two years that she started to follow a physical routine.

“For years, I didn’t follow any focused fitness activity. But I had an active lifestyle and could finish 14,000 steps a day,” says Vidya. However, it is model and actor Milind Soman, who has a lot to do with the turning point in her life. “There was some buzz when Milind completed a 160 km trail of the Western Ghats in a day. I was shocked. I kept thinking that if a 53-year-old man could achieve this feat, then why can’t I?” she recalls.

In 2016 she started training with Milind’s running initiative Pinkathon. Last year, Vidya was declared a brand ambassador for them. Since then, the mother of one has been living up to the title.

Vidya has successfully completed the challenging Harishchandragad trek in the Western Ghats — twice. She has also completed the Alang – Madan – Kulang, known to be the toughest trek in the Sahyadri range, in just two days.

“It was a 65 km long trek that also required rope-climbing. This trek boosted my confidence, so much so that I believed I was ready to face any challenge,” she beams.

If this was not enough, the adventurer has been training for ultrarunning for a year now. She even completed her first ultra run of 65 km. “We started from a village in Manipur, and the run later concluded in Burma. Although it was uphill, I managed to finish the run in 10 hours and 43 minutes,” reminisces Vidya. 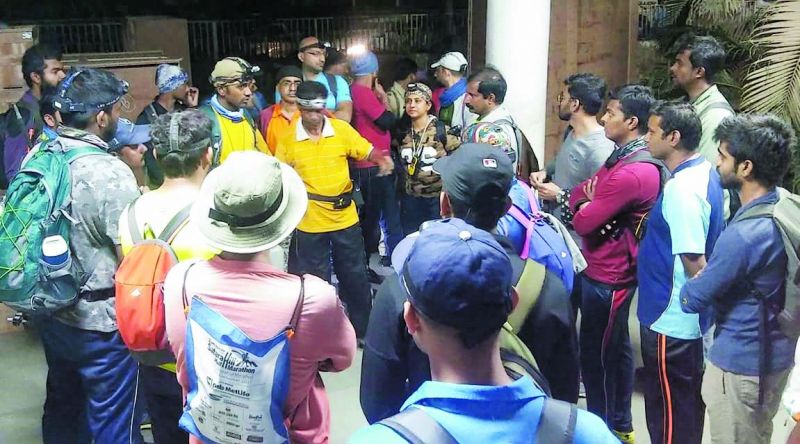 Vidya Sagare-D’souza with the members of Isolation Zone

The trekker credits the constant encouragement and guidance from the Pinkathon community for her achievements. “There are constant challenges like 100 days of running, 100 planks and diet guidance. All these factors have built my endurance level,” reveals Vidya, who has been on a no-sugar diet for the last 14 months.

Now, her daily routine includes running five days a week for at least five km, exercises to improve her core strength, planks, push-ups, and 100 surya namaskars. And with this regime, Vidya aims for the Garhwal Ultra Run in April.

Having transformed her life after choosing to lead a healthy life, she now urges every woman to do the same. “If you ask a woman what is the important thing to her, she will name everyone but herself. I want women to take out time for themselves. If they manage to take an hour for themselves, it isn’t selfish,” concludes Vidya.