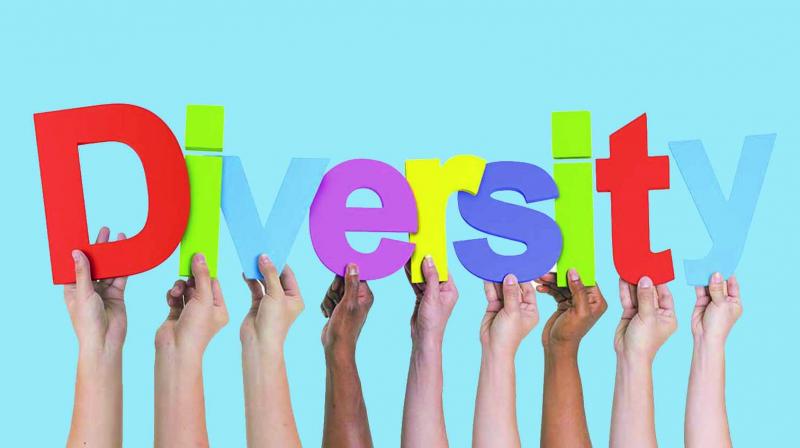 Language is how we not only communicate, but how we connect to the growing world around us. Along with India’s role in international affairs, the demand for an education based on South Asian culture and language is growing and American universities are answering the call.

Knowing a new language always opens a new window in our worldview and makes us more aware, open-minded and respectful to other cultures, lifestyles, customs and beliefs. Open a newspaper every morning and one can find an article regarding India’s role as an up and coming economic and cultural force in the world. Turn on the television and one can find entire TV shows, such as Outsourced, related to India. Historically tied to the West, Indian culture and linguistic diversity now permeates every aspect of American life from curry cookbooks to yoga.

“I am not white. I am not black. I am not yellow. I am Asian, but I am rarely classified as one. I am Indian, but barely recognised as one. I dress in jeans and T-shirts, I eat at the local McDonald’s, I watch Will and Grace with a religious fervour, and I listen to Justin Timberlake on my iPod when I am walking to class. But on the flip side, I also have read the Quran in Arabic, I fast every year during Ramzan, I love watching Indian movies, and I sing songs by Gulzar when I am cleaning the house. To most this description may sound like two completely different people, a complete identity crisis. I speak both English and Urdu fluently and feel comfortable with both parts of myself”, said one of my students who considered herself partly Indian and partly American.

In a time where Bollywood movies are making their way into American theatres, an Indian-flavoured remake of Jane Austen’s classic Pride and Prejudice opened nationwide a couple of years ago, a cross-cultural experience is being defined that celebrates the ups and downs of international fluency. Film dance performed at college campuses across the nation are vigorous adaptations of Bollywood songs and incorporate Western and Indian elements in its expression. Film dance competitions are very competitive and also attract extremely large audiences. Indian dance is very popular to non-Indian audiences, and many non-Indians can be seen adopting various forms of Indian dance into their interests.

By having a basic understanding of language, individuals can better assimilate into a culture, and have a deeper and more meaningful experience with people of that culture. “As simplistic as it may sound, my obsession with Slumdog Millionaire led me to watch City of Joy, which compelled me to watch Marigold, which interested me in a documentary narrated by Chris Rock that explained that India’s largest export is human hair! Imagine that! All of these “exposures” to Indian culture made us want to learn more, that is, what makes India so uniquely transcendent? My fascination with Indian culture leads me to language class. From my layperson’s perspective, India’s linguistic and cultural diversity is magnificent, yet it is somewhat disparaged by the fact that almost half of its population lives in abject poverty,” said Christopher Farkouh, a first year student.

Living in a diverse place like United States, you come across to meet and converse with all kind of “desis” now. One can easily find people, who have come from a non-English speaking ethnic and cultural background; how many of them can speak and understand their parents native language. Also, a lot of people of this generation can understand but can’t speak it.

After 9/11, there has been a change not just in the US but also in the entire world. Language is the essence and the identity of culture, and is the major tool for communication. To know one’s language is the key element in keeping and preserving the fundamental nature of one’s culture. In recent times the idea of linguistic and cultural awareness in the US has increased thus allowing a person with linguistic skills to be more culturally accepted. Language is how we not only communicate, but how we connect to the growing world around us. Along with India’s role in international affairs, the demand for an education based on South Asian culture and language is growing and American universities are answering the call.

The beautiful sounds of which one hears, understand and gets familiar in the first language since the very beginning has such an important role in shaping our feelings, emotions and thought process. The concept of the first tongue is a fascinating aspect of language that has transcended generations. To have a better understanding I have asked one of my first generation American-born Indian students Meghal and she said, “I have experienced the interesting facets of language and culture. My mother tongue is English, however, my parents grew up speaking two different Indian languages: Gujarati and Kannada.”

To preserve the linguistic diversity and cultural heritage, we must always stand up for the right to speak and teach their own language. We must celebrate our vibrant linguistic and cultural heritage on a regular basis so as this tradition may be pass down through generations. We must not forget to tell the young generation about the power of language by sharing our stories with others, to persuade, to educate and to preserve our linguistic and cultural heritage. Linguistic diversity and multilingualism has greatly increased in prevalence and popularity over the last few decades. All aspects of language and culture have manifested in various forms throughout popular American culture. In this era of technology and advancement in every aspect of life, regional and linguistic differences make the person unique and a spectacle which can be seen and embraced.

No matter which part of the globe we live in, we should make a commitment to reaffirm the respect for great diversity of languages and cultures around the world and work together to promote mutual understanding and cooperation.

The writer is a well-known linguist and teaches at Washington University in St. Louis, US. He can be reached at warsimj@gmail.com