History and culture dock at Sassoon

This walk at the Sassoon Docks is an attempt to acquaint people with the centuries-old heritage and the fishing business that takes place every day. 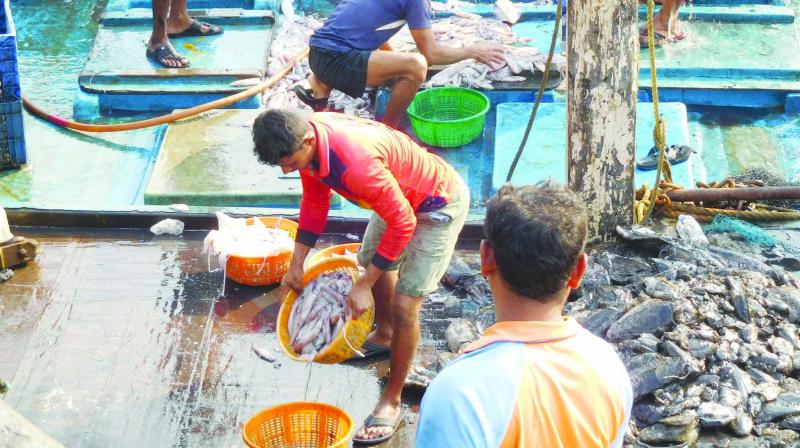 Fishermen at work at Sassoon Docks

At 143 years, Sassoon Docks is one of the oldest docks in the city, and overlooks the Oyster Rock, a distant island. The dock in South Mumbai is famous for its fish market, and even for its recent arty makeover. However, not many know its rich heritage and history.

And to familiarise Mumbaikars with this very heritage, Gajanan Khergamker hosts Sundays at Sassoon Docks: Mumbai’s Jewish  Connection, a special walk. The founder of DraftCraft looks to acclimatise participants on the magnificence of the dock, the fishing industry and more.

“Sassoon Docks was built in 1875 on reclaimed land, by David Sassoon & Co. It was owned by Albert Abdullah David Sassoon, a Baghdadi Jew and the leader of the Jewish community in erstwhile Bombay,” he explains the Jewish connection of the docks to the community. “The city’s most recent connection that may be recalled is with the Mumbai Chabad House targeted by terror – and that forms our another walk, The Terror Trail.”

Indeed, the idea of bringing Sassoon Docks’ history into the present context isn’t just another event. It’s part of a series of events started by Gajanan and his co-organisers, to educate journalists, politicians and activists on the importance of areas, and The Terror Trail is a similar walk.

Another interesting aspect of the Docks that Gajanan looks at covering is the smuggling and Bollywood angle to the docks. He reveals that he also directed a web documentary called In the Dock, which deals with this aspect. 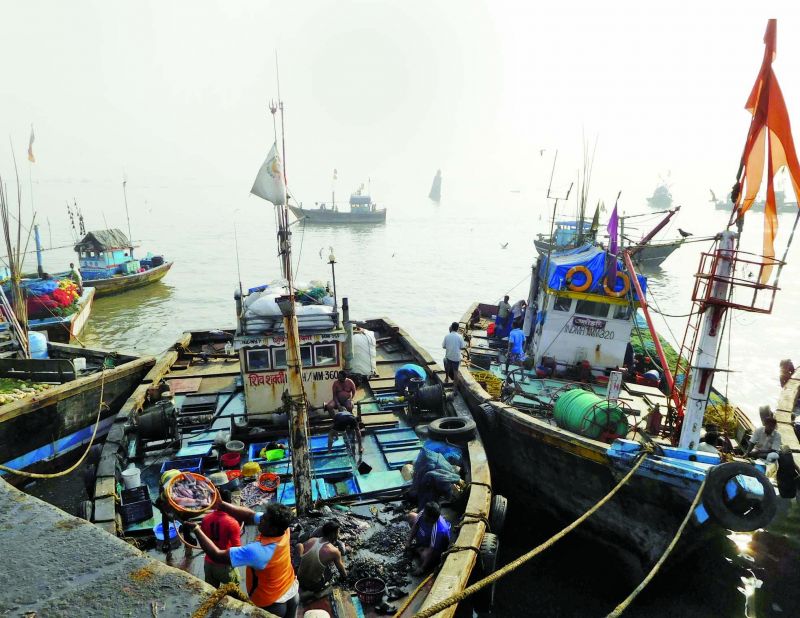 Boats waiting to sail back to catch fresh stock

Gajanan adds that while all things new and old about the Docks are on the schedule, what one must not miss is witnessing the way fish trade actually takes place. “The auctions, fishing processes, loading and unloading of fishes from trawlers onto the mainland, the catch being collected, shifted and sold in the mornings, beside the actual fish market thronged by locals traders and home buyers is worth observing,” asserts Gajanan.

Surprisingly, he says, it gives participants on the walk a deeper understanding of the roles played by Bengalis, Tamilians, Maharashtrians, Banjaras, and even people from UP at the Docks. This dispels the ‘Koli only’ myth that surrounds Mumbai’s fishing activities.

The walk has already attracted enthusiasts, foreigners and experts from all over the world, says Gajanan. “While we have people come in from Thane, Navi Mumbai, Kandivali and Andheri, people from as far as Pune, Ahmedabad, Surat and Daman also visit,” he lists.

However, Gajanan doesn’t lose sight of the bigger idea for the walk, while he deals with the walk’s popularity. “I’m confident that walks and tours, which are customised to educate and initiate empathy among participants, will go a long way in blending knowledge with recreation,” he smiles.