A recent study has linked shisha smoking to an increased risk in diabetes and obesity. 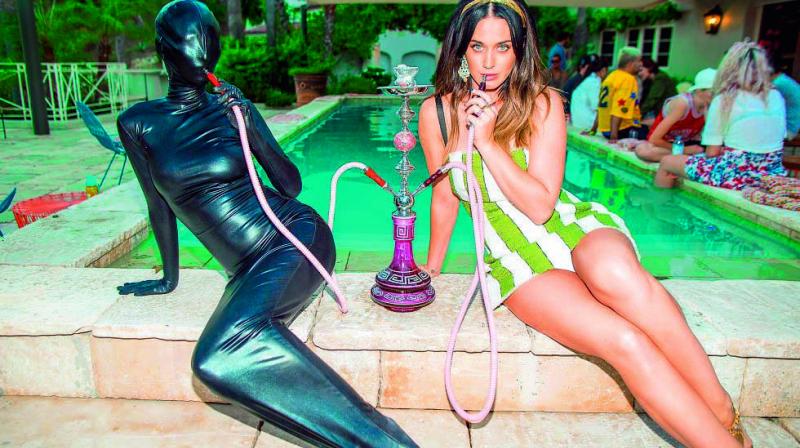 Several people, especially youngsters, think smoking hookah or shisha is not only trendy, but also less damaging than cigarettes or smoking of other tobacco products.

The Ministry of Health and Family Welfare thought otherwise, and in 2017, issued an order amending the Prohibition of Smoking in Public Places Act, 2008. Following this, serving hookah and shisha in public places was banned across the country.

In addition to consumers, cafe and pub owners had protested vehemently, maintaining that as shisha or hookah did not use tobacco, and were not as harmful as cigarette smoke or other smokable tobacco products.

A recent survey by Brighton and Sussex Medical School has linked the trendy hookah smoking habit to an increased risk of diabetes and obesity, and is reportedly worse than a whole packet of cigarettes. Even celebrities have been spotted often endorsing shisha-parties as a ‘cool and hip’ way of hanging out at get-togethers.

Endocrinologist, Dr Ravi Shankar Erukulapati, explains the link between shisha smoke and the risk of increased diabetes. “Tobacco in any form, if smoked, contains harmful substances such as nicotine, tar and many others which can cause insulin resistance and an array of other changes in the body and smokers have a 30 to 40 per cent increased risk of Type 2 diabetes than non-smokers and when we say smokers, this includes hookah too!” he opines.

In people who are already suffering from diabetes of any form, smoking leads to worsening of glucose control he says. “The higher the frequency of tobacco smoking in any form, higher the risk of poor glucose control. This is apart from other complications such as increased risk of heart disease, poor blood flow in legs leading to ulcers, gangrene and amputation. Retinopathy and neuropathy are also higher in smokers with diabetes than non smokers with diabetes,” Dr Shankar asserts.

Taking a cue from the fact that smoking can lead to an increased risk of heart diseases, leading cardiologist Dr Prateek Bhatnagar points out, “When you are sitting and smoking hookah, more often than not it is a group activity. You sit with a group of friends, and in such a situation there are other unhealthy accompaniments involved, such as alcohol and junk or fast food. Both alcohol and junk food rich in high cholesterol will evidently lead to heart-related health issues.”

Gynaecologist Dr Manjula Annagani explains that smoking hookah will affect fertility. “There are two things to keep in mind. First, the habit of smoking hookah can be related to the couch potato theory, where one sits with a hookah pot and pipe as leisure activity doing no other physical chores. This is a contributor to the risk of obesity. Second, any form of smoking contains Endocrine Disrupting Chemicals, also known as EDCs. This largely affects the hormonal balance in an individual which can lead to reduced sperm count and other fertility issues,” she points out.

Health hazards of smoking are not just restricted to the endocrinologist and cardiology aspects. Consultant physician, Dr Hari Kishan Boorugu also points out, “Smoking, hookah or cigarettes, in general leads to various lung and breathing issues. People who are smoking hookah over the years have a higher risk of chronic bronchitis, prolonged recurring cough, lung infections and breathing problems.”

Dr Ravi Shankar sums up the fallacy of hookah being a healthier option as opposed to the cigarette and warns, “The harmful substances in the hookah smoke remain the same although the modality of inhaling into the lungs may have changed. In essence, hookah may seem fashionable and appeal to be trendy for the youth, but in reality are deadly modalities that one isn’t even aware of. ”