In a warmer climate, the mothers wait till their offsprings are ready to fly 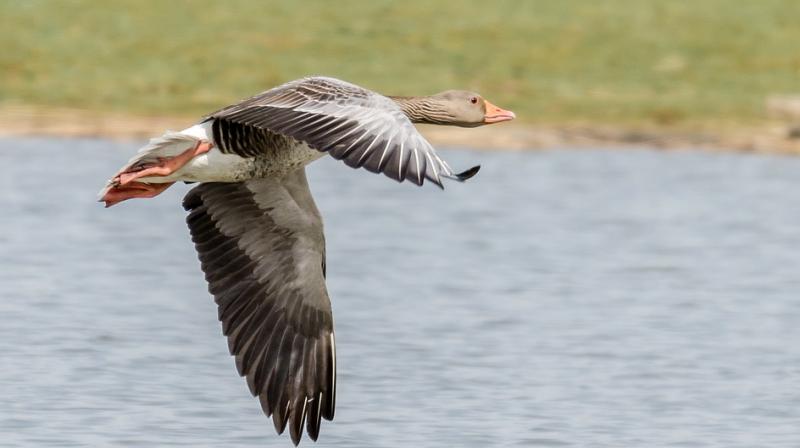 Migratory species are likely to be particularly sensitive to climatic conditions and in this case better breeding conditions appear to put the mother geese at risk. (Photo: Pixabay)

A new study sheds light on the effects that climate change has on migratory geese.The research was published in the Journal of Animal Ecology.

Researchers from the University of Exeter in London found that warmer conditions at breeding grounds in north-east Canada help light-bellied Brent geese produce more young ones.

But in years when productivity is highest, the death rate among mothers also increases. They believe this happens because mothers use extra energy laying eggs and face more risk from predators while sitting on their nests, which they make on the ground. Though the incubation period does not change, colder years mean more mothers abandon nests after failing in early incubation, or do not breed at all.

Meanwhile, in warmer years mothers breed more successfully - so more of them remain sitting on nests or waiting on the ground until their offspring are ready to fly."We tend to think of climate change as being all one way, but here we've got a population being affected in conflicting ways," said Dr Ian Cleasby.

"This population is sensitive to changes in adult survival, so the increased breeding may not be enough to offset the loss of more adult females," Cleasby added. The study looked at key demographic parameters: adult survival, first-year survival and productivity.

More than 4,000 geese in this population have been marked as part of research projects since 2001. The geese in question spend their winters in Ireland -- many of them in and around Dublin -- then visit Iceland each May before reaching their breeding grounds in the Canadian High Arctic in June.They make the return journey in August.

The study found that conditions in a relatively short window at the start of June played a critical role in goose breeding and survival."Migratory species are likely to be particularly sensitive to climatic conditions and in this case better breeding conditions appear to put the mother geese at risk," said senior author Professor Stuart Bearhop, also of the University of Exeter.