We tend to ignore the verbal communication offered by the animals we consider family. 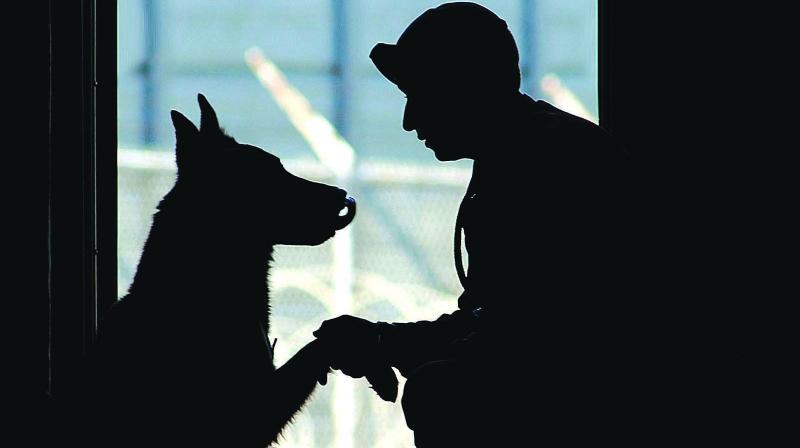 There aren’t many good conclusions on whether regional dialects affect a companion animal's communication process or not.

A bark, a growl, or a whimper — we can chalk out the difference with ease. But the way a dog communicates is not the same everywhere. As studies indicate, animals have their own accent and dialects. However, until recently, this fact was only known about certain species. Whereas, if we look at the differences in how the same animal communicates across different regions, we will definitely find variations.

Asiya Bhaisaheb is a proud pet parent and an aspiring vet who has shifted to the US with her nine cats. She’s says she has come across changing dialects among animals such as whales and dogs, but that is because they use verbal communication more than other species. With dogs, cats and the like, who ‘meow’, chatter and bark, it is more about body language.

Another pet owner, Shreya Kahali, opines, “In a society where loving a pet is looked down upon by many, animals and their communicating language is not given much importance. This is one of the many reasons that lead to just ‘awwing’ them from a distance but not taking an interest in their lives.”

Take an animal out of their hometown, and they might even face difficulties in expressing themselves. People are always on the move nowadays. And the ones who love their pets do not wish to leave them behind. But are parents aware of what adversity these animals face when they change places? “Weather change and fur loss are the most common physical issues,” Shreya adds.

Adding to the point is Rittam, a marketing professional, who shifted to Delhi from Dehradun and faced issues with his pet’s behaviour. Once, during his college days, he found a malnourished roadside puppy. There was no mother around and, thus, he decided to take care of the tiny yet charming pup. But once he shifted to Delhi, his job left him with little time to spend with his pooch. “I found a hostel where I could leave my
pet when leaving for office.” Later he came to know, Gubhlai (his beloved pet’s name) had difficulties mingling with the others. “Maybe they sensed his different tone and body language. He seemed depressed and longed to be back to our place in spite of having many same-aged dog-friends there. But there is no definite conclusion to what exactly was bothering him.”

“To determine whether an animal is depressed because of a language barrier — if such a thing exists for animals — is impossible,” feels Asiya. She continues, “It’s definitely common to see lethargy or depression in animals after a move, but what’s to say that’s related to communication in any way? You can’t ask the dog why it suddenly doesn’t want to eat, and there is no physical manifestation of ‘unable to communicate’ that you as a veterinarian can try to identify.”

“But, you know, I had a pet that was paralysed from the neck down and he would express his pain through the sounds that he made. I feel their language has more to it than we know. It is one of the many ways of them pouring out their feelings and emotions. I know of pet communicators who can figure out the location of an animal through communicating with them,” shared Divya Parthasarathy, a dedicated dog activist and founder of Tails of Compassion.

A major problems lies in the amount of interest people take in such matters. In Divya’s words, “I’d have to go hunting for a paper on whale dialects to give you a good citation but the way they look at that is basically the pitch of whales from different oceans. Any study that looks into regional dialects of companion animals would probably use a similar method, just recording the meows and then observing pitch and tone. But even then it can be hard to come to a good conclusion from that kind of data, other than cats from India sound kind of different from cats from America, but we're not really sure why.”

There aren’t many good conclusions on whether regional dialects affect a companion animal's communication process or not. But it goes without saying that we must try to understand our pets better, and treat them more like the family member we consider them to be.