Humans are able to perceive space and time, even without the aid of inventions such as a watch or a ruler. 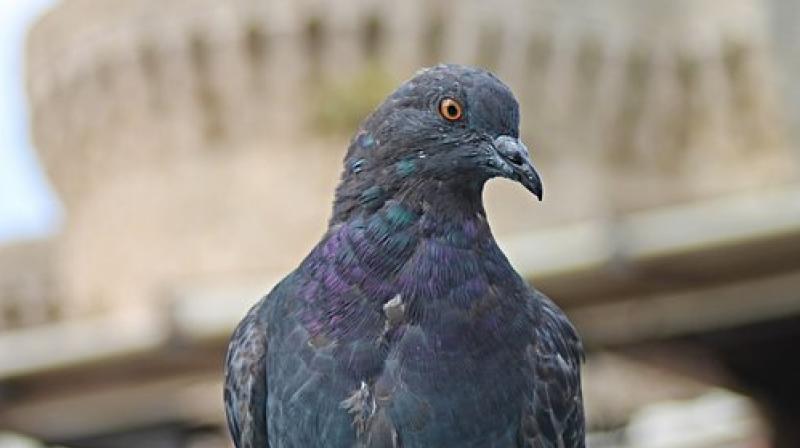 The researchers said the results show pigeons process space and time in ways similar to humans and other primates. (Photo: Pixabay)

Not only human beings but even pigeons can discriminate the abstract concepts of space and time, according to a study.

However, they seem to use a different region of the brain than humans and primates to do so.

The finding, published in the journal Current Biology, adds to growing recognition in the scientific community that lower-order animal species such as birds, reptiles, and fish are capable of high-level, abstract decision-making.

"Indeed, the cognitive prowess of birds is now deemed to be ever closer to that of both human and non-human primates," said Edward Wasserman, from the University of Iowa in the US.

"Those avian nervous systems are capable of far greater achievements than the pejorative term 'bird brain' would suggest," he said.

Humans are able to perceive space and time, even without the aid of inventions such as a watch or a ruler.

The region of the brain that helps humans make those abstract concepts more tangible is the parietal cortex, part of the cerebral cortex and the outermost layer of the brain.

The cerebral cortex is known to be a locus of higher thought processes, including speech and decision-making.

However, the pigeon brain does not have a parietal cortex, or at least one developed enough to be distinct. So, the birds must employ another area of the brain to discriminate between space and time.

Pigeons were put through a series of tasks called the "common magnitude" test.

The birds were shown on a computer screen a horizontal line either 6 cm or 24 cm long for either 2 seconds or 8 seconds.

The researchers said the results show pigeons process space and time in ways similar to humans and other primates.

"The cortex is not unique to judging space and time," said Benjamin De Corte, from the University of Iowa.

"The pigeons have other brain systems that allow them to perceive these dimensions," he said.