Vitriol and venom are flavours of open season

Where are we going with the language of the street from both parties — gutter politics? 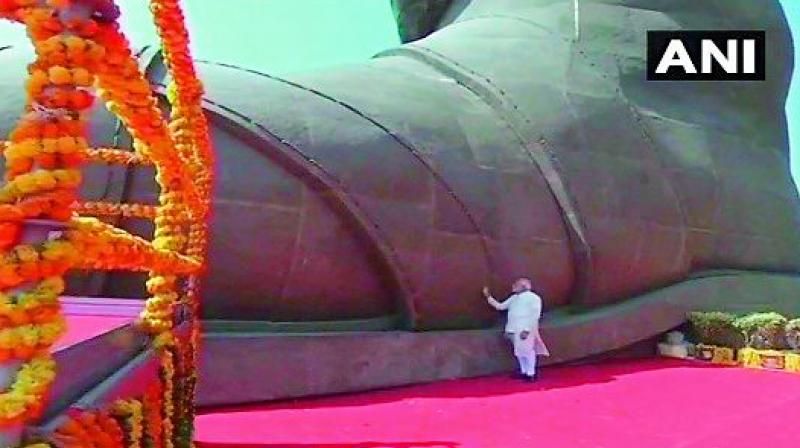 As India nears the general elections of 2019 it’s open season and the flavour seems to be to blame everything on the Prime Minister Narendra Modi.

As India nears the general elections of 2019 it’s open season and the flavour seems to be to blame everything on the Prime Minister Narendra Modi. The language of political discourse has hit such lows that it came as no surprise when the wordsmith Shashi Tharoor pulled out the “Scorpion on a Shivling” remark which he ascribed to an unknown RSS source. If that was a bit “neech”, wait until the Congress social media diva Spandana came up with her “bird dropping” allegory.

This was even more “neech” considering the Prime Minister was being spoken of in these Trumpesque excesses of vitriol and venom. The use of invective might go back to Sonia Gandhi’s “Maut ka saudagar” comment of a decade ago. Not that the BJP people haven’t responded in kind to each barb. But hold on, where are we going with the language of the street from both parties — gutter
politics? 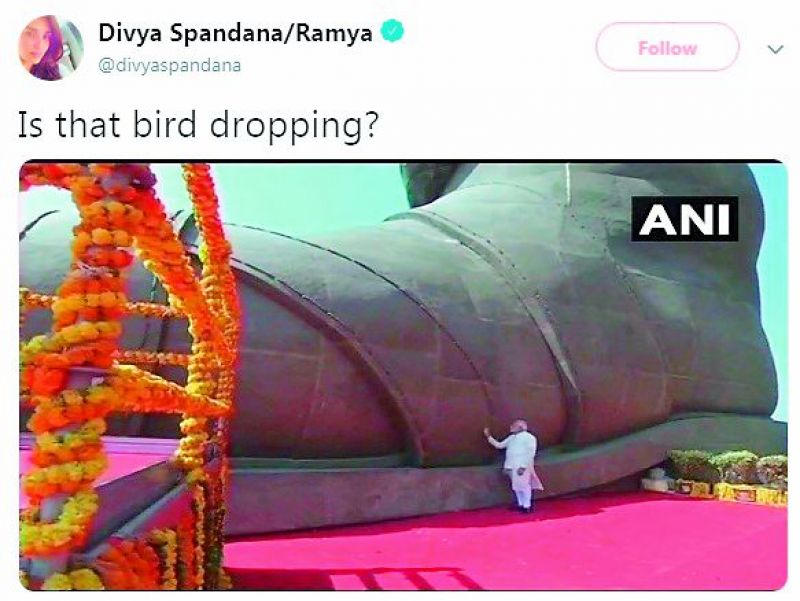 Divya Spandana/Ramya @divyaspandana
When you’re done huffing & puffing take a breath & hold a mirror to yourselves. My views are mine. I don’t give two hoots about yours. I’m not going to clarify what I meant and what I didn’t cos you don’t deserve one.

Nidhi Razdan @Nidhi
Actually you can’t afford to take that position. You are a public figure, you represent a political party with an official designation. So the people of India DO deserve to know what you meant

Bhaskar @inclusivemind
Dear @divyaspandana Ma’am Goal is too big to achieve focus should be on issues and things which concern common man these kind of things will not solve any purpose and controversy at the time of election is unwanted.

Jayanth Kumar @jayanthkumarak
Didn’t mean to doubt your integrity if you are inferring that. Admire your work, however you have to admit that BJP gets away with WAY more, and your profession in general enables it with exactly SUCH behavior. The normalization of ‘pappu’ happened even while NDTV existed.

shaheed@shaheed_vk
Two inagurations here. One is at Gujarat by PM with 3000 crore for a statue ,where still people remain in poverty , And the other one in kerala , a project of 2BHK flat with 20 crore CM fund, but for 192 fisherman families. Feel the difference.! #StatueOfUntiy

My Fellow Indians @MyFellowIndians
RT if you believe that #SardarVallabhbhaiPatel was a CONGRESS MAN at HEART & he would never have wasted 3000 cr on a #StatueOfUnity and instead built SCHOOLS & HOSPITALS for the future.

harish meraj @merajharish
We remember @PMOIndia you have provided 500 crore for #kerlafloods and 3800 crores for #StatueOfUntiy Instead of wasting money for a statue you should feed poor who are looking for a single piece of food. #ShameOnYou @PMOIndia 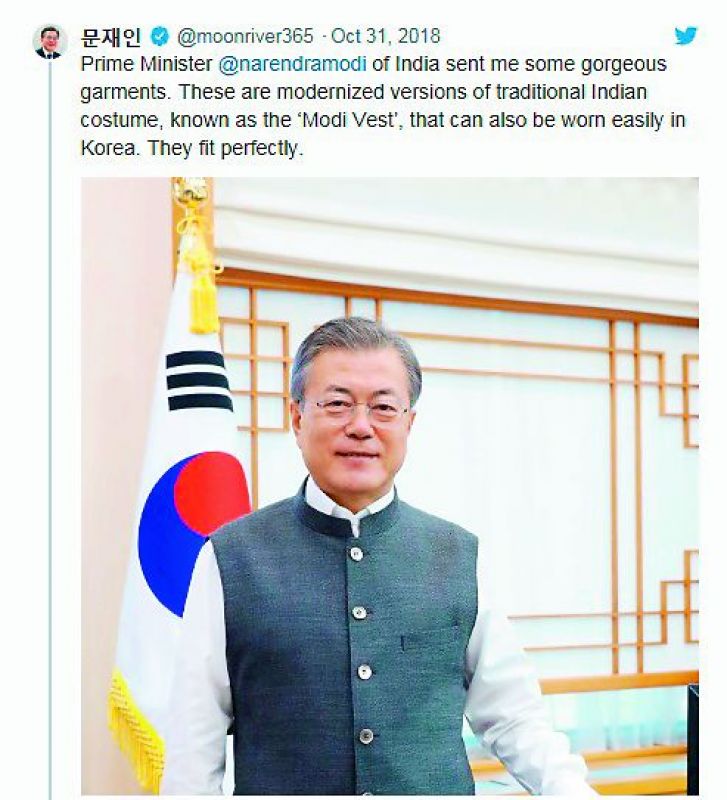 Omar Abdullah @OmarAbdullah
It’s really nice of our PM to send these but could he not have sent them without changing the name? All my life I’ve known these jackets as Nehru jackets & now I find these ones have been labelled “Modi Jacket”. Clearly nothing existed in India before 2014.

Ashok Swain @ashoswai
Mr. President, You are wrong. This is not Modi Vest, this is Nehru jacket. Modi is no Nehru, can never be one. If anything Modi, that is Khaki Nikkar.

Uzair Hasan Rizvi @RizviUzair
There’s another takeover of the Congress legacy: Now the Nehru jacket is known as the Modi jacket.

Rajeev @rajeev23456
What you call Nehru Jacket, also known as Bandi in Hindi, is older than Nehruji as well. It has existed since around 10th century. Naming happens on the basis of who popularises it. Earlier, Nehru ji did it, hence Nehru Jacket. Now Modiji is popularising it; so, Modi Jacket. 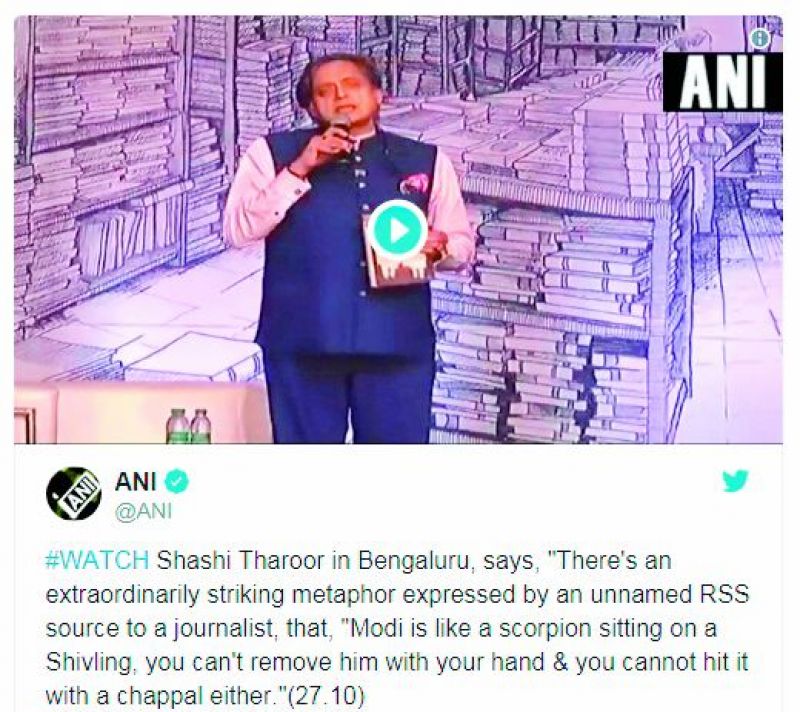 Shashi Tharoor @ShashiTharoor
This comment (not by me) has been in the public domain for six years. RSPrasad making an issue of a 6yr old quote shows how little new the BJP has to offer the nation. As for media subserving the BJP’s desire for “controversy”, when will this “profession”develop any self-respect? And while you’re about it, could you explain where the alleged insult lies? I worship a Shivling at home & carry a miniature Shivling in my pocket daily. Insulting Lord Shiva is unthinkable for me. But exploiting him for petty politics is apparently OK for you.

ANI @ANI
Rahul Gandhi you claim yourself be to a Shiv Bhakt please reply to this very horrific denunciation of Lord Mahadev by giving apology to what Tharoor has done: Union Minister Ravi Shankar Prasad on Tharoor’s statement,”Modi is like a scorpion sitting on a Shivling.”

Booby prize
Matuk Nath Choudhary, popularly known as 'Bihar's love-guru' retired recently as head of Hindi postgraduate department at BN College in Patna University, and wants to marry again. Although it's absolutely fine wanting to get married at any age, but what's making the internet go into splits is the fact that the professor is boasting of his "pandiculated youth". 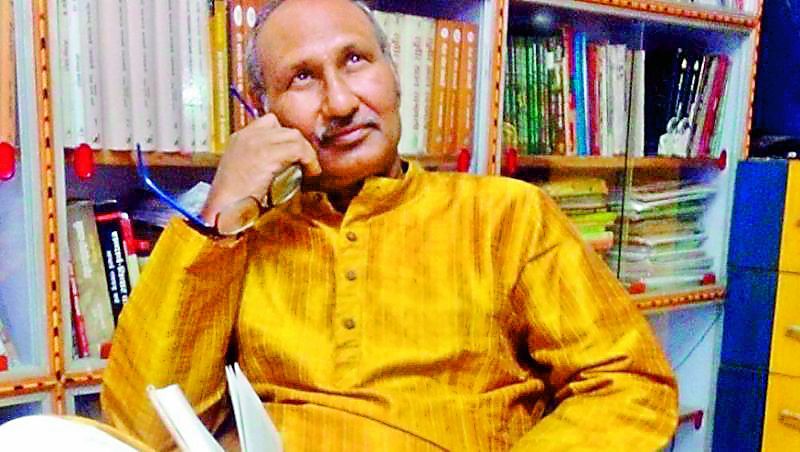 Matuk, as quoted in the report, said, " I am a 65-year-old boy. My youth has just pandiculated. Puberty is reflected in my body parts. People turn and look at me, when I walk briskly...I am fortunate that I am retiring at the prime of my youth. People keep asking me what I would do after retirement. I will do what is done at the prime of youth— marriage." Matuk has been in the news ever since he got married to his student Julie in 2004. Due to the relationship, he was suspended from his college, and later sent to jail, after his wife, along with journalists raided his house.