A glimpse of Mexican Amate in India

Mexican Amate — an indigenous Mexican art work is on display in the city, depicting the everyday life of people in Mexico. 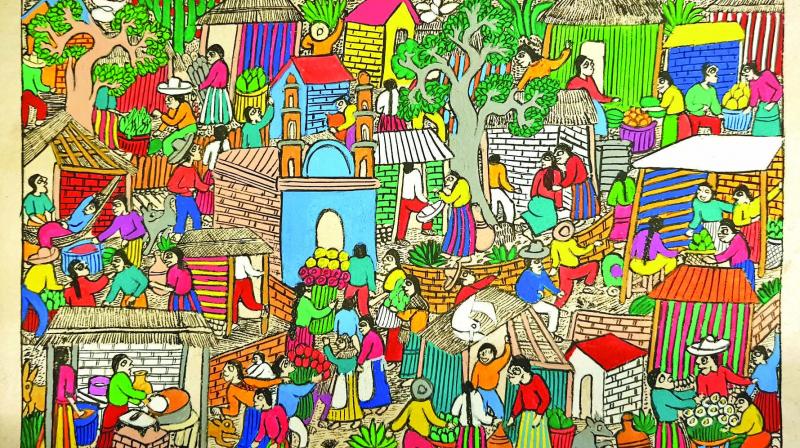 The colorful representation of Mexico is divided between the different themes that the works depict.

Forty-six indigenously produced, intricate yet detailed paintings, delineated on the surface of Amate paper, and hanging on the walls of Dr Bhau Daji Lad Museum, certainly transport you to the city of Mexico. The ongoing Amate Painting exhibition organised by the museum and Mexico Embassy is one such example of the tightly bound cord between man and spirit. These paintings are rendered on Amate paper — the sacred paper of the pre-Hispanic people in Mexico. Made in a traditional manner, Amate involves crushing of the bark from white and red Jonote trees that results into a pulp, to be boiled in limewater and that finally turns into a dark brown and yellow   fibrous sheet. 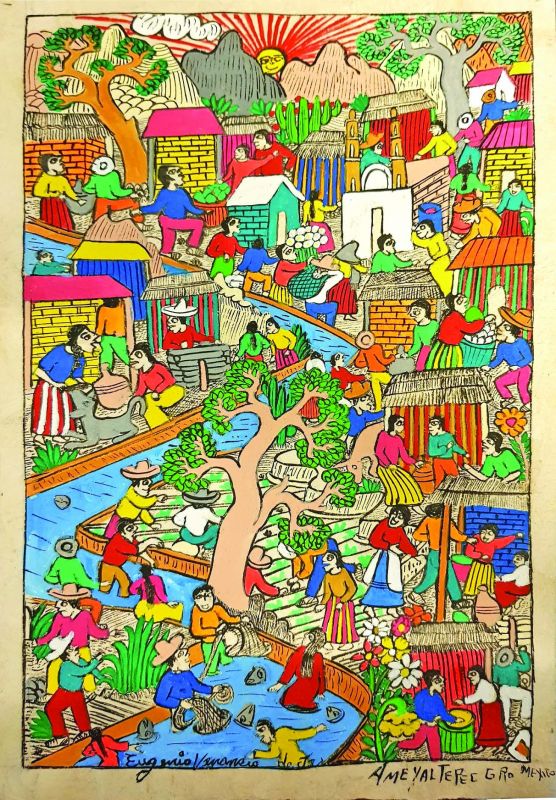 Explaining the art work laced on the walls of the museum by forty artistes from Mexico, the conveyer of the exhibition, Puja Vaish informs that Amate was originally used for different purposes: such as ritual offerings, payment of tribute and as a surface for the elaboration of codices. “It’s recently that Amate paper has been used for commercial productions due to the merging of two indigenous traditions by two indigenous tribes— the Otomi people (manufacturers) and Nahua (decorators),” she says, adding to it she also informs that during the Spanish conquest, Amate production was banned — yet some indigenous groups continued with its elaboration and distribution.

Puja says that the only intention behind bringing this rare art form to the city, is to expose people to varied cultural experiences, “it’s also to promote the visual cultural experience in the city,” she says as she narrates that though this art form is popular in Mexico, it does not share the limelight around the world. 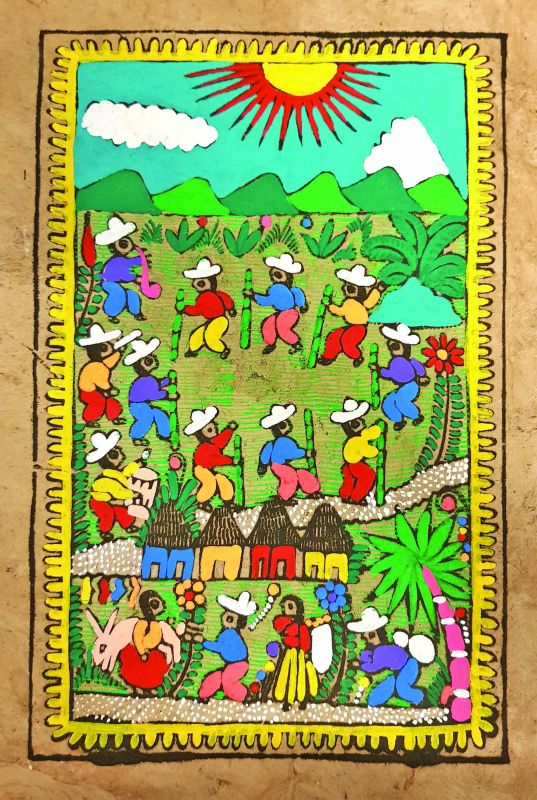 One might compare these paintings to the Madhubani art of India. The traditional art work of amate is a joint process and made in a similar way as the Madhubani art, however the conveyer says, “these paintings are done on a particular kind of surface which makes them look beautiful and exclusive,” she cites. This makes the artform unique and gives the background of the painting a textured ground.

The colorful representation of Mexico is divided between the different themes that the works depict. Each painting has a narrative , with a story to tell — from the densely populated market sites, right upto the plants and villages, wedding ceremonies, birds and nature, “there are so many things happening in one painting, every painting is a complete story in itself,” says Puja.

In contemporary Mexico, Amate can be found as a form of handcraft, which in turn fosters tourism in the Otomi Community of San Pablito, Puebla. The Otomi people sell the Amate paper to the Nahua Community in the state of Guerrero, where the artisans skilfully paint it using bright colours.