Woman shares shocking footage of maggots inside her burger at McDonald's

The woman can be seen pulling the burger apart as maggots appear between the melted cheese and beef. 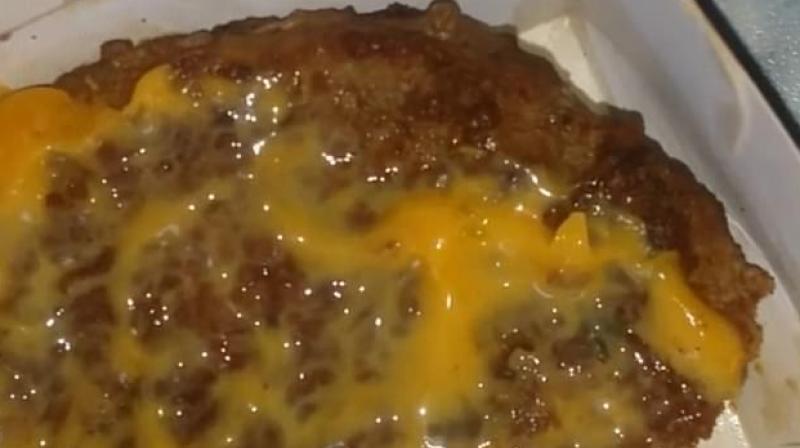 Her partner vomitted on seeing the maggots (Photo: Facebook)

Junk food dished out by a large number of fast food chains across the world isn’t considered very healthy, but it can get even worse. There are several incidents of insects found in packaged food and unhygienic conditions at outlets which have created a buzz in the past few years.

In another shocking incident from Australia, a woman was terrified to find maggots crawling insider her burger at McDonald’s. Yasmine Batur from New South Wales saw the critters in her meat right after she took a bite from a quarter pounder.

While her partner had already finished his burger and vomited after seeing maggots in the food, Yasmine shared a video and expressed disgust at the incident on Facebook.

The video shows Yasmine tearing apart the burger as maggots appear moving between the melted cheese and the beef patty.