The novels of Ishiguro are known for their themes of memory, time, and self-delusion. 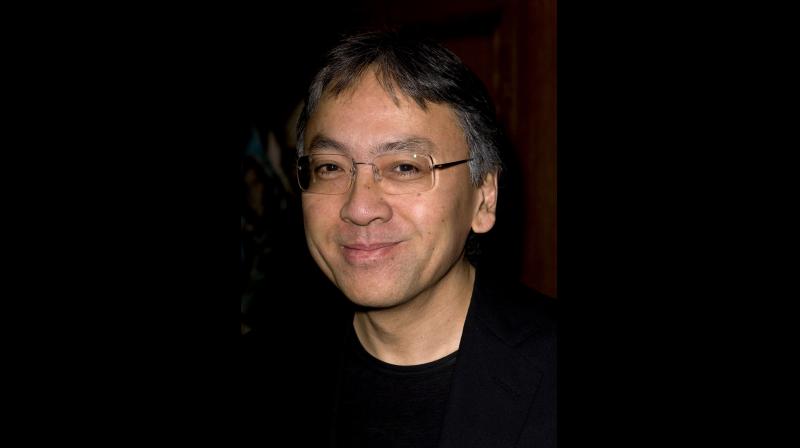 The Nobel Prize for Literature for 2017 has been awarded to British novelist Kazuo Ishiguro. (Photo: AP)

According to a tweet by the Academy, Kazuo Ishiguro’s most renowned novel, ”The Remains of the Day” (1989), was turned into film with Anthony Hopkins as the butler Stevens. The book had also given the author a Man Booker.

According to Sara Danius, Permanent Secretary of the Swedish Academy,  Ishiguro won the Nobel for, “In novels of great emotional force, (he) has uncovered the abyss beneath our illusory sense of connection with the world.”

The Academy citation added, “Kazuo Ishiguro has written eight books, as well as scripts for film and television."

Ishiguro’s latest novel, “The Buried Giant” (2015) explores how memory relates to oblivion, history to the present, and fantasy to reality.

Academy also went on to add in a tweet, “The themes 2017 Literature Laureate Kazuo Ishiguro is most associated with are: memory, time, and self-delusion.”

"Ishiguro's writings are marked by a carefully restrained mode of expression, independent of whatever events are taking place," the Academy citation said.

The announcement Thursday marked a return to traditional literature following two years of unconventional choices by the Swedish Academy for the 9-million-kronor ($1.1 million) prize.

Sara Danius, permanent secretary of the Swedish Academy, has described Kazuo Ishiguro's style as "precise, very sensitive to the casual and even tender sometimes. Very held back, unassuming."

"He's a very interesting writer in many ways, I would say that if you mix Jane Austen - her comedy of manners and her psychological insights - with Kafka, then I think you have Ishiguro."

Asked whether the academy had deliberately made a less controversial choice after naming singer-songwriter Bob Dylan last year, she insisted such issues were not considered.