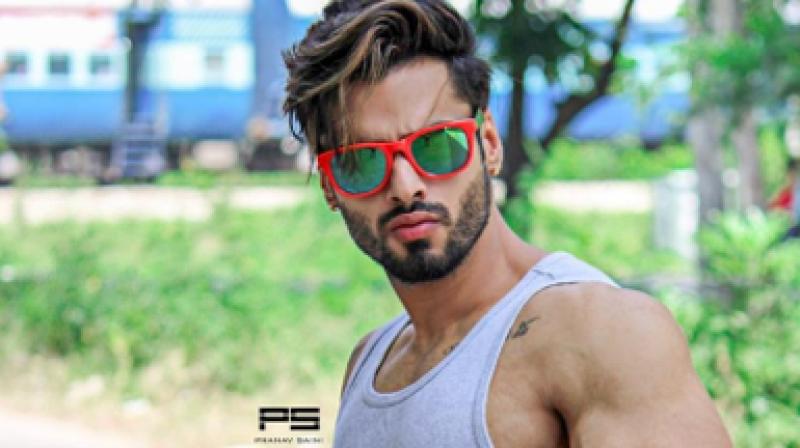 The fitness vogue is soaring day by day that people are fascinated more by doing yoga and gym. But to execute anything fresh you always need a mentor and in the world of fitness Pranav Saini is the leading luminary.

When we talk about fitness then the first name that strikes to our mind is of Pranav Saini. Pranav Saini is a brawny lad in the modeling world. He is one of the optimal trainer of the era. Inspite of his immense dedication towards fitness he believes in influencing other people to remain healthy and fit by following a proper fitness schedule.

His work is amazeballs, many of the renowned celebrities follows his diet chart.
Pranav believes in making people around him fit and fab for that he has chosen social media as an independent platform to aid not only celebs but also common people.

Being an active social media user he is influencing lakhs of people to remain fit and healthy. His Instagram handle is having more then 116k followers along with 1500+ post about fitness and lifestyle. He also has a YouTube channel with more than 16k subscribers. His name is becoming a brand day by day because of his colossal zeal towards health and fitness. He believes in materiality and thus alsounderstands his role as a social media influencer thus whenever there is any kind id queries related to fitness world he is always ready to answer them all whether it is asked by a celeb or a fan.

Pranav managed to gain  the popularity in fitness world because of his more than a decade experience, due to which people have a  staunch Credence in him and his work.

Here are certain tips that comes from Pranav's fitness journal that are: every model or actor has to follow certain things regularly, you cannot focus only on muscles, your entire body should be robust, and if you can attain that, then your the glow on your face will be discrete from ordinary models and actors.

Pranav has won countless laurels and fitness titles across the globe, his log of achievement is astounding. He proved himself excellently when he Represented India in 'IFBB Amature Olympia Asia Men's Physique '(8th Rank) in 2017 hence making India proud.  Now he is also endorsing several renowned brands and we wish more to come.

To achieve a lot that too under 30 is not at all an easy task, his hardwork and assiduous towards fitness made him the man of success.