Mother of all battles

How do these young mummies get back to their pre-pregnancy weight merely weeks after childbirth? 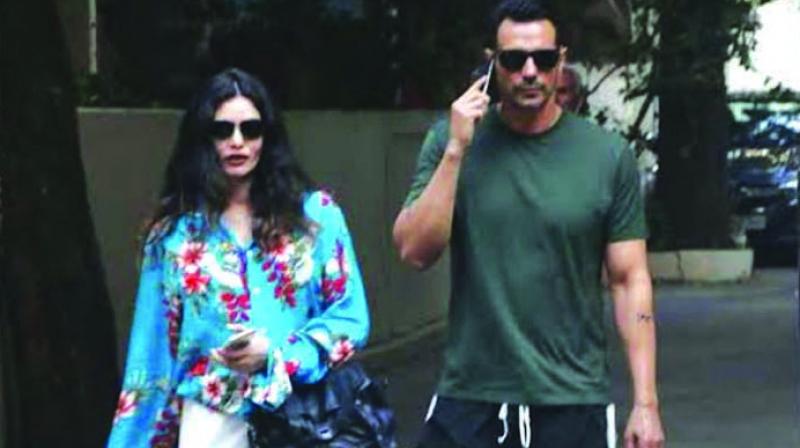 Actor Arjun Rampal’s girlfriend Gabriella Demetriades has been in the news for posting images of her super fit, toned body and flat stomach in 11 days after giving birth. This would seem impossible and unrealistic a decade ago but for the young moms of today, getting back into shape soon after delivery is no longer uncommon — they are achieving it with ease.

Wonder how?
Well, a regular fitness regime and social media/fashion influencers, (you want to look good in what you wear) are the factors that have contributed to this change. Sumaya Dalmia, celebrity fitness trainer in Delhi, points out, “Upto a decade back Indian women were novices when it came to fitness and looking after themselves — you were genetically blessed if you were slim. A 40 plus woman, looked like an aunty. Not anymore. Today, a 45-year-old is so fit and young looking!” 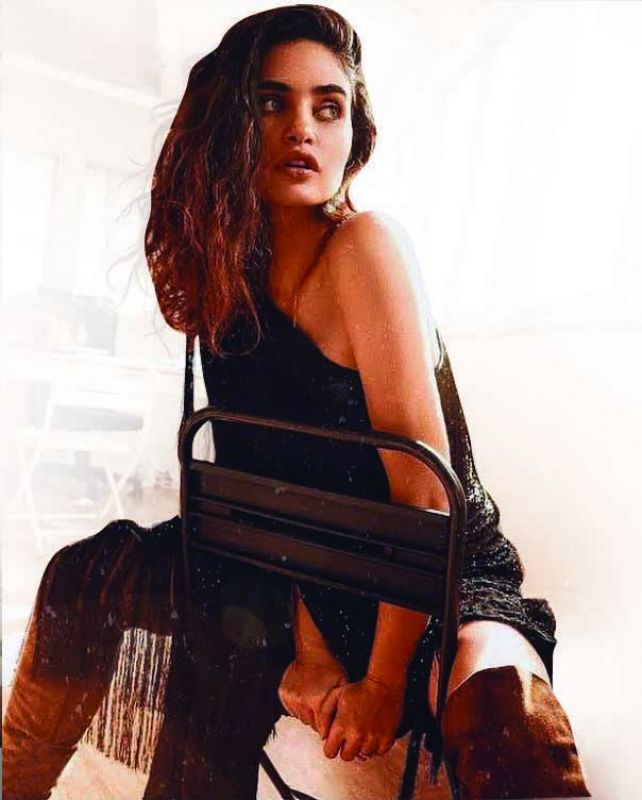 Social media has made the world a smaller place, everyone is aware. Women begin exercising in their 20s and continue to do so throughout. “They are also training better and more scientifically. If there are no complications, girls train all through their pregnancies,” says Sumaya who has pregnant clients being regular at the gym till delivery time.

When you are eating healthy, are conscious, have a strong core and work out regularly, bouncing back into shape is easy. 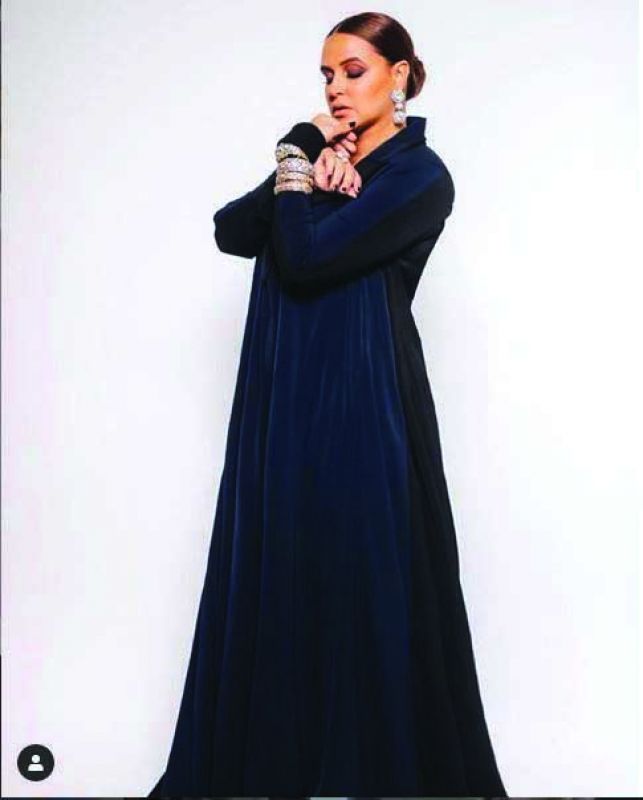 Young mums tell their story
New mums reveal how they managed Gabriella’s feat while enjoying their pregnancies. Nriti Shah Maker, a well-known fashion blogger has experienced both sides of the coin. After her first pregnancy she took a while to knock that weight but after baby number two, getting her lean body back was almost instant. She shares her experiences, “When I was pregnant for the first time I was put on bed rest. Also I didn’t pay much attention to what I was eating, thought I will lose the weight immediately after the baby. Since I had a C-Section I couldn’t work out immediately and kind of let myself go.”

Second time round, since the pregnancies were closely timed, she was more aware and conscious of not gaining excessive weight. “I didn’t want a repeat of post partum depression which was triggered by my appearance during my first time. I was careful with what I ate, was more active and also had a two-year-old to run after. Unlike the 22 kilos I gained the first time, it was 14 kilos for round two.”

Arundhati De Seth, Mumbai based jewellery advisor has just had her second baby and for her weight gain was never an issue both times. 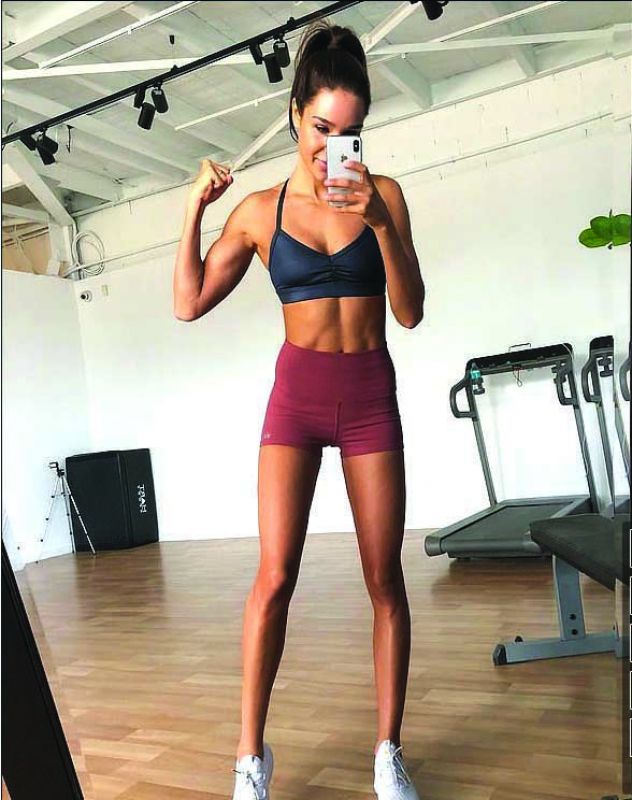 “In my case, throughout both my pregnancies (just 2.5 years apart), I stayed as true to my former non-pregnant state and life style, as I could — working, traveling, eating, drinking and living! I exercised 4/5 times a week, and kept up the pace of my regime, even on days that I felt pretty low. It was my way of coping with hormonal changes, mood swings and the unexpected changes that occur during pregnancy. I’m in tune with my body, so would challenge myself to as much as I found safe. I added lots of breathing and chanting to my routine which really helped to stay calm. I am a huge proponent of yoga and Pilates and would recommend that as a pregnancy-friendly workout, provided you know what you’re doing and you have a good trainer watching you,” reveals Arundhati. Post delivery, she didn’t do anything drastic. “I started walking slowly and then more briskly each day. It was my 30 minutes to listen to music and zen out from the needs of the newborn. And it kickstarts your metabolism and burns that wobbly belly!”

Being active helped Hyderabad based dentist Shaista Arif get her body back in two weeks. The mum to a 16 month son says, “I did yoga throughout my pregnancy and followed my gynecologist’s advice of just putting on a kilo a month, although in the last month I gained five kgs. I lost 10kgs in the first 10 days.” 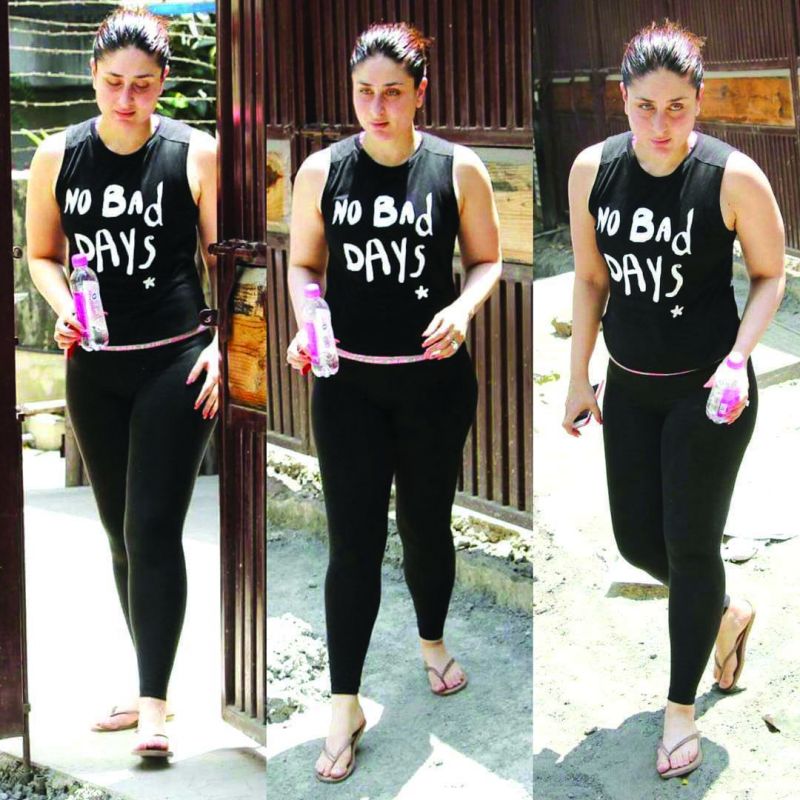 “After I had my son I didn’t exercise immediately, but also didn’t eat laddoos and a whole bunch of other food that people tell you to eat while breastfeeding. I drank lots of water and was able to breastfeed for six months. The only other thing I did was to tie my stomach after delivery.”

Don’t stress on weight loss
Who wouldn’t want to look like Gabriella or Australian insta star Kayla (who retained her six pack after giving birth!) but it’s not a reality for many and that’s absolutely fine too. Meghan Markle, Sameera Reddy, Neha Dhupia and Kareena Kapoor Khan for a long time did not achieve washboard abs soon after their babies were born.

Kareena Kapoor Khan wasn’t wearing a crop top after Taimur’s birth, she took her time to knock the weight and is looking stunning.

“You shouldn’t stress about loosing the weight immediately. If you need time to knock that weight, it’s ok. I always tell my clients, ‘You need nine months to gain weight and 12 months to loose it,’” advises Sumaya while stressing that genetics too play their part.

Take your time, treat your body with care and love. And do what’s achievable.