Their World Cup runneth over

Cheering for your team from the frontlines is a privilege and only a few manage to make it to a foreign locale to do this. 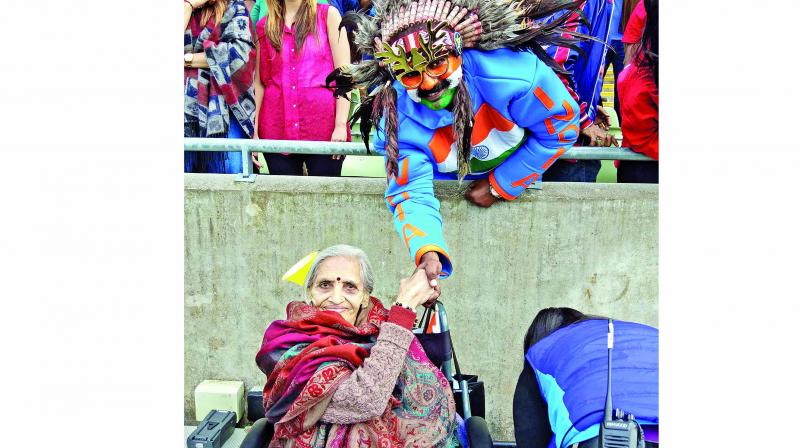 Sugumar with other Superfans

If you thought catching the best cricketing nations in action on a big screen was fun, then how would you feel if you got to watch the Men in Blue (and a bit of orange) live in the UK? A bunch of cricket aficionados from the city were lucky enough to make it abroad to watch team India battle it out in the ICC Cricket World Cup. From cheering for the Indian squad to making friends with ardent Pakistan fans - they’re doing it all in firang land.

Entrepreneur and quizmaster Venkatesh Srinivasan, who got tickets for a game thanks to the ICC lottery last year, watched India win over Bangladesh at Edgbaston a few days ago. From face paint to fan banter, he got to witness it all. “It was a great atmosphere - more like a carnival, nearly everyone had an India jersey on and there was a lot of friendly banter with Bangla fans and voices in several Indian languages. I even met a Kannadiga who came all the way from Toronto for the game!” marvels Venkatesh. He also got to witness a live bat-making process by Grey Nicolls, saw a huge replica of the World Cup, and sampled the fare at loads of food stalls. 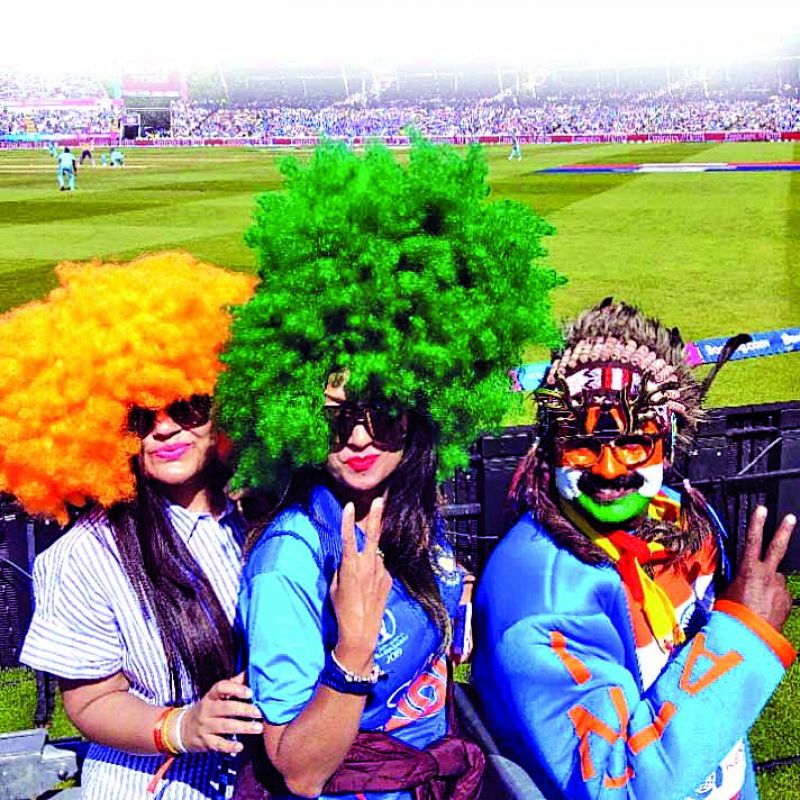 Meanwhile, Sugumar Kumar, who works at Kerry Indev Logistics and has a kind boss - Xavier — who sponsored his trip after he received a Global Sports Fan award, got to the UK on June 12. “I got to hang out with other superfans, including co-awardees Sudheer (Sachin’s fan) and chacha from Pakistan. From the Ind-Pak match till now, I’ve seen all the games. I’m going to be here till the finals,” exclaims the superfan. “Cricket buffs from around the world invite me to stay over in their homes. I was even featured in a newspaper in Manchester,” shares Sugumar, who’s interacted with some team India players too. “KL Rahul in particular has been very sweet. Despite tight security the other day, he came up to me and spoke to me in Kannada. Dinesh Karthik and some others told me that they’re happy to see me here,” smiles Sugumar, who even got a picture with famous ‘Cricket granny’ Charulata. 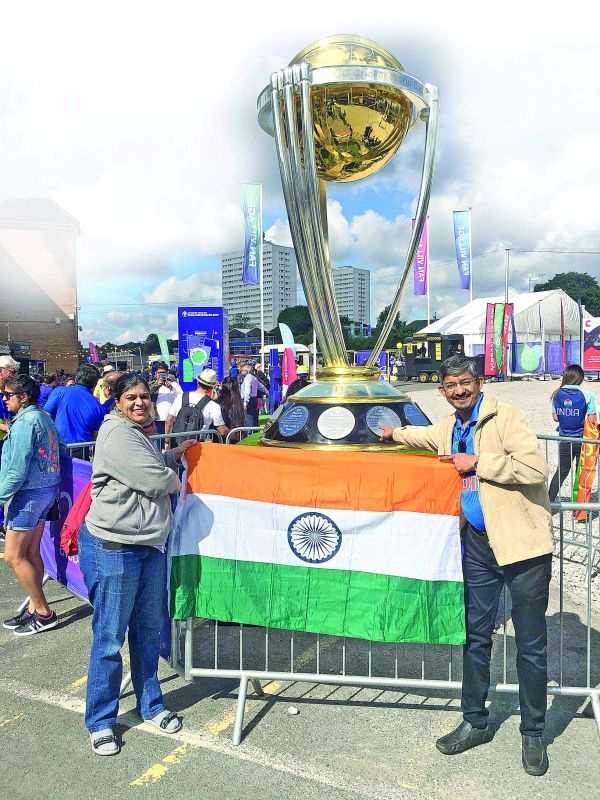 With India in the semis, the tournament just got more intriguing. Social media strategist Shravni Ramkumar is a passionate Cricket aficionado who managed to buy tickets for the World Cup semis and finals. Shravni and her uncle from Chennai planned the trip knowing very well that India would make it to the semis. “My uncle and I have previously watched India lift the trophy in Wankhede in 2011. With the kind of form Kohli and Sharma are in, India going to the semis was expected. Kohli’s captaincy has been wonderful, I just hope he performs well on that day,” says an elated Shravni, adding, “We were consistent even in 2015 until we lost in the semis. Beating England in British conditions is a bit tough, but I think it will be an Ind-Aus final,” she ends, half in hope and half as a poignant prediction.

The interesting part of the desi fandom in the UK is that Indian and Pakistani fans are seen mingling with no bad blood between them. “Pakistani fans have taken pictures with me. The famous chacha would sit next to us and cheer for team India when we were playing other teams. Right now, I’ve been getting match tickets through Kohli himself,” exults Sugumar as he eagerly prepares for the next match day.