Ranbir looks younger than he is and even in his interviews he talks casually. 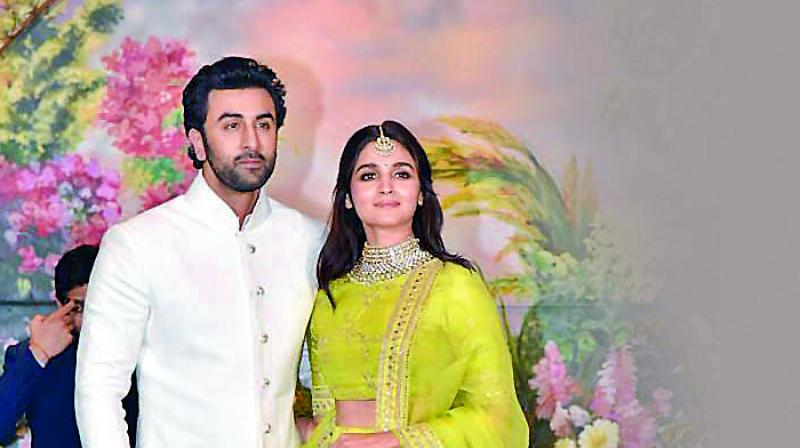 Dating in the limelight can’t escape sharp scrutiny. While an older man dating a young girl is found acceptable, the trolls get vicious when it’s a mature woman with a younger guy.

Celebrity couples have never escaped the attention of critics on twitter and other social media platforms. From known journalists to teenagers scrolling away intently on their phones, everyone has an opinion on which famous love affair is real and which one is a promotion tactic. Following this scrutinising culture, the two most recent and happening affairs in Bollywood (and Hollywood) — Alia Bhatt and Ranbir Kapoor, and Nick Jonas and Priyanka Chopra — too have been subjected to this inevitable public critique.

Considering that both the couples share a similarity — a considerable age gap between the partners — an apparent contradiction has surfaced. People have been quick to say Priyanka looks like Nick’s ‘mother’ but have been quiet at calling out the similar age gap that exists between Alia and Ranbir.

Nisha Khanna, a marriage counsellor and relationship expert, brought up two underlying reasons for this inconsistent reaction. “I think the visibility factor is important between Priyanka and Nick Jonas — she looks much more mature, both in her body language and confidence. She looks like a woman while Nick Jonas looks like a boy. Ranbir looks younger than he is and even in his interviews he talks casually — matching Alia’s demeanor in talk shows and other public appearances.” Further, she talked about the cultural difference between Nick and Priyanka and the lack of it between Ranbir and Alia. “People are not used to seeing two cultures together like this, Ranbir and Alia aren’t jarring to the eyes.”

Swarnalatha Iyer, a consultant psychologist, adds that we are more used to seeing relationships where the man is significantly older than the woman while the reverse is rarely publicised. “Especially in India, where the tradition has always been a young girl being married off to a man much older than her, Alia and Ranbir’s relationship isn’t much of a shock,” she said.