All three asteroids were discovered through the Catalina Sky Survey near Tucson, Arizona. 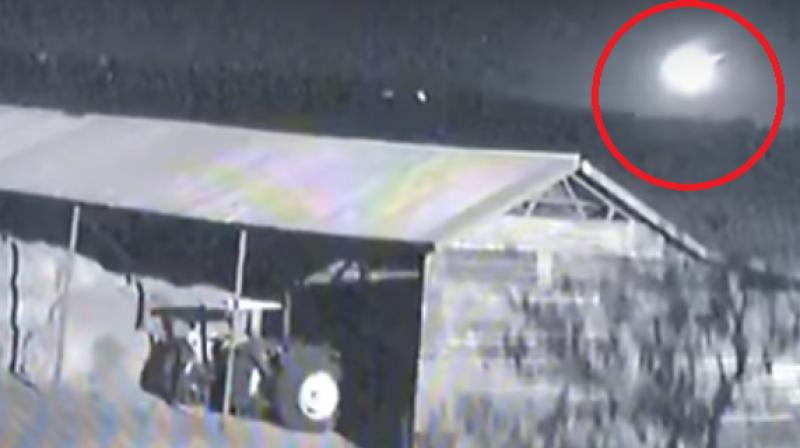 All three asteroids were discovered through the Catalina Sky Survey near Tucson, Arizona. (Photo: Youtube)

A boulder-size asteroid disintegrated harmlessly over Africa, just hours after its weekend discovery.

It’s only the third time scientists have spotted an incoming asteroid on a direct collision course with Earth. The previous times were in 2008 and 2014.

Asteroid trackers at NASA and elsewhere quickly determined the rock — about 6 feet across (2 meters) — was too small to pose any danger. It burned up in the Saturday evening sky over Botswana, eight hours after first being noticed.

Video posted on YouTube, from a farm just across the border in South Africa, showed a fireball swiftly descending and getting bigger, and then a blinding flash in the sky. It burst apart several miles up, according to NASA.

Initial estimates had the impact zone stretching from southern Africa across the Indian Ocean into New Guinea. Tracking systems narrowed it down to southern Africa.

NASA officials said the scramble among scientists and asteroid observers was a good training exercise. Their ability to zoom in on likely impact areas bodes well for the future, if and when a bigger object heads our way.

“This was a much smaller object than we are tasked to detect and warn about,” NASA’s planetary defense officer, Lindley Johnson, said in a statement. “However, this real-world event allows us to exercise our capabilities and gives some confidence our impact prediction models are adequate to respond to the potential impact of a larger object.”

Paul Chodas, manager of the Center for Near-Earth Object Studies at NASA’s Jet Propulsion Laboratory, said it’s only the second time the re-entry location was predicted well in advance.

The 2008 asteroid was spotted 19 hours in advance and measured 13 feet, or 4 meters. It came apart above Sudan, as predicted. The 2014 asteroid was discovered just a few hours before entering over the Atlantic, with little time for tracking.

All three asteroids were discovered through the Catalina Sky Survey near Tucson, Arizona, which is run by the University of Arizona and funded by NASA. The same asteroid hunter, Richard Kowalski, made all three discoveries.

“We search the night sky methodically nearly each clear night,” Kowalski said in an email Monday. “While it is good fortune that I happened on this object, it is what our program is designed to do.”

Objects this small “are quite faint and hard to detect until they are very close, which is why we did not see it sooner,” he said.