An initiative by a local filmmaker attempts to redefine the concept of beauty and gender related expectations from both sexes. 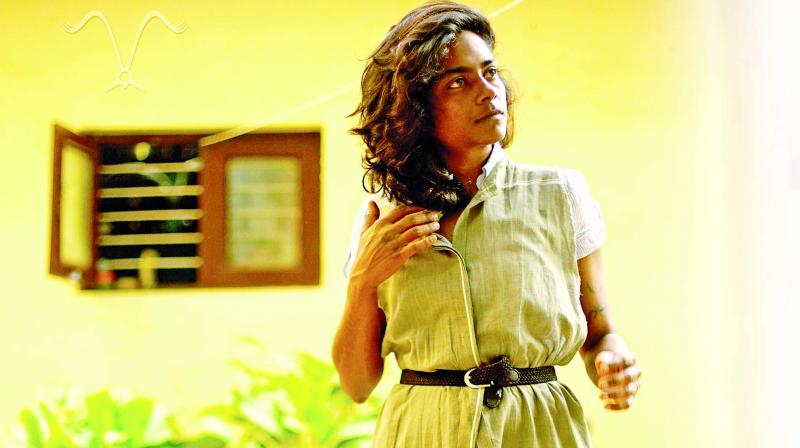 In a bid to create an inclusive-gender neutral community of fashion, design and beauty; Bengaluru-based freelance filmmaker Shailaja Padindala decided to kickstart a project titled Mustache Under My Nose Ring.  “The crux of this initiative is to break stereotypes about how beauty is defined and expectations are set for women and men. The absence of body hair for women (especially facial and armpit hair) and the presence of the very same to be a man(mustache as a sign of manliness) are cultural boundaries that aim to constrict the idea of gender and beauty,” she elaborates. Shailaja has roped in Chennai-based  non-binary fashion blogger Arie Purushu.

Taking us through a rather interesting personal episode, which was slightly disturbing too, Shailaja reveals how the idea sprouted. “Out of many incidents, one of the very interesting was about six years ago at a friend’s wedding, a little child asked me if I was a girl or a boy. And then, I thought how different my reaction would be if it were an adult asking this question like many times that has happened in the past very unpleasantly. It has always been my personal struggle to fit in the hetero-normative society where appearance and gender is a rigid. Mustache Under My Nose Ring is an initiative to break such stereotypes and expand boundaries of beauty.”

The project which is also in the process of being a culture, fashion and film online portal, has found takers by the hordes online. Speaking of which she says, “The response has been surprisingly good! More people than I thought are connecting to us to make this initiative happen. I have been thrilled to receive many interesting profiles of gorgeous people who aspire in modeling, photography  and writing etc...”

While the project is keeping her on her toes, the journo-turned-filmmaker ensures there is always time for some downtime. “I have studied painting in Bachelors hence sometimes painting pays my bills as well. Since the past one year, I have been completely plunged in a couple of my own initiatives networking with similar mindsets gather a team. Apart from painting and films, I make music and like rock climbing.”

Signing off on how important it is to normalise gender fluid expression now than ever, she states,  “Clothes and even skin tone and mannerisms are other artificial boundaries culturally and socially perpetrated and habituated as the norm. Mustache Under My Nose Ring’ is a movement to address the evolving form of feminine and masculine beauty and how it meets the eye of the beholder. I hope to connect with people facing similar struggles from across the world through this initiation.”