A yen for all things cultural!

Delhi-based filmmaker and designer, Beenu Rajput is now promoting culture through her films and various organisations. 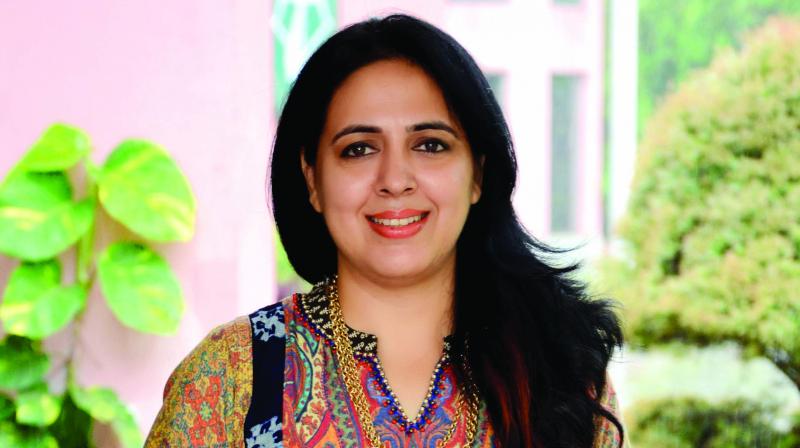 From being a creative fashion designer to a dynamic documentary filmmaker to a writer, Beenu Rajpoot has covered a lot of ground professionally. Born and brought up in Punjab, she came to Delhi in 1999 to pursue her studies in fashion and filmmaking. While an energetic Beenu has made numerous films, she is also working for the cause of environment and culture with organisations like ‘Precious Planet Charitable Trust’ and ‘Bhartiya KalaSanskriti Foundation’ in Delhi.

Most of her films are based on Indian art, culture and literature with thought-provoking messages for the society. She has also trained in Kathak with renowned dancer Shovna Narayanan. While the multi-talanted Beenu seems to have achieved a lot, things did not come easy to her. “Coming from my background in early 90s, learning Kathak was something unheard of. However, when I came to Delhi I had the freedom to pursue dance and that is how I got associated with Shovana Narayanan. Even though I only trained for a few months, this relationship bloomed into something better later,” she shares. All aspects of Beenu’s personality come from her passion for art and culture.

“I feel deeply for all kinds of art and culture. It is very important to me and that drives me too,” says the 38-year-old, adding, “I like documentaries for the same reason as well. Film is incredibly democratic and accessible, it’s probably the best option if you actually want to change the world, not just re-decorate it.” She believes that culture and heritage can be revived through documentary films. She started with photography and was encouraged by wildlife photographer Mike H. Pandey to pursue filmmaking.

According to Beenu, “Movies touch our hearts and awaken our vision, and change the way we see things. They take us to other places, they open doors and minds. Movies are the memories of our lifetime, we need to keep them alive.” Storytelling documentary expands our understanding of shared human experience, fostering an informed, compassionate, and connected world.

Her first film was the biography of Shovna Narayan titled Born to Dance: A glimpse into the life of dancer. Some of her other films include Wall of Valour: A tribute to Martyrs, Mera Safer: Ali Sardar Jafri, Banaras: Ka’be-e-Hindostan: Ghalib’s Ode to Banaras and Mapping Kathak Villages: Kathik Log to Kathak Dance.

Ask her how she manages so many roles, and she says, “it’s all about one’s passion. I try to pick up rare topics and projects and I love to research. Authenticity is very important. I cross check with the concerned people.”

She says she is a workoholic. “My life is totally surrounded by work. It is very important to be independent. While it might take some time to make a space but one can definitely reach the point one desires to. Women have the world opening up to them now, I am doing my work and enjoying it,” she concludes.