The world almost doesn’t know which way to look when the topic of androgyny is brought up. 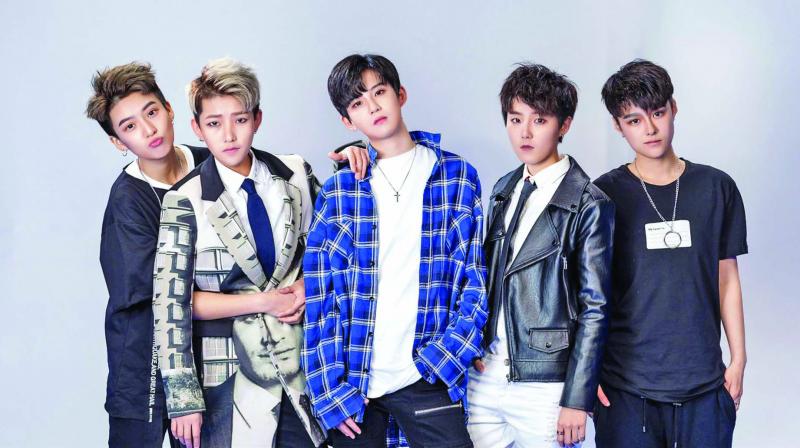 Recently, the girl showed me a piece which spoke about the current heartthrob boy band. The piece began with some details about their cult-like fan following, few pictures from recent photo-shoots and concerts, and one very vital piece of information about them: they were not boys. None of them. In fact, they were five girls who, with their sharp haircuts and boyish dressing sense, had the world’s most populated nation willingly fooled. China, where hot young boys are affably referred to as ‘husband’ (material), suddenly didn’t know which way to look.

The world almost doesn’t know which way to look when the topic of androgyny is brought up.

South Korea deals with it fine, Japan taught the world how to do it in the first place, but barring these two regions, the idea of a converging look, one that makes it difficult to differentiate between a man and a woman is too unsettling. But, as an explanation but not in their defence, for the world which still largely grapples failingly with accommodating sexual preferences of an individual and uses words as a-normal and deviant for anything that isn’t hetero, androgyny is a long way off.

For India especially, with its recent spate of re-ignited hatred for anything that doesn’t agree with the personal ideologies of the most religiously twisted, androgyny is a whole new brewing kettle of trouble.

I, for all my liberal (also libertine) tendencies, too have an objection. So far all androgynous statements have been about women who look like men. It’s rare to see the reverse without labels of transvestite being thrown about. It’s as if women can dress up masculine and it is called a power statement but if a man decides to go down that road, it’s only the choicest of expletives that he shall be honoured with.

When I started wearing funky printed socks, people consoled my parents for my wayward tastes. To me, that’s sexist and somewhere we are all guilty of propagating it.

Let me share an example from a personal experience: recently a cycling website openly advised men to look at women’s cycling shoes because (a) for men with narrow heels they are a better fit and (b) women’s shoes can afford us more colours (again a very sexist thing to do, not offer men colours). And it made me wonder why I too hadn’t gone down the similar route. My inherent conditioning had prevented me from even considering looking in the women’s section. Our education is rooted in ideas of gender bias and if we ever wish to discuss equality, we need to eradicate such notions first.

This isn’t just about wearing a pink shirt. Get out there and try your best to be sartorially gender neutral. This is me making a call for androgyny: accept it, embrace it.